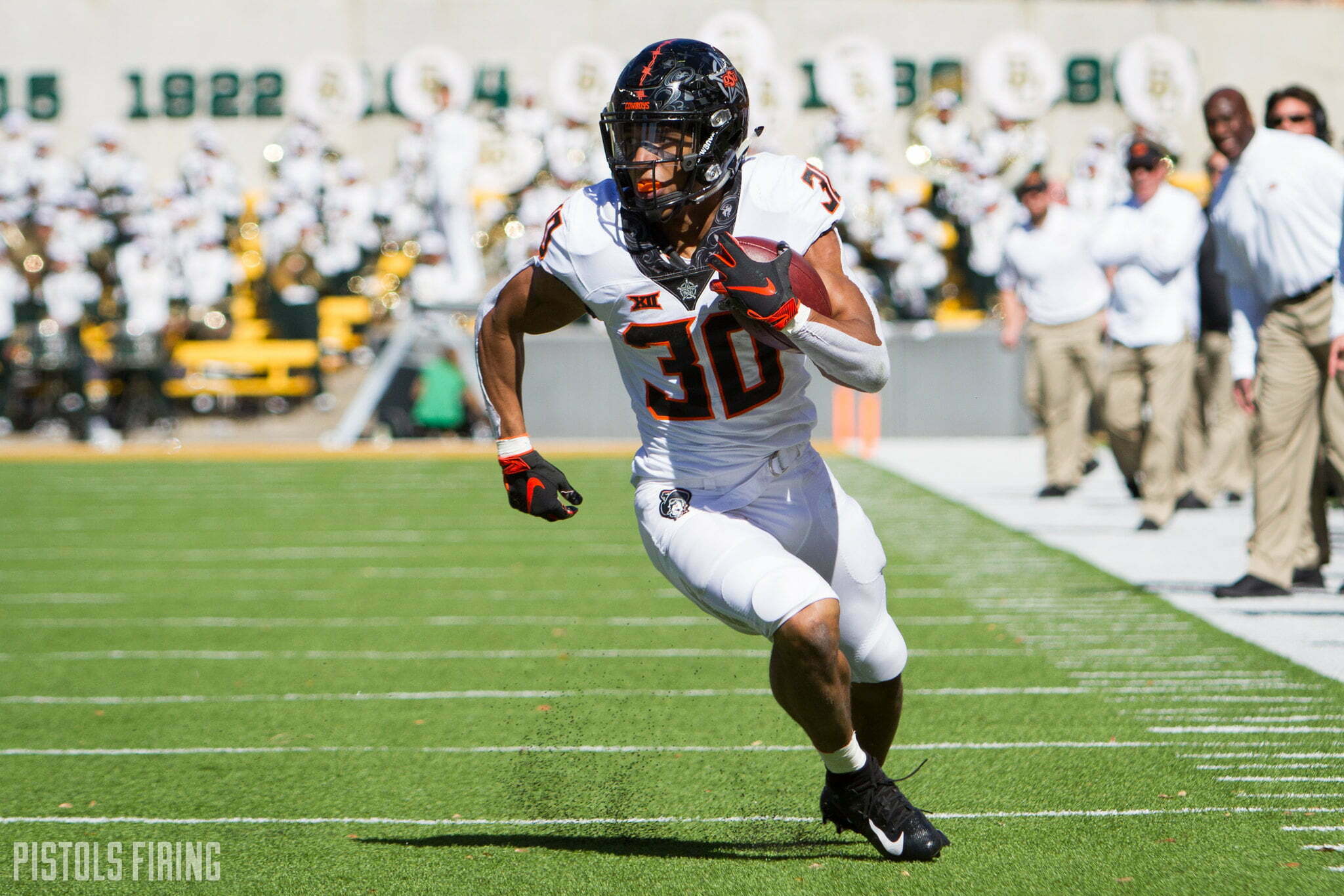 We’re in Week 2 of our position previews, and this week we’ll take a look at a group that gives OSU fans a lot to be excited about.

Oklahoma State’s running backs have been a point of pride for the team of the past few seasons with the stable’s skill and depth. The group definitely has skill in Chuba Hubbard. There is a lot of potential behind him, but that potential is a bit unproven for now. Let’s get into it.

A running back unit that lost Justice Hill and J.D. King might be thought to be in rough shape, but John Wozniak’s group still looks solid. Apart from Chuba Hubbard and LD Brown, the group is untested at the D-I level, but there is depth there without a doubt.

LD Brown (R-Jr.): One of two returning members of the four-headed beast that was OSU’s running back unit in 2018, LD Brown played in 10 games last season but had only 163 yards. Seventy-seven of those yards came on a touchdown run against Missouri State.

Micah Cooper (R-Jr.): Micah Cooper is the latest in a long line of players to come to Stillwater from NEO. A walk-on, Cooper originally went to D-II Henderson State out of Madill High School.

Deondrick Glass (Fr.): Deondrick Glass comes to OSU as the 2019 recruiting class’ 13th-ranked running back. At Katy High School (TX), Glass ran for 4,964 yards and 82 touchdowns in his final three seasons. In his senior season alone, he ran for 1,951 yards and 30 touchdowns. He comes to OSU after having offers from Alabama, Ohio State, Oklahoma, Texas, Georgia, LSU, Miami, USC and a lot of others.

Chuba Hubbard (R-So.): Chuba Hubbard took over as OSU’s RB1 early in last season’s Bedlam game after Justice Hill went down with injury, and Hubbard was fantastic. In his first year of college football, he ran for 740 yards and seven touchdowns on 124 carries. In three of the Cowboys’ final four games, Hubbard surpassed the 100-yard mark. He is still an underclassman, but he has the hype of a junior or senior entering the 2019 season.

Dezmon Jackson (Jr.): Last season at Hutchinson Community College, Dezmon Jackson ran for 1,216 yards and 13 touchdowns on 163 characters. He was the 15th-ranked running back in the 2019 juco class. Jackson is the cousin of Baltimore Ravens running back Kenneth Dixon.

Jahmyl Jeter (R-Fr.): A power back, Jahmyl Jeter saw some special teams work in the Liberty Bowl, but he is still waiting for his first collegiate carry. Jeter ran for 4,008 yards and 48 touchdowns in his last three seasons at Brennan High School (TX), including a 1,033-yard, 16-touchdown senior season.

This season will be the first full year of the Chuba Hubbard Show.

Hubbard is the undoubted starter heading into his redshirt sophomore season, but behind him is where things get interesting. It looks like LD Brown, Jahmyl Jeter, Dezmon Jackson and Deondrick Glass will all compete for reps behind Hubbard.

Glass is probably the most intriguing of the group given how highly regarded he was as a recruit, but he has the least experience and the other three were all participating in spring practices. With that said, Mike Gundy hasn’t ruled the freshman out as a contributor, going against what some would see as his liberal use of the redshirt over the past few seasons.

“If he’s in good shape, he’s got skill,” Gundy said this spring. “Three weeks in August is all about durability and ‘Can I pick up the system?’ His skill set says if he can pick the system up and if he’s durable to make it through, he could play a role, too. If he is, you play him. You don’t really redshirt guys like that much anymore.”

Unless one guy stood out behind closed doors this spring, it’s tough to say who will get the majority of Hubbard’s leftover work. It’s probably something that will get worked out in the early parts of the season before Big 12 play.

The Canadian flash’s ceiling is being one of the top running backs in the country, and his floor looks like it’s averaging 100 yards a game, which is an awesome floor. Durability was an unknown for Hubbard last year, but he stayed solid through the four games he was the Cowboys’ featured back.

He also looks to have a solid supporting cast. In a state of transfers in college athletics, OSU has done an excellent job maintaining a solid stable of backs, a stable that survived a junior turning pro and a transfer.

Often running backs are only as good as their offensive lines, and luckily for Hubbard and Co., the Cowboys’ line also looks to be going forward.

It’s easy to think the group has solid depth, but it’s honestly an unknown until it’s seen in live action.

Apart from Hubbard and Brown, no one in the position group has taken a Division-I handoff before. If everything turns out how it expected, the Cowboys will have a bit of an embarrassment of riches in the backfield, but we won’t know for sure until at least Aug. 30.