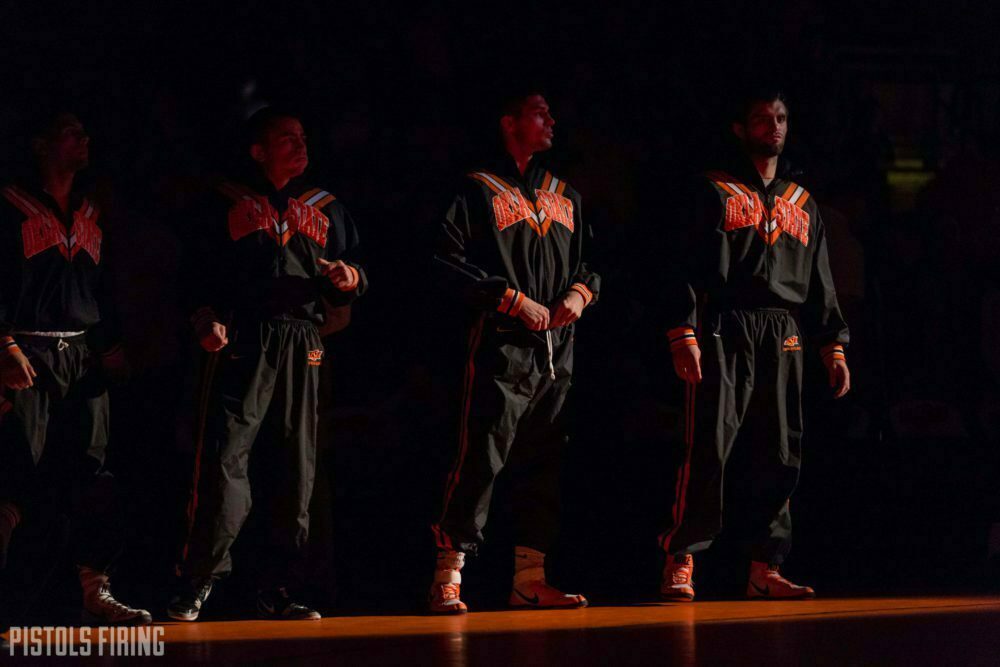 For Cowboy fans that listened the Roger Moore broadcast of the NDSU dual on Sunday you may have heard the Cowboy Wrestling Club’s commercial featuring Coach Smith.

The spot emphasizes (and I’m paraphrasing) the value of the Cowboy Wrestling Club to the program and mentions that they are a big part of the facility upgrades and the expansion of the wrestling room that the program is trying to accomplish over the next year and a half.

What are the specifics of the facility upgrades? That we’re not 100 percent sure of. We will be asking at the next media availability, but you have to assume it surrounds changes to the wrestling room and locker room. We all know the duals are wrestled in GIA and a change to GIA would be widely known as it would impact a lot of sports, where this is focused just on wrestling.

OSU’s wrestling room has been in need of expansion/upgrade for some time. The current room is the same room they’ve had since the 2000 GIA expansion. I was able to find a few videos to show that there has been little change since then. The first video is of a practice circa 2005-2006 and the second is from about a year ago. Nothing’s really changed except the upgrade of the mats.

During that time we’ve seen upgrades to both the men’s and women’s basketball locker rooms that were built during the same time period and numerous other facility upgrades across campus.

We were able to find that there is a fund set up on the OSU Foundation’s website titled the Wrestling Facility Renovation Fund.

Again we will be researching the specifics of the plan and what they will be doing and will provide you all with the information as soon as we receive it, but it does look like the wrestling room will be getting a much needed face lift.

This is desperately needed. It’s really pretty incredible with all the history in this program how down the facilities are currently. To help give you an idea of where OSU is in this regard compared to the rest of the wrestling world here’s a video of WVU’s wrestling facilities. They finished 7th in the Big 12 last year and they have their own stand alone facility for wrestling, their room has a full additional mat, and the entire facility itself is about 15 years newer than the Cowboys room.