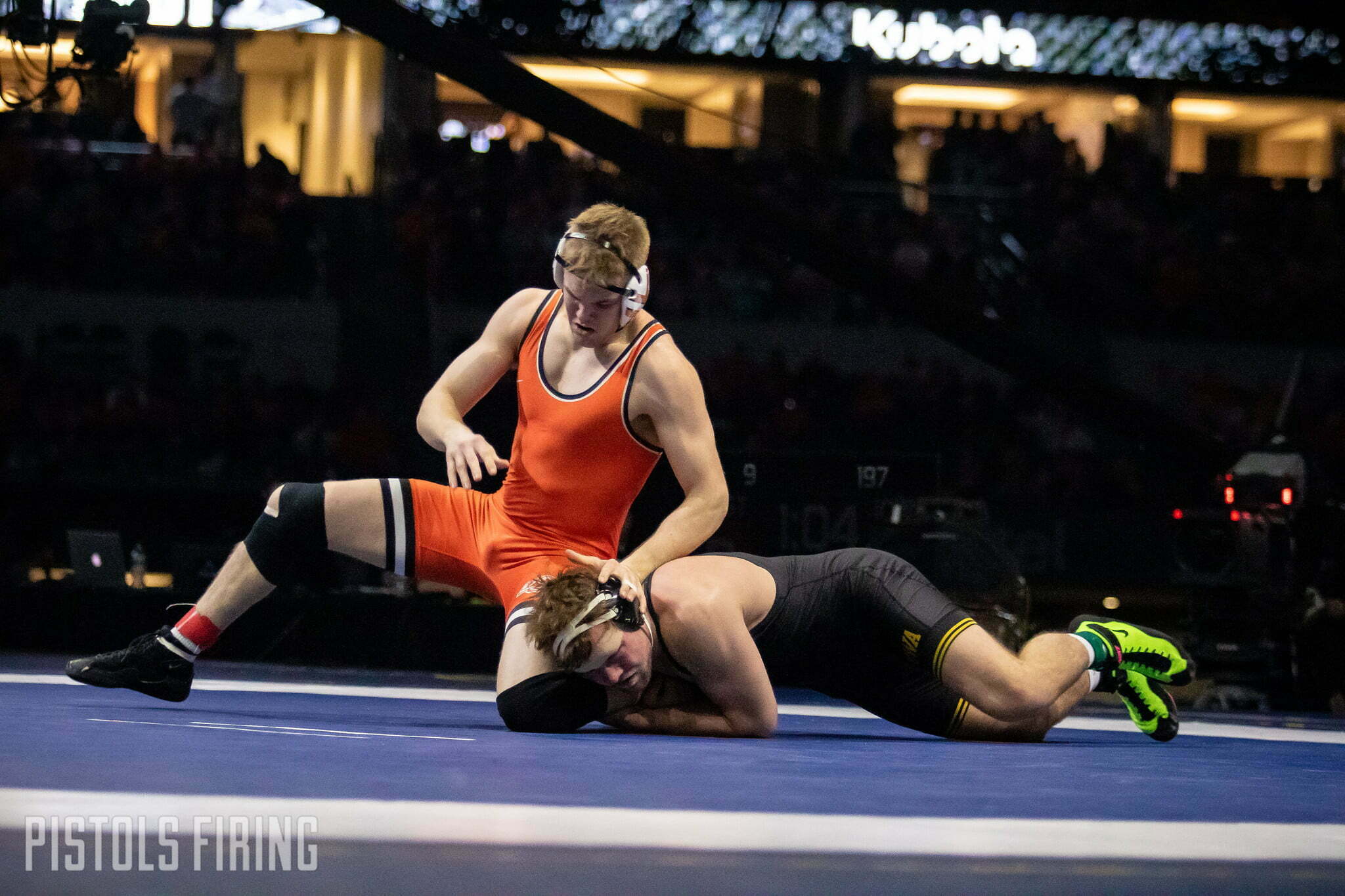 STILLWATER — Like all the Cowboys, Gavin Stika was concerned for his teammate when news started circulating that AJ Ferrari was involved in a car crash on Jan. 24.

Stika said they had just finished a night practice. He had gone home and was having dinner when team leader Daton Fix informed the team as best he could in their group chat. Stika said wrestling was one of the last things he thought about. Ferrari’s health was more important, and he ended up being alright. But Stika said at one point that night, the realization hit him that he might be the guy at 197 for Oklahoma State.

“Obviously you want to be in the lineup because you’re the No. 1 guy, not just for injuries and stuff like that,” Stika said. “But it’s exciting. Coach (John) Smith says pressure is a privilege. There’s a lot of people that don’t get to go through life with feeling any type of pressure or feeling any type of anxiety, and I always tell myself whenever I’m feeling anxious or pressure, that means I’m doing something that matters to me, that I’m doing something that’s important to me.

“It’s an unfortunate situation for AJ, but it’s an opportunity for me,” he added. “That’s what I’m looking at it as, whether I’m called in at 74, 84 or 97, it’s a gosh darn good opportunity. If you get to walk out there and put on an orange singlet, it’s a good opportunity.”

There were five duals between Ferrari’s accident and when Smith said Ferrari would be out for the season. Stika said during that time he got comfortable with being uncomfortable. He said thinking about whether Ferrari would return or not wasn’t going to help him.

Stika went 1-4 during that time, beating Northern Iowa’s John Gunderson in his dual debut before falling to four wrestlers ranked in the Top 16 of the national rankings. Since the announcement that Ferrari wouldn’t return, Stika beat Bucknell’s Mason McCready before falling to another ranked wrestler in Oklahoma’s Jake Woodley.

Now, Stika preps for his first Big 12 Tournament, where he is in a 12-man bracket with seven wrestlers in the Top 25 in the country at 197 pounds. The Big 12 has seven automatic bids the the NCAA Championships at 197 pounds, meaning Stika would need to win two matches this weekend to steal someone’s spot.

“It’s an uphill battle, but you got to win somewhere,” Smith said before the duals against Bucknell and Oklahoma. “If it doesn’t happen this weekend, you’re gonna have to take take someone’s spot at the NCAA Championship. For him, we would love to see that. Not that it’s going to create a lot of points for us at the NCAA Championships. It may. His role on our team in his career, he’s played the role that he’s needed to play without ever questioning anything. These are solid guys. They’re gonna be solid men in life. They’re gonna be successful in life. You want to hang in there and see if we can’t get him there.”

Stika has been on the lighter side of the weight. He was listed at a 174-pounder last season, where he went 3-1. His weight ascent doesn’t stop there, though. Stika won an Ohio state title at 152 pounds, going 55-1 in his senior season. He redshirted during the 2018-19 season at OSU before going 13-3 in tournaments as a redshirt freshman in 2019-20. During that redshirt freshman season, he won the OCU Open and Golden Norseman Open.

He has continued to gain weight while filling in for Ferrari. After his win in the Bucknell dual, Stika said he comes in after an off day “every bit of 200” pounds. He said he didn’t have to change his wrestling style too much going up to the bigger weight, but he said he does feel the need to wear guys down before wrestling them.

There aren’t many underdog stories for OSU wrestlers at the Big 12 Championships, but Stika is one. The Cowboys have dominated the event, winning the past nine conference titles. But this year’s event should be the closest it has been in a while, with Iowa State and Missouri looking to interrupt the Cowboys’ unquestioned reign. If Stika can find a way to score any points for the Pokes, it would be big. If he can find a way to win two matches and get to the NCAA Championships, it would be massive.

“No one comes here wanting to be second in line or third line, so these are opportunities that come up and they come in all shapes and sizes,” Stika said. “You don’t know when they’re gonna come. You don’t know if they’re gonna come in the summer or you go into a tournament with an opportunity or anything like that. It’s something special to wear an orange singlet. It’s not to be something that’s taken for granted or slighted in any way. It’s an important thing.”