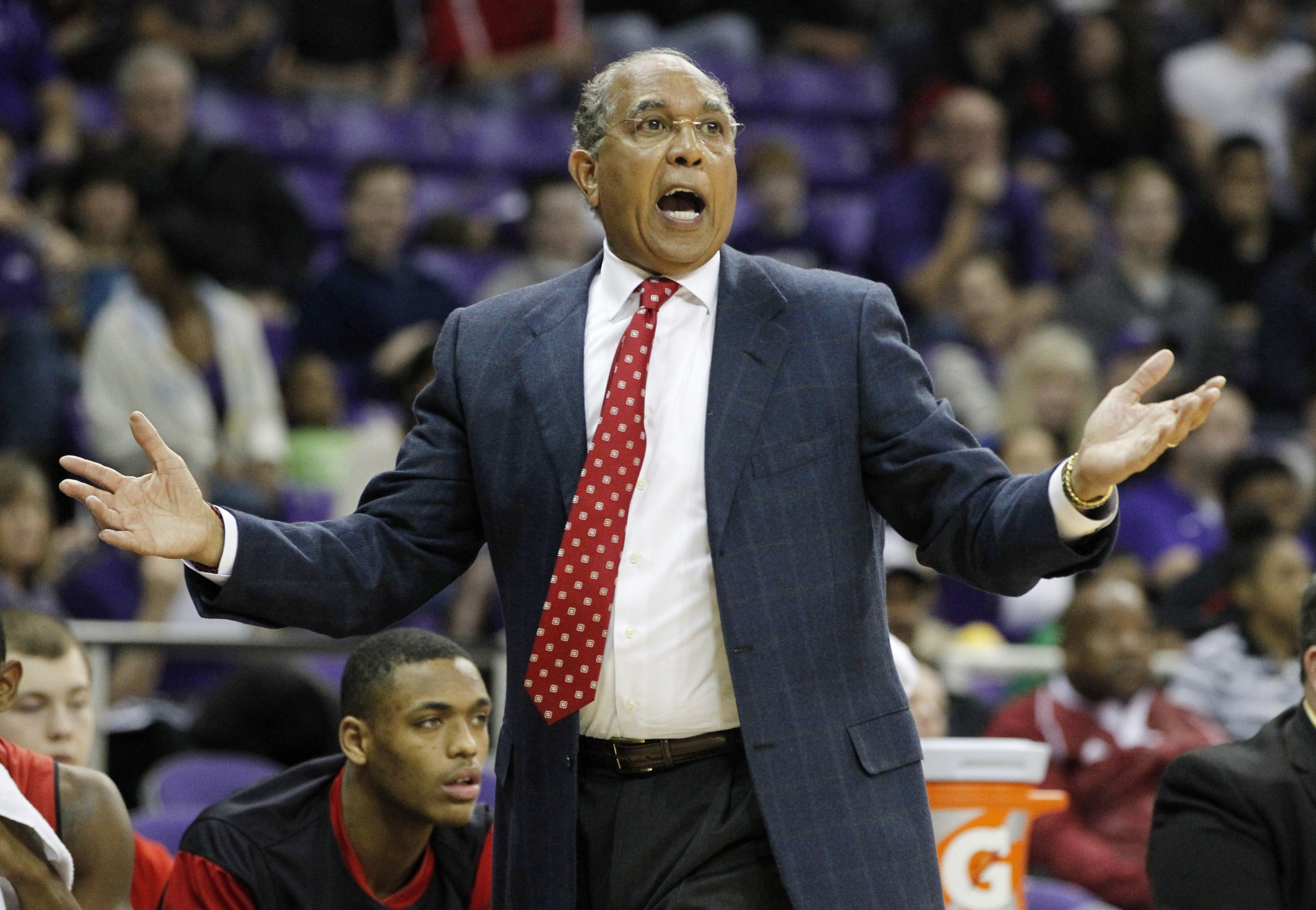 I spent this entire week trying to think of how to start this edition of the preview. Unfortunately, I don’t have a specific landmark event I can remember that kickstarted my hatred of the Red Raiders. Is that because Tech isn’t that hateable? Ha, that’s adorable.

Quite the opposite, actually. Other schools may be more hateable (Hi, Baylor!) but Tech is right up there with a certain school that, when combined with a certain profanity, forms most of my internet passwords in terms of number of reasons to hate.

Let’s start with the fact that Lubbock was a dry country up until 2009. When I say ‘dry county’, I mean they basically still abided by prohibition laws. Imagine that. Those unfortunate souls who found themselves condemned to an extended period of time in the West Texiest of West Texas couldn’t even drown their sorrows in sweet, brain altering booze. These people are sadists, I tell you.

Next, let’s consider that the Texas Tech basketball program is a retirement program for once great coaches.

First, Bob Knight strangled one teenager too many and was shipped to no man’s land. This is the closest anyone has come in modern times to re-enacting Napoleon’s banishment to Saint Helena.

Then, Billy Gillispie partook a bit too much on his Kentucky Bourbon tour and was sent to dry out in Lubbock. Unfortunately, he arrived two years after the prohibition laws had been lifted. More unfortunately, he inherited a team put together by Pat Knight (who’s dumb enough to name a guy head coach just because he’s the son of a legend?)

Now, Tubby Smith has taken the reigns after being ousted in Minnesota. Pros: it’s much warmer in Lubbock and their school colors aren’t as hideous. Cons: There’s actually less to do in Lubbock and wearing fewer clothes than their Minnesota counterparts doesn’t do the Tech coeds any favors.

Finally, I hate that their “guns up” finger guns are constantly confused with our pistols. They throw guns up like Baylor paws the air with their bear claw. The sole purpose is to identify who in the crowd is unemployable.

In non-conference play, the Red Raiders squared off with six opponents from major conferences. They won one of those games, but it was against Houston, which barely counts. They did stay within 20 of Arizona, which will likely go down as their best performance of the season.

In Big 12 play, they beat Baylor (good!) and TCU twice (but Baylor!). They’ve played everyone close, however. Their largest loss in conference is an 11-point setback against Iowa St. to open the Big 12 season.

They only give up 69 points per game, but their defensive rating is among the worst teams in D-1 (a full 211 spots below OSU).

They do, however, have a man at the helm with a national championship ring. And there’ll be 15,000 fans on hand to make up the first sellout at United Spirit Arena brought to you by O’Reilly’s Auto Parts since 2007(!!). Don’t worry, fans, you’ve missed absolutely nothing in the seven plus years you’ve been away.

I found the roster and bios hard to find on the Tech website. That should be a lesson. Because if you’re searching for more information on Texas Tech’s basketball team, it’s time to re-evaluate some of your life’s choices.

Besides the fact that Jaye Crockett’s parents felt the need to class up his first name with an unnecessary ‘e’, he’s actually a decent player. He leads the team in scoring and rebounding, but amazingly not in number of times he has to correct someone who tries to spell his name.

That honor goes to Dejan Kravic, who’s a well-traveled student athlete originally from Bosnia-Herzegovina. Do not adjust your set, his beak really is that large and angular.

Dusty Hannahs is the Raider’s biggest threat from outside as he’s shooting over 40%. His name makes him sound like one of Charlie’s Angels, however. Oh, I just saw his picture. He’s a pretty fellow.

The most interesting stat on Tech this season is that they’ve only had a player foul out five times.

This is the part where you say, ‘really? That’s not that interesting.”

And I say “exactly!”

On their trip to West Virginia, they managed to shoot 12 of 19 from 3 and still lost. In their last game, hosting TCU, they went one of 16 from three and won.

So, I don’t know. This team doesn’t make any sense. If, at the end of the season, it turned out that this season of Texas Tech basketball was just some weird performance art piece, I wouldn’t be shocked.

Texas Tech basketball presents, ‘The Duality of Man’ in 32 acts.

A team featuring three players who will likely spend time in the NBA can’t possibly lose to this Tech team, can they?

If they can, here’s the blueprint.

Crockett puts two early fouls on Le’Bryan Nash and send him to the bench. Hannahs enjoys a hot shooting night thanks to OSU’s employment of the Brady Heslip Defensive Scheme, which consists of hoping an established shooter gets lonely standing by himself for the entire game.

Increasing the likelihood of this outcome playing out is that this is an 8:30 tip. Everyone knows, the longer you force someone to spend in Lubbock, the more they focus on leaving and nothing else. I can definitely envision Marcus Smart intentionally missing a potential game tying lay-up so OSU’s team bus can depart an hour earlier.

With all that said, I think there’s no one in red and black who can check Marcus or Markel. Nash is as even a match-up as Crockett will face this season. Marek Soucek can shout incredibly offensive things at Kravic in a language no one else understands. OSU wins this one and temporarily restores some optimism to the fanbase.