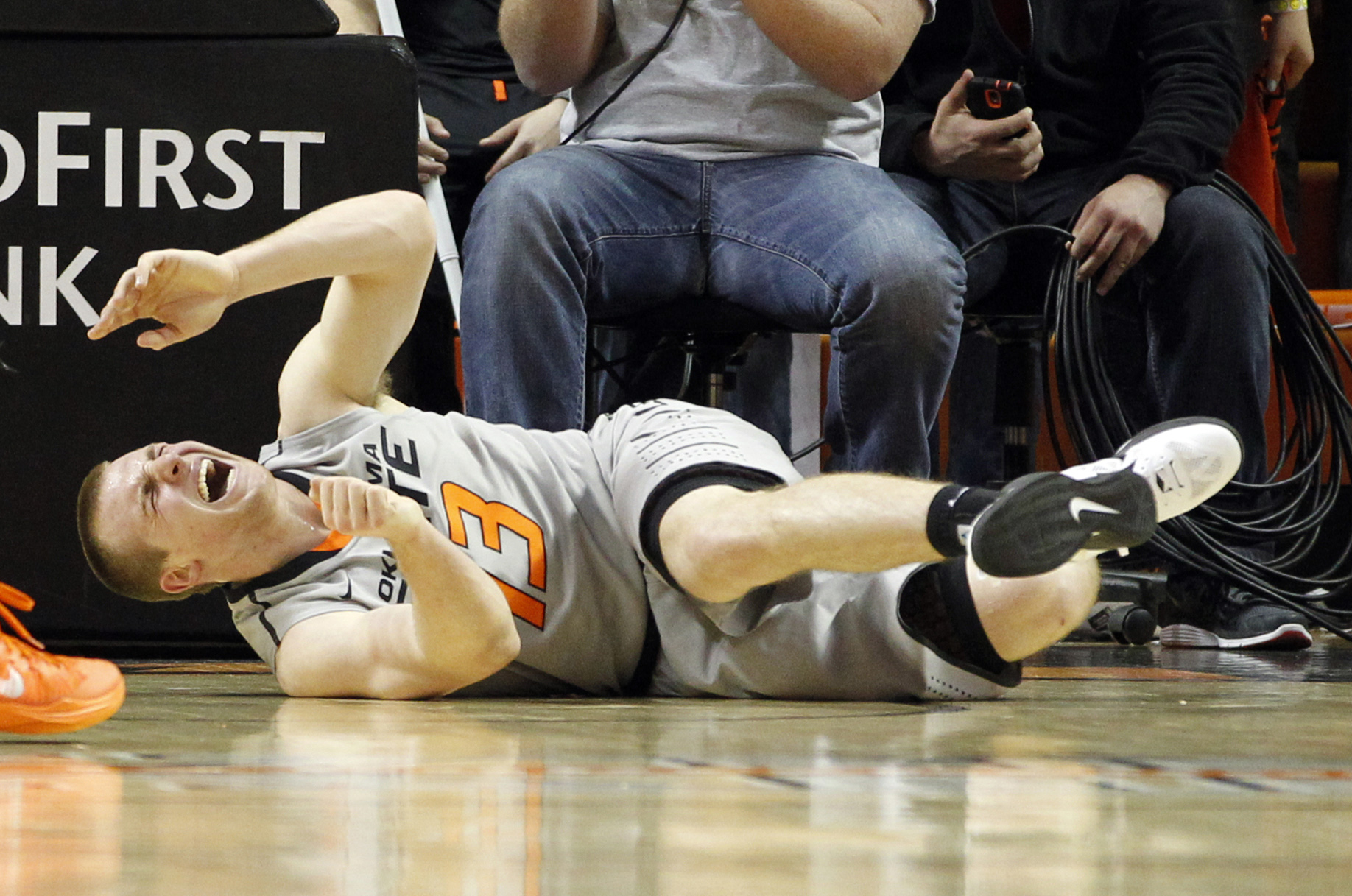 My first memory of anything Iowa State basketball related is when they made an unlikely run to the Big 8 tournament finals to face the Pokes in 1995. I caught a good chunk of that game on the radio because life was horrible and difficult way back then.

I distinctly remember Bill Teegins and Tom Dirato repeatedly talking about one of the Cyclones’ leaders, an ugly Slovakian big man named Julius Michalik. He only played 20 minutes at Kemper Arena that day, but went 4-5 from the floor. Later, his prowess with the ladies would be immortalized by Petey Pablo. (Please someone get that joke.)

OSU won that game, swept the 3-game season series with ISU and went on to the Final Four. Naturally, there wasn’t much to hate about the Cyclones back then.

Years later, at another conference tournament the Cowboys would end up winning, a Curtis Stinson led squad made some noise in the early rounds. My seats in the arena were painfully close to a group of 30-something Clone bros, who spoke of Stinson as if he were a combination of Michael Jordan, Bill Brasky and Jesus Christ.

After Iowa State embarrassed Baylor in the first round, my group went to a local steakhouse because if you’re not watching basketball with a belly full of red meat, you might as well be watching cricket. Suddenly, we hear “ HOWWW BOUT THEM CLOOOONNEESS!!” from the table next to us. It was the Clone bros toasting their victory with a round of the cheapest of wheat beers.

The bros would stalk us for the next 24-hours. Like a horror movie, every time we thought we had lost them, the tranquility of the moment would be shattered by a “HOWWW BOUT THEM CLOOOONNEEESS!” and I’d lose my freaking mind. Thankfully, Texas Tech sent them home the next day and the Clone bros were never seen again.

During their run of 14 straight wins to start the year, a friend texted me in shock because he didn’t realize Iowa State was actually good this year. Four out of six losses later, turns out they aren’t sure if they’re good this season either.

They do have one of the best offenses in the country, a better-than-you-think defense and have been tested against one of the most difficult schedules. They also have lots to be jealous of. Namely, a local hero turned head coach who fills their arena by implementing a specific, entertaining style and recruits the perfect players to run it.

But, the complete opposite of that is good, too.

Their exciting style of basketball, however, is completely out of place in Iowa, which is a well-known reservation for boring people. If you’ve seen the director’s cut of ‘Field of Dreams’, you know the full quote goes like this:

Iowa State, Iowa U and Northern Iowa all list one of their school colors as gold, but we all know it’s actually yellow. You know what else is yellow? Corn. Yay Corn! Goooo Corn! Iowa.

Once again, Fred Hoiberg has pilfered talent from other schools to bolster his own roster. Senior point guard sensation DeAndre ‘Danity’ Kane transferred in from Marshall and his heart is damaged. His numbers this year are also phenomenal, which makes him a ‘Show Stopper’. And I’m out of Danity Kane songs.

Melvin Ejim is a perfect undersized power forward, but his name reminds me of ‘Earthworm Jim’ and that game kinda sucked.

Georges Niang is surprisingly only 6-foot 7, which makes all the announcers drooling over his vast skill set incredibly ridiculous. He’s a lankier Le’Bryan Nash. Also, his bio points out that his name is pronounced “George”. That extra ‘s’ stands for superfluous.

No one else on this team is noteworthy, but rest assured that I’ll change my tune when a relative unknown has the game of his life Monday.

The Cyclones aren’t shy about hoisting up threes and have taken about 100 more than OSU. They only hit about 35-percent of those, however, which is actually a bit worse than the Pokes thanks to Phil Forte and of course Alex Budke (1.000 on the season!).

The danger is that everyone on the floor can hurt you from deep. Nobody on Iowa State’s roster shoots the long ball better than 40-percent, but they’ve got seven players who have hit at least a third of their attempts and have tried at least 40 triples. In contrast, Oklahoma State has only three such players. Well, had…(looks in Stevie Clark’s general direction).

I have no doubt this will be a game of runs. Both teams will likely go through wild swings of success punctuated by big shots and watching it will cause severe digestive distress for me.

Last season, Le’Bryan Nash averaged 16 points per game against the Cyclones and he’s been almost unguardable in conference play this year. Iowa State has no one to protect the rim. Perhaps we should give him the ball some.

Realistically, I don’t think we can beat anyone consistently unless our top four offensive threats all play well. That’s especially true against one of the top scoring offenses in the land. That said, I think Forte shoots it well all game long and Markel is his usual, efficient self.

It will come down to the Kane-Smart match-up. If one gets in foul trouble, their team is likely done. Danity has only committed 37 fouls this season to Marcus’s 59. Another category he leads the team in!

The past three seasons, OSU has a pair of two point wins and an overtime win against Iowa State in Stillwater. In a game that comes down to the final handful of possessions, who would you pick?