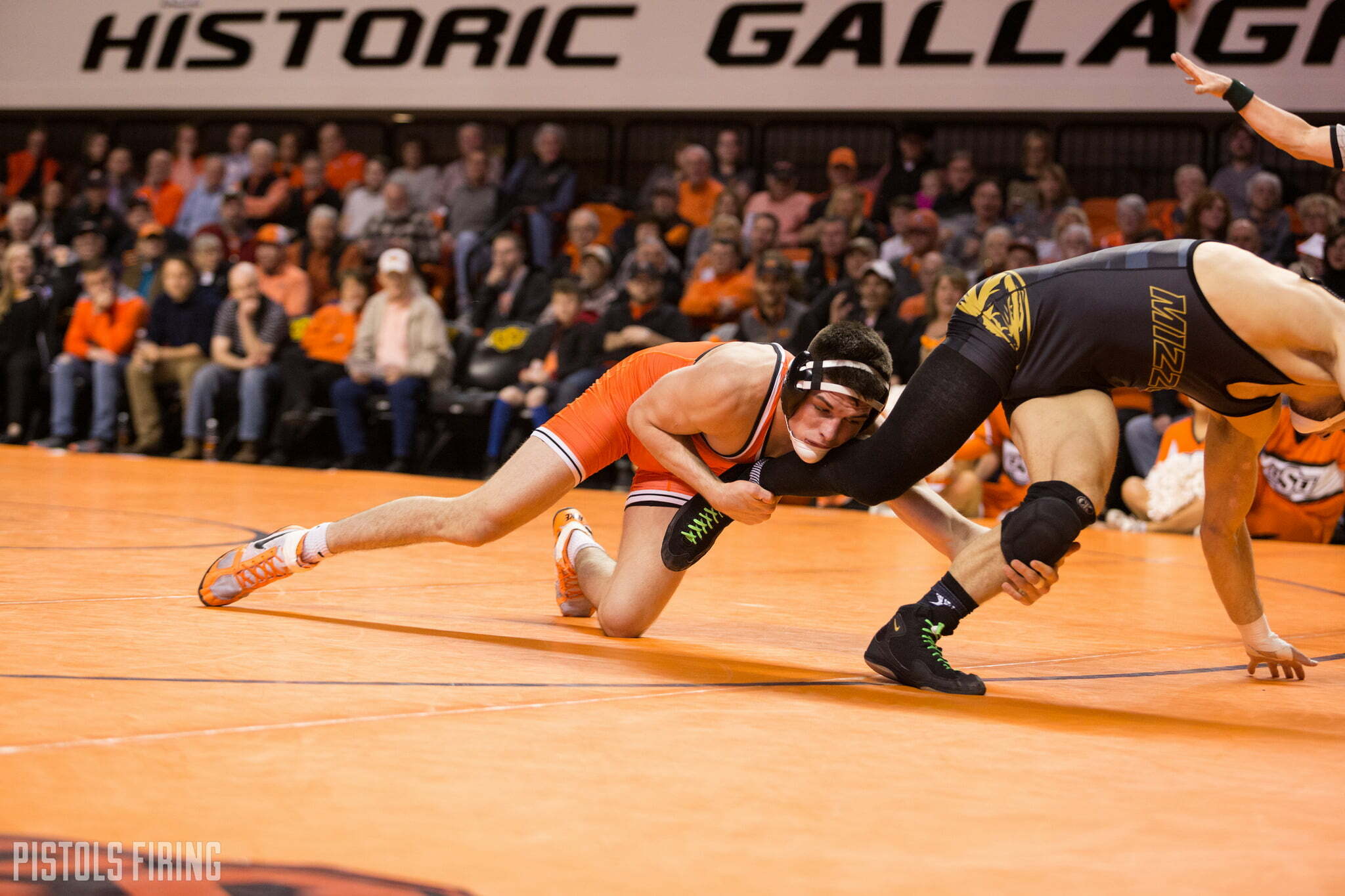 Here’s how you can tune in.

Before I go into the actual match I should say this. Any time OSU wrestling is on TV it’s big for the program and sport as a whole, which is positive for OSU. More TV time for OSU Wrestling is huge in recruiting, exposure, and in a number of ways.

As a fan you can make an impact here. If you have the ability show up to the dual try and go. It’s a lot more appealing to a recruit when they flip on the TV and see a full crowd. If you can’t attend watch it on TV or online. The more people watching this the more likely ESPN will come back to Stillwater for wrestling and do this again. That creates more exposure for the program, more national notoriety and is a big boost for the sport and for Cowboy Wrestling to continue to be the face of the sport.

Flo put out a pretty good video about the UNI program a week ago. This really gives a solid brief summary of what they’re about.

Doug Schwab and company have the Panther Train rolling and they are doing it in their own unique way. pic.twitter.com/JvnBKfISSz

Across the board, the Panthers are a good team. OSU is still a bit of a favorite, but it should be pretty fun.

Every other match should be pretty interesting and they’re all big for the Cowboys in the dual, but also with their Big 12 and NCAA tournament seeds.

Dean can beat anyone. We all know that, but you really want to see him get back to his winning ways here. This is a tough kid, tougher than unranked Ian Parker, who beat him last week, but Heil has all the tools to win this. You have to hope he’s not “shook up” by a couple of losses he’s taken and comes out and gets a win. It will be big for him to bounce back here.

This one is similar to 141 in the fact that Boo has took some recent losses but he has the talent to beat this kid. Boo is a very good wrestler. Thomsen is a good wrestler too and I expect he’ll bring it, but the talent is there with Boo. He just hasn’t done quite what you would hope after a tremendous start to the season for him. To me, he just needs to get back to the basics with his style, stay on his offense with his ankle picks, and not let guys get to shots on him. That’s his formula for success.

Neither of these guys are ranked. On paper you could say it’s a toss up type match but I think Blaylock will win. His gas tank just doesn’t run out and I think late in the match it could be close and he’ll pull it off. This is big for both of these guys. A win here improves their Big 12 seed and shot at the NCAA tournament

Jacobe was hobbled during the Mizzou dual Saturday night and was in a boot during the dual against ISU Sunday. Hestin Lamons stepped up and picked up a win for the Cowboys, but either on will face a tough out here. I’d like to see Jacobe well and wrestling here. You’d have to project Lujan as the winner, but it would be a really solid match. I liked what we were seeing from Jacobe lately up to the match vs. Mizzou where he was hurt really early on and had to limp through it.

The Cowboys sent Marsden out as the starter on Sunday vs. ISU for the first time, but Moore had been the starter all year. Marsden had been starting at 197 with Weigel hurt and made the move down to 184 when Weigel returned to the lineup.

It’s tough to know if A. the staff was just giving Marsden some time to adjust to the weight, B. if he beat out Moore for the spot in the room, C. if Moore just wasn’t performing to their liking and they’ve decided to go another direction, D. none of the above. Maybe the coaching staff hasn’t settled on a starter here.

This a big match for whoever goes out, though. This weight, more than any other, concerns me as far as qualifying for the NCAA tournament. A win here would go a long way in that department.