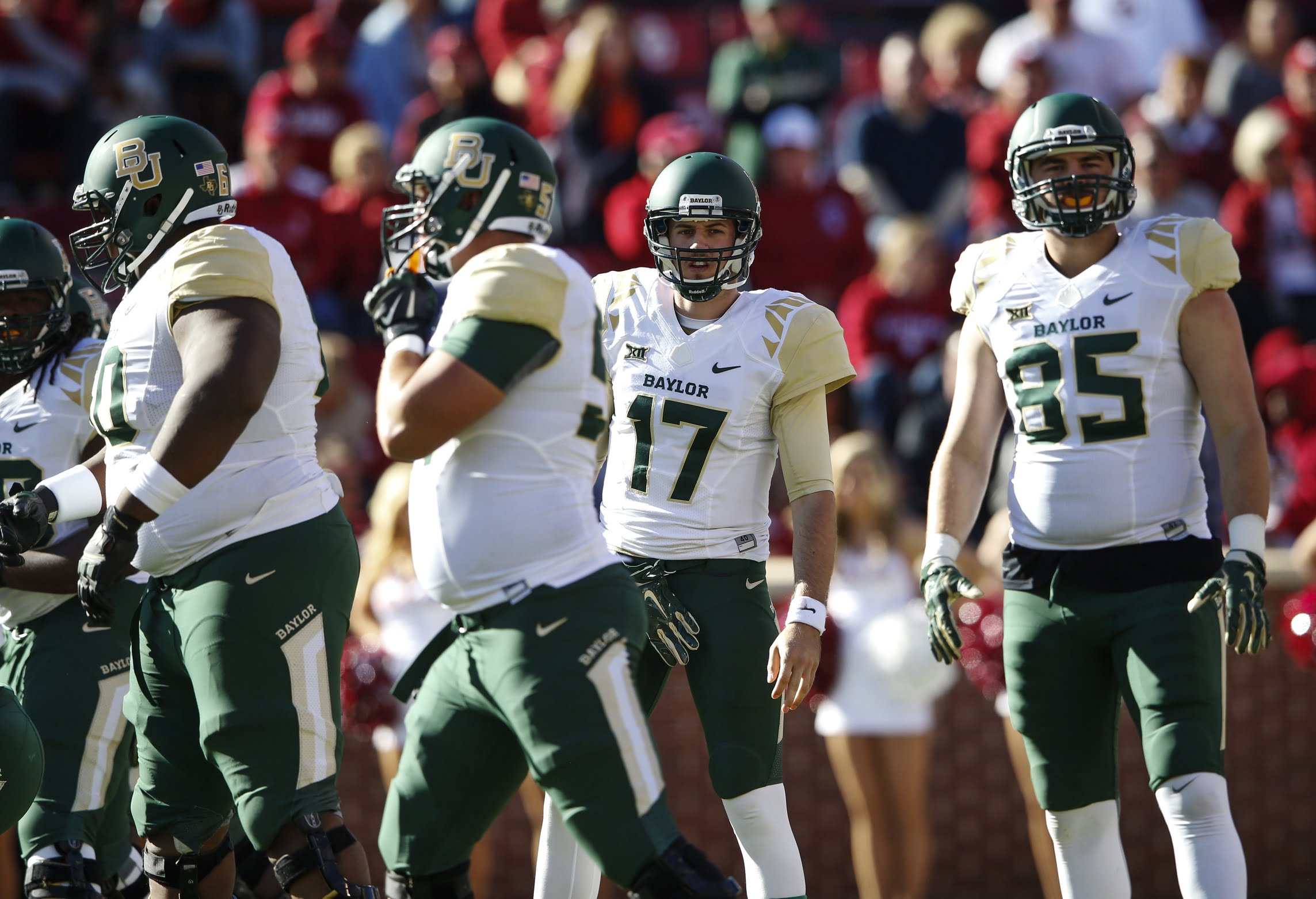 To Mike Gundy: “Where are my detonators, Mr. Cowboy?”

Given that whoever starts at QB for O-State on Saturday might look to be in worse shape than John McClane at the end of any Die Hard movie, let’s skip the usual formalities that have become customary of these previews, shall we?

Or would you rather hear more about how Baylor averages 50.1 points per game, which coincidentally is the best in the nation? I thought so.

Instead of mining for cheap laughs and explaining why Baylor is just awful, I’ve decided instead to supply you with something a little more useful for Saturday’s game.

You likely don’t need to know which of the Bears’ offensive weapons you’ll likely be swearing at, but you do need to know how to adequately cope with the pain of a lost season and an impending blow out.

Thus, I give you the OSU-Baylor drinking game! (Not responsible for any harm that comes to your person, belongings or relationships with your loved ones due to participation in this game.)

Rule 1: Kick-off is 10 minutes away, take a shot. You’re going to want to have a buzz going immediately since Baylor tends to strike quickly. You certainly don’t want to be caught sober when the first Power Claw makes an appearance.

Rule 2: They showed Mike Gundy! Take a drink. He hasn’t left to take another job yet and Boone Pickens hasn’t decided to take the team over with his group of old-timey ringers led by Red Grange. This is good news and should be celebrated.

Rule 5: Charles Davis says something that in no way makes any sense and makes everyone who heard it stupider. Take a drink. You might want to make that half a drink so you don’t die by halftime.

Rule 6: OSU scores points! Finish your drink. Hope you have more than one beer in the fridge…probably don’t need more than 2 though. 🙁

Rule 7: Emmanuel Ogbah gives Bryce Petty an ogbah! Take 2 drinks. Also make the heart symbol with your fingers and scream OGBAAHH! until your neighbors threaten to call the cops.

Rule 8: Tyreek Hill makes the correct cut and busts a chunk play! Take a shot. If this rule forced you to simply take a drink, we wouldn’t need a drinking game to make it through this. But alas.

Rule 9: Baylor commits a personal foul! Take 2 drinks. Those might be the biggest plays of the night so lets enjoy them. Two more facemasks and we’re in field goal range!

At this point, you might be wondering ‘what happens if OSU plays great and shocks the world by not only hanging with Baylor, but beating the Bears in a miraculous upset?’

First, I admire your spirit and your courage. Your positivity surely brings a light to every room you enter.

But just to be safe, here’s the ultra special, just in case of a miracle break glass rule:

Rule 11: OSU FREAKING WINS! Burn your house down then repent as this is surely the end of days.