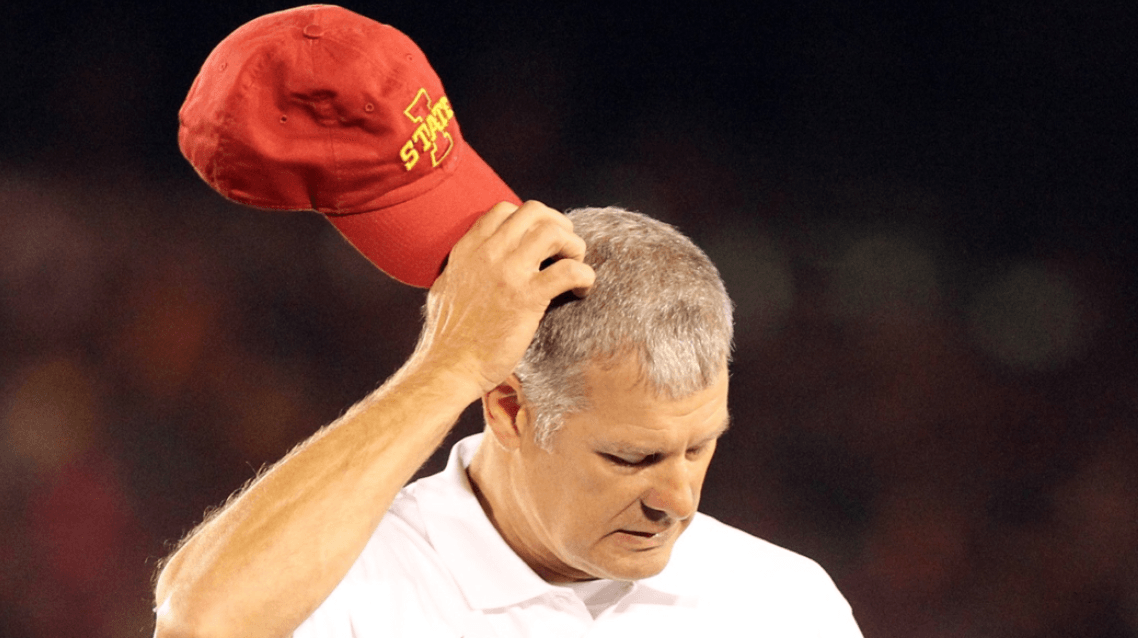 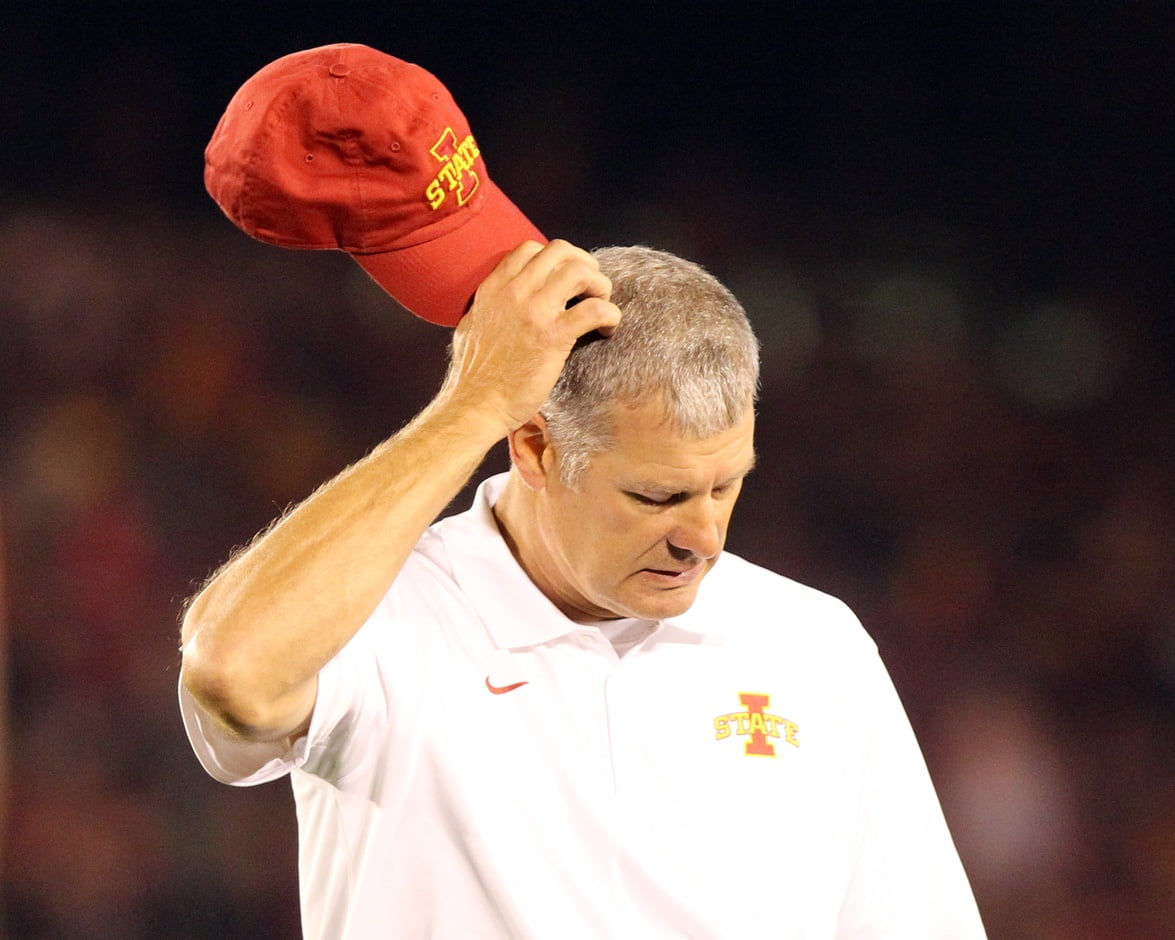 Just assume the first two paragraphs of this article were expletives that Kyle had to edit out.

I have very few memories of Iowa State football. I can picture Dez going up and winning a jump ball in the most Dez fashion against the Cyclones, but there’s not much else.

The Cowboys lost in Ames in Gundy’s first season at the helm. Actually, OSU got embarrassed. As they did a lot in those days.

That soul crushing pit of despair is impossible to get over. Believe me. If we’d all been smart, we would have started a brewery together in Stillwater called “Forget Ames” and all been millionaires by now.[1. Ed. note: I already brew beer and have a solid advertising platform. Let’s do this. A tremendous idea!]

Since everyone wilted on the inside, OSU has taken the Clones to the woodshed twice tallying a total score of 89-37. That’s an OSU women’s basketball score against Wofford. So not bad.

The problem is this isn’t painful for Iowa State. They get blown out on the regular. So regular that when ISU goes to work on Monday, they tell their coworkers about their weekend by saying “Didn’t do much. Just hung out around the house, got housed by 35, you know the usual.” They talk about getting embarrassed on the gridiron like a frat bro talks about getting tanked.

So we’ll have to get creative in order to pay them back.

“Hello, Iowa State? This is the college football playoffs, you’re in!”

Idea 2: Deliver a crushing defeat in basketball. This one has some obvious complications and issues involved with it.

It’s really the only way to inflict the pain and suffering on Ames that they inflicted on us. Boone dumps a truckload of money on Fred Hoiberg’s lawn and make the Cyclone faithful watch their native son lead OSU to the promised land. It’s foolproof.[1. Ed. note: I’m also very much in favor of this idea.]

Sam Richardson, starting QB and defensive back. What does it say about Iowa State that they have two players, IN THE SAME CLASS, with the same name? It says all the stereotypes about Iowa being a boring wasteland of corn people are on the money.

Jarvis West, senior WR. He leads the team in receptions this year and was putting together a decent season in 2013 until a he suffered a season ending injury against OSU. I guess I left one revenge option out of the list earlier.

ISU Coach Prototype. Current head coach Paul Rhodes took over for Gene Chizik, who took the reigns from Dan McCarney who inherited them from Jim Walden. So, if you want to coach at Iowa State, be a nondescript white male and you’re a likely candidate.

Players Out For The Year. The Cyclones have an astounding eight players who are out for the year, out indefinitely or have left the team. That includes their likely number one receiver, Quentin Bundrage. Good news for you sports medicine majors. I know where they’ll be hiring.

This is a team built to hang around. They’ve played arguably the toughest schedule in the conference so far and have stayed within three scores in every contest. That might not seem like much, but when you’re Iowa State, you hang your hat on moral victories. That would not make a good t-shirt slogan.[1. Ed. note: Entrepreneur.com might come looking for this article…]

Sam B. Richardson, the QB, is also the type of guy engineered for an upset. He makes plays when his team needs them, even after looking like, well, an Iowa State quarterback for most of the afternoon.

He’s not afraid to take big hits and he scrambles with infuriating effectiveness. Imagine an OSU defense from 1999-2009 and Richardson would be their worst nightmare.

When OSU’s offense has the inevitable string of 3 and outs, Iowa State is the type of team that could make them sweat.

Iowa State is actually worse at running the ball right now than OSU has been and the Cyclone rush defense is also abysmal.

Remember when Des Roland rumbled for 219 yards and 4 TDs last season? I’m not saying he’s going to do that again, but the defense he’s facing could actually be even worse.

ISU is only giving up 236 yards per contest through the air and rarely allows a passing TD. Still, the only great passing attack they’ve faced is Baylor and the Bears piled up 357 yards through the air. Fairly pedestrian numbers for them, but that was in a game Baylor had won by the 2nd quarter.

Eventually, O-State’s ground attack is going to come alive. Even if it doesn’t happen in this game, Iowa State doesn’t have enough punch on offense or talent on defense to walk out of Stilwater victorious.

That won’t make up for 2011, but if we’re not sulking over another unexpected loss, we’ll be able to expedite the Mayor’s exit from Ames.