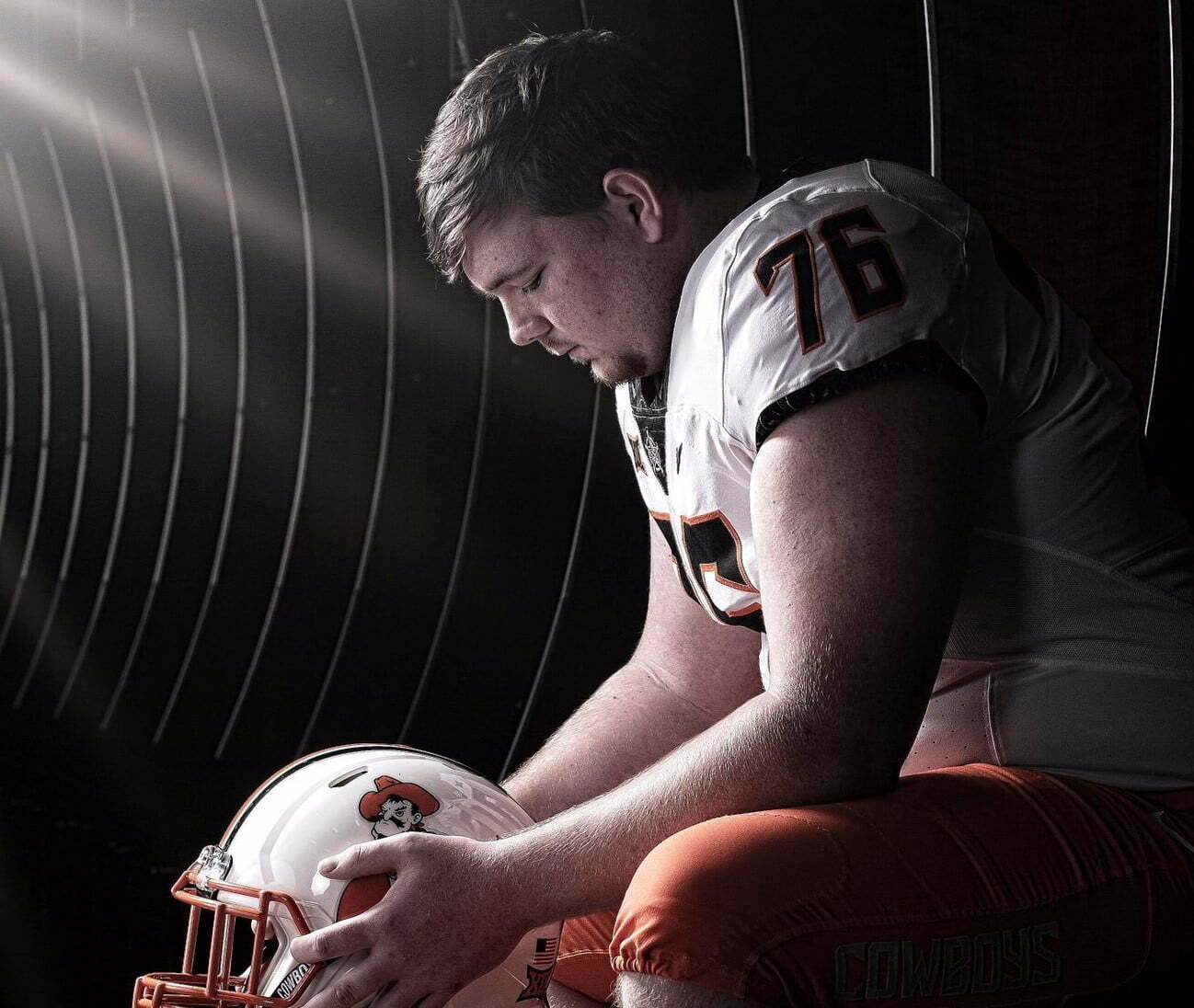 Eli Russ was the Cowboys’ first commitment of the 2020 cycle, pledging to Oklahoma State back in April of 2018.

Some things have changed in Stillwater since then, but Russ has stayed on board. He is the second-highest rated recruit in the OSU’s 2020 class and the 19th ranked guard in the cycle. Russ spokes with PFB on Thursday before his senior season opener Friday night. He talked about his long-term commitment, the Josh Henson-to-Charlie Dickey coaching change and getting more nasty.

You were a really early commit, the first of the class, what made you so sure on OSU and what made you want to commit as soon as you did?

I got a little glimpse of the recruiting process a little early, and I’ve always been an Oklahoma State fan. Coach Henson really talked so much about it, and I got to go up there and saw some practices. I got to meet everybody, and it just kind of clicked. I knew that’s the place I wanted to be.

You mentioned Coach Henson, he obviously left this offseason. How did you hear about that news and what were your first thoughts?

I heard about it the day that he did it. He called me and told me. I was kind of shocked because I didn’t think that he would ever leave, but he wanted to get a head coaching job. That’s one of the jobs that will help you get there. I can’t really blame him for it.

What was the time like between Henson’s leaving and Dickey coming in? Did Gundy reach out to you at that time?

What were your first impressions of Coach Dickey?

He’s kind of an old-school guy. Coach Henson’s is a little bit different. He’s more new school. But Coach Dickey is kind of one of those older guys who has been in it for so long. He knows a lot about the game, and I think he’s going to help me a lot.

When Coach Henson left did other coaches try to reach out to you and see if you were going to stay with that commitment?

You’re one of four offensive linemen committed, how have you gotten to know those other three?

Me and Trent (Pullen), we talk a lot. I haven’t really gotten to talk to Monroe (Mills) that much, but me and Trent and Cade (Bennett), all of us really got to talk a lot. We Snapchat, we have a group chat and all that. We see each other every time we go up there and visit, so we know each other pretty well. We get along pretty well.

Being the first commit in the class, how did those group chats start? Was that on you to get the ball moving?

A little bit. When Cole (Thompson) committed, that was kind of one of those things where we had enough, and I was like, “Well, we might as well start getting to know each other.” So, I texted a few guys and asked if we wanted to start one, and they all agreed. So, it just kind of happened like that.

Growing up an OSU fan, what were some of your first memories and favorite memories of following the Cowboys?

My dad, he went to Oklahoma State, and he would always put on the games on TV. I remember sitting there on the couch watching them with him. I didn’t  really know a whole lot about football back then, but I knew I liked the Cowboys.

Is there an area of your game that you want to work on the most in your senior year of high school?

Last year didn’t really go as I wanted it to. I didn’t do near as good as I wanted to. This year, just a little bit of everything: body control, feet, getting my hands in there. Just be a little bit more nasty.

That’s something all the OSU offensive linemen have talked about, the word “nasty.” Is that something from Coach Dickey?

Yeah, he implies it quite a bit. He said you can’t be an offensive lineman if you’re not nasty. He kind of drills it into them.