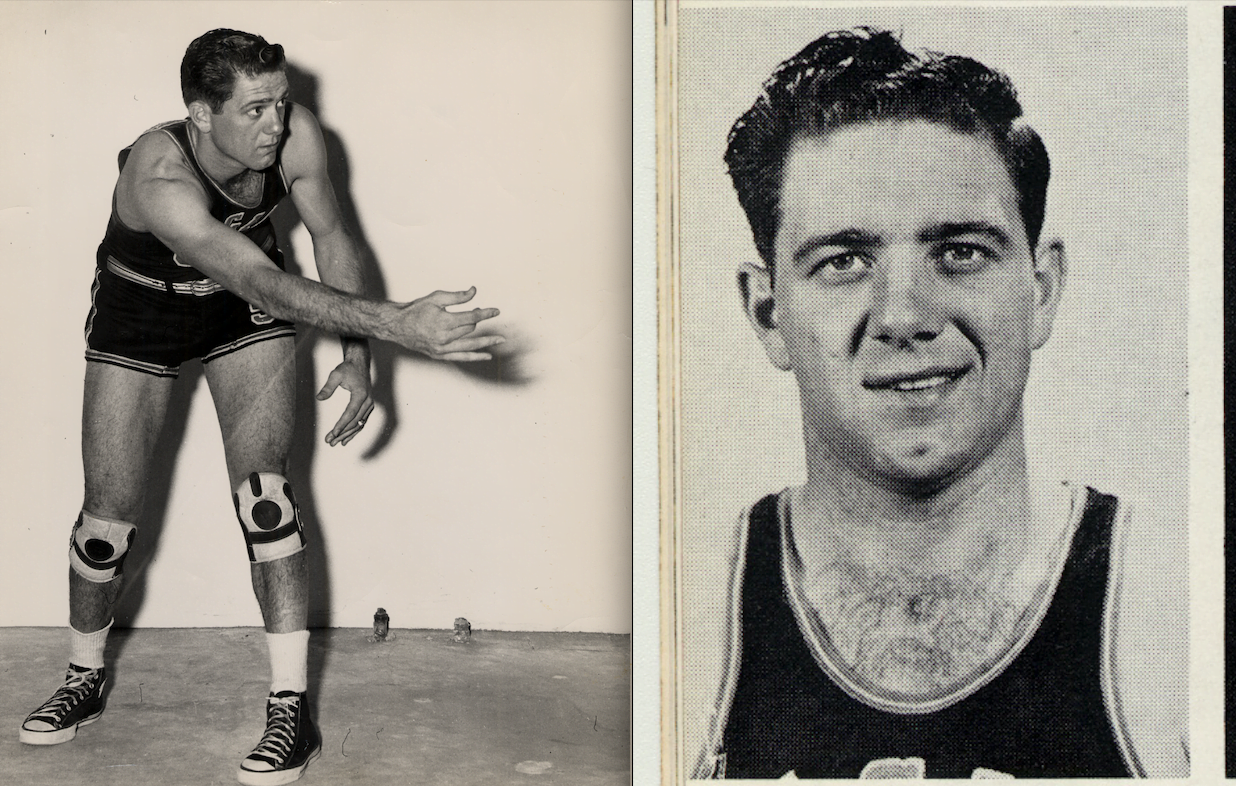 Gale McArthur was an All-American for Oklahoma A&M back in the early 1950s. He played on Final Four teams in 1949 and 1951. He was drafted in the fourth round of the 1951 NBA Draft by the Minneapolis Lakers but ended up going back to coach for a year under Mr. Iba (he coached Eddie Sutton!) and then went on to dental school.

I got a chance to talk to him recently, which was awesome, and wanted to share our Q&A with you guys. Hope you enjoy.

You played from 1949-1951, played in a couple Final Fours and a National Championship, what was that experience like playing for Coach Iba and for some really good OSU teams back then?

It was terrific. Ha. We played some great teams and had a great team.

What do you remember about the team you guys had?

Well, this 1949 team … I was a sophomore. Thanks to the good old NCAA, we couldn’t play as freshman. We weren’t smart enough or big enough so we had to sit out our freshman year.

It was the first year after the war they put that rule in and it stayed in for several years. So we couldn’t play. We had a freshman team, and we played a lot of games. We played all the junior colleges and other schools’ freshman teams but we could not play on the varsity.

And you guys played in the 1949 National Championship. You beat Wyoming in the quarterfinals 40-39, Oregon State in the Semifinals 55-30, then you lost to Kentucky 46-36. What do you remember about Kentucky and that team?

That Kentucky team was supposed to be one of the best there ever was, I guess. Every guy on the team was an All-American, and I think coming back from the army. Everyone … Jim Lyons, Jones, them guys were all All-Americans. They were older too because they had all been in the army. So they were pretty tough.

Do you remember anything about that game in particular?

He was just an outstanding human being. He was very strict, you know he wanted you to do things his way, and that was the only way. He believed in a lot of practice, so we practiced a lot. He just didn’t believe in mistakes so if you made mistakes, you couldn’t play. He was a very very fair man, treated everybody the same way, no difference in treatment for some guy who thought he was a star or whatever, it was the same for everybody.

Yeah one, well two. He graduated in ‘46, and I was a freshman in ‘47, since I couldn’t play as a freshman missed him by two. So he’d been gone two years they just won the national championship two years in a row, 45-46. Bob was something else. He was a great player and a great guy.

Who was the best player you played with on your team?

Bob Harris was our All-American center in 1949. He wasn’t very big, about 6-8, real skinny guy, he weighed about 200 lbs. He was from Tennessee. Tough man. You know he didn’t lose a damn rebound before he went pro.

He wasn’t a great scorer. He got to where he could score pretty good his last year with a pretty nice little one handed shot up there around the circle deal. He was already a football player, all-conference defensive end at East Tennessee, and that’s why he came to OSU to play basketball, he didn’t play anymore football. Bob was terrific.

What was your favorite part about playing in Gallagher Hall?

Well the people. You couldn’t put another one in there. You didn’t have a step between the seats. Of course the fire department put a stop to that pretty quickly cuz it was a fire hazard. But you couldn’t get a ticket if you didn’t have one. That was every game.

Do you remember it being pretty loud??

Oh man. Hahaha. It wasn’t as big as it is now, and you put 7,000 people in there and they would raise the roof right off of it.

And you got drafted in 1951 by Minneapolis, what was your professional experience like after college?

Gale: Well I didn’t play because I went straight into the Air Force and the Korean War was on. When I was drafted by the Lakers, they were the NBA champions, with Mikkelsen and Mikan and Polard and Slater Martin, that was a hell of a group. Basically they wanted me. I was a pretty good passer, and I could get the ball to them on the block. I was a point guard and could get it inside. that’s why they wanted me in there. However, I could score too, but….

But you never played for them?

No, like I say I graduated and had ten days to report to the Air Force.

And then you came back to Stillwater, and ended up coaching Eddie Sutton is that right?

Well yeah I was only in the Air Force scene for two years, and then I was redrafted. In 1953, I was drafted again by the Lakers. But I had that back injury that I had got in 1949, and I knew there wasn’t any way I could play 82 games a year and travel and I just couldn’t make it with my back the way it was.

So I decided I tried to get something where I could make a living and I went back to school and wanted to go to dental school, which I did, but I had to take some pre-dental courses I couldn’t take because I was playing ball cause we traveled so much.

So I went back (to Stillwater) one year. The year I was back (coach Iba) decided he wanted me to help him, which I did, and Eddie Sutton was a freshman that year.

How was he as a player?

Eddie was a good player. Well, he started the whole time, at forward. Of course he couldn’t play as a freshman either because of the NCAA’s mighty rules. Man that hurt as a freshman. I would have played a helluva bunch when I was a freshman if I was eligible.

Did your freshman team ever go up against the varsity team?

Every day at practice.

Could you guys beat them?

Yeah … Back in those days Mr. Iba had what he called tryout camp. He’d take a week and have 75 guys from everywhere come in and stay for a week and just work out. That was his recruiting. The recruits he picked, he picked five of them. He had a power forward and another forward. He had myself and another guard. He had a big center.

If those five guys had stayed in a group that was eligible, we probably would have won three national championships. But he started out with a center who couldn’t spell cat so he never could stay eligible. He flunked out. How he got out of high school, only God knows.

What did you do after you coached for a year?

I got to dental school. I started four years of dental school then I want two more years … including that year, I spent the next seven years in school.

Did you practice as an orthodontist?

Yes, for 45 years. In Ponca City and Stillwater.

How much did you continue to follow OSU basketball and how much do you follow it now?

At that time, I followed as close as you could. I had season tickets at midcourt for all those years. Mr. Iba stayed a very, very close friend. We were very close. I kept with him all the time. I’d see him every game, and I had an office down there so I’d see him in the summertime.

What was his best quality as a friend?

He was just like a rock. Whatever you needed he was right there. He’d do anything for you to help you. He was as loyal to me as I was to him as a player.

I’m 90 years old so I don’t run up and down the stairs anymore like I used to. I followed when Eddie was there real closely. I went to both Final Fours with him in Seattle and San Antonio. Then we had some real poor coaching for a few years, and the program just went to pot. It was very hard to watch it happen, but the people they hired just couldn’t do it. They couldn’t recruit people, and they couldn’t coach the ones they did get.

What’s your favorite memory or favorite game you played in during your time in Stillwater?

Probably the best game I’ve ever played in … we had Bradley, St. Louis and OSU — we were the top three teams in the United States nearly all the time I played, in the same conference. St. Louis lost two games in 1949. We beat them twice. They beat the heck out of Kentucky in the Sugar Bowl. But they couldn’t go to the NCAA because we won the conference. They went to the NIT and won the NIT with absolutely no problem whatsoever.

That St. Louis team in 1949, that was the best fastbreak basketball team I’ve ever seen. They never bounced it. It’s tough to cover someone when they pass the ball boom boom boom boom and never bounce it. Somebody’s got to be moving to stop that.