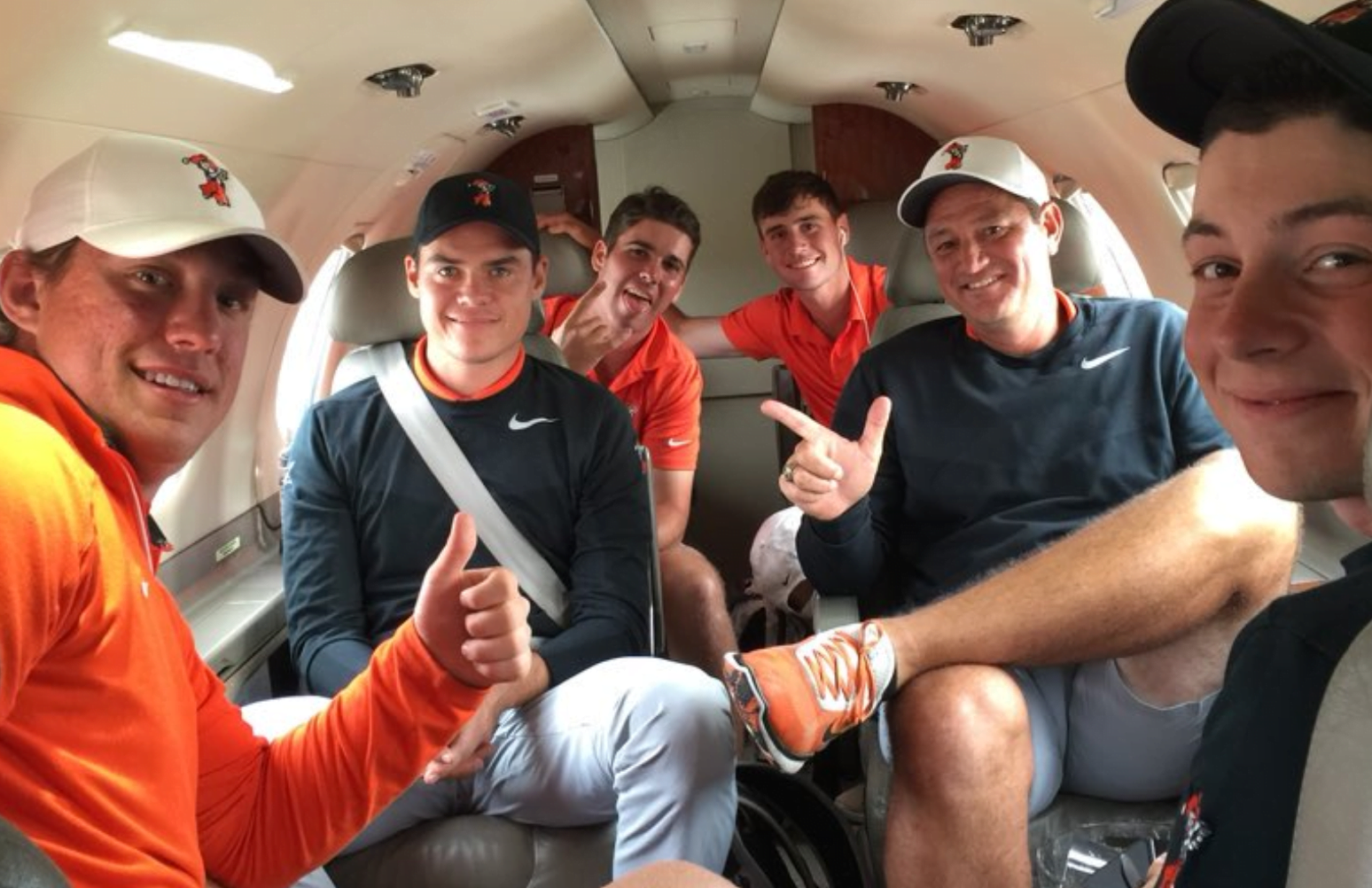 I’m not sure if you’ve been paying attention, but Oklahoma State’s men’s golf team has won six straight tournaments and seven of its last eight with the Big 12 Championship and NCAA Championship (played at Karsten Creek this year.) The all-time record for consecutive wins by an OSU golf team is seven set by the 1986-87 squad.

So I recently talked to head coach Alan Bratton about his team’s streak, Oklahoma State’s No. 1 ranking, three golfers being ranked in the top 12 and the idea that hey, he might have the best player in the country in Matthew Wolff.

Kyle Porter: Do you talk about the streak or treat it like a no-hitter?

Bratton: “It seems like people typically do take it that way, but that’s the unique thing about this team, they’ve embraced that streak. It was after we won in Palm Springs — which was maybe three in a row — the guys started to ask what the record was. They’ve taken a lot of pride in trying to defend that. I really feel like we’re not on a hot streak or anything like that. I think that’s just kind of who we are.

“We told the guys we’re not going to evaluate ourselves against the competition, necessarily. We’re going to try and evaluate against our own potential. When we won the tournament in Hawaii, we talked to them about how we didn’t feel like we did anything exceptions, that that’s just who we are. That if we go and take care of business, we’re going to like the results.”

KP: Is this team littered with future pros or guys who have just figured out how to be great at college golf?

KP: What’s the most important thing you can do when your team is on fire like this?

AB: “One is to appreciate every victory. That’s important. You don’t ever take that for granted. They’re all precious, every one you can win. The biggest thing is after you enjoy the win is get back to work when you get home. These guys have done a good job of that. You can’t afford to be complacent. It’s not like they handicap this thing and we get to take strokes off the next time out. Once we get to the conference and national championship, we have to start all over again.

“Golf is very much that way. Whether that’s the PGA Tour or college golf. It doesn’t matter if you won last week or finished last, you have to tee it up and show up every day. That’s been the message, and they know that. They know that just because we won last week, when we go down to Texas A&M next time out, they’re going to want to kick our ass, and we’re going to be on their home course.”

KP: How impressed have you been by freshman Matthew Wolff (currently ranked No. 3 by Golfweek and No. 50 in the WAGR)?

AB: “He’s really good. It’s been impressive. He’s fit in really well with the team, as well. He’s got a lot of personality. He’s a funny kid so he helps keep things light … You never know how kids are going to adjust to college. We knew we had a good recruiting class in Matthew and Austin Eckroat. Matt has played very, very well, but Austin is the one who’s gotten a win so far individually. They feed off each other well. They’ve both been good contributors. Matt Wolff is a hell of a player.”

KP: Who on the team has improved the most?

AB: “We have 10 guys on the team. All 10 of them have a lower scoring average now than when they started. I feel like every kid on the team has improved. Probably specifically this season, Austin Eckroat may have improved the most from the start to now. Clearly, Viktor Hovland, the way he’s been leading us this spring. He had a good freshman year, but I think he’s grown up a lot in how he handles adversity on the golf course. I think that has allowed him to play the way that he has.”

KP: How difficult and impressive is it that you have four guys who have a scoring average under 71 right now?

AB: “The good part about what we’ve done is that we’ve played a really strong schedule. We knew we had a good team with great depth. We started the year with seven guys who had played the national championship for Oklahoma State. That’s how you build a good team, having that depth. You have to credit the whole group. We have that depth because of the sacrifices those guys made. That depth is really the key.

“Our guys have to stay on our toes. That keeps you from being complacent because there’s somebody waiting in the wings to take your spot should you slip up. We have a group that has embraced that. That’s the biggest contributor to our success.”

KP: Is it difficult to galvanize a team of guys that are this good and want to play more and be in your top five?

AB: “With this group it’s been good. That’s a credit to the character of kids we’ve been able to bring into the program. I can’t speak highly enough about those guys and their leadership. …

“Fortunately we have been able to provide some other playing opportunities for guys. We’ve sent guys, a little like track or wrestling would do, to go compete as individuals in addition to the events we’ve played as a team. That’s a luxury we’re afforded because of all of the support of our alumni base. The fundraising we’ve been able to do to allow us to do that. To provide those playing opportunities to keep guys sharp whether they’re in the lineup or not.”