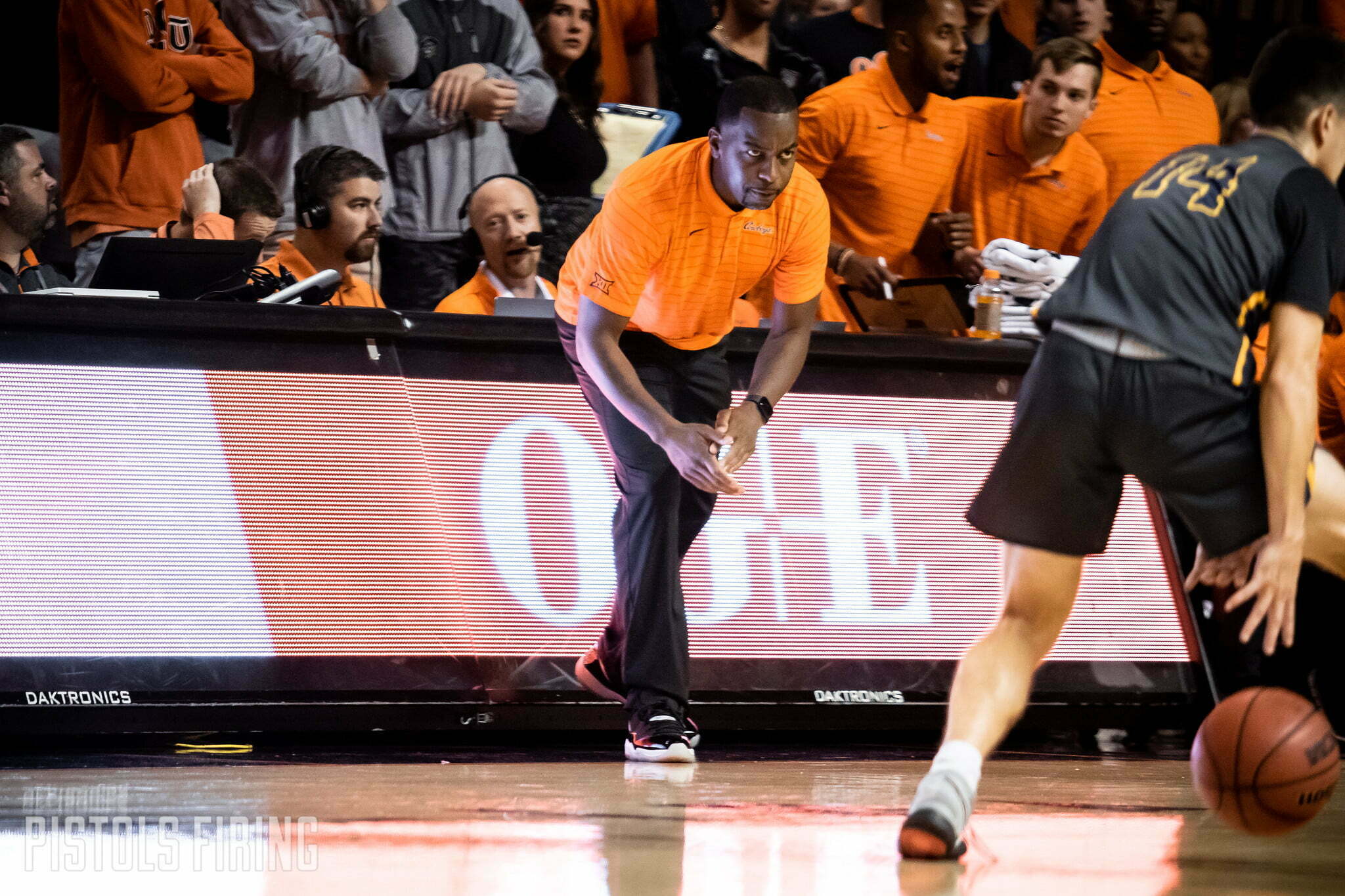 Oklahoma State finished the season 15-15, just below the middle of the pack in the Big 12 standings and very close to NCAA Tournament-good in a year where it was not eligible to go dancing.

There are a litany of areas, though, that need improving this offseason to try and get back on track and into the Big Dance in 2023. I’ve ranked them below according to what I think are the most pressing to least pressing (but still important) in order to set things back on track for next season.

1. Add an immediately-eligible point guard. Does Avery Anderson with the ball in his hands give me the butterflies? Absolutely! But are they the type of butterflies that inspire confidence or are they borne out of fear? Well, honestly, probably more the latter!

Anderson’s a fabulous athlete who should absolutely maintain a spot in the starting rotation, but this team is in dire need of a true floor general to help facilitate next to Anderson and Bryce Thompson. The Cowboys ranked eighth among Big 12 teams last season in assists per game. And every backcourt player from last season — save for, incredibly, Bryce Williams — had a higher turnover rate than assist rate. A resolution is mandatory to fixing the offense, and getting someone out of the portal who can immediately step in and shine as a distributor (bonus points for shooting!) should be a huge priority.

2. Shooting, shooting, shooting. If I’m Mike Boynton, I’d absolutely think it reasonable to expect Avery Anderson, Bryce Thompson and Rondel Walker will shoot it better on the whole in 2022-23. But you can’t just run back the same bunch. Can’t do it. You’ve got to add a hired gun (or several) to jump start the team. Remember: OSU shot 29.5% from 3 as a team last season. That ranked dead last among Big 12 teams and 344th (out of 358!) among all Division I teams. No program in the power conference structure was worse from distance than the Pokes. Add a sharpshooter or two out of the portal, practice 3s all season, heck, see if Keiton Page can squeeze out another year of eligibility — whatever you do, improving shooting is vital to 2022-23 success.

3. Modernize on O: It’s easy to overlook or even forget that last season’s defensive unit was absolutely, positively elite. It rated fourth in adjusted efficiency at KenPom — best among all OSU teams in the KenPom era (including Eddie Sutton’s 2004 Final Four team). But on offense … it’s a whole lot of yuck. Only twice in the KenPom era (since 2002) has OSU had an offense rated below 100 nationally in adjusted efficiency, but this season? It rated 161st. That’s a KenPom-era worst for OSU (and may have been the most unwatchable in decades, per me, a spectator who did not enjoy watching OSU try to do offense.)

How OSU modernizes its unit on that end remains unclear, but it is clear that something must change.

Improving shooting will help a lot. Because OSU was so bad at 3-point shooting, its offense was old-school and built to avoid 3s more than most; only 31.4% of its shot attempts were 3s vs. 2s, the lowest rate among Big 12 teams.

Pace is also a question. Just a season ago with Cade Cunningham, OSU rated top-25 in tempo nationally — fastest in the KenPom era — before grinding down to a halt and rating 142nd nationally in the same category in 2021-22.

There’s a trade-off to be made here philosophically, I’d imagine: Does OSU play faster and perhaps take a hit defensively? Its calling card was slowing the games down and winning with defense. You could argue that pushing the pace may not play into OSU’s favor in the grand scheme.

I’m not a coach and I’m not exactly an Xs and Os guru, either, but something on offense must change to improve — if only for watchability purposes. This team has dudes all over the floor. This should be a fun team to watch. If its personnel can match its potential then I think Boynton and the staff have a fun recipe to cook up a much, much better offense next season.