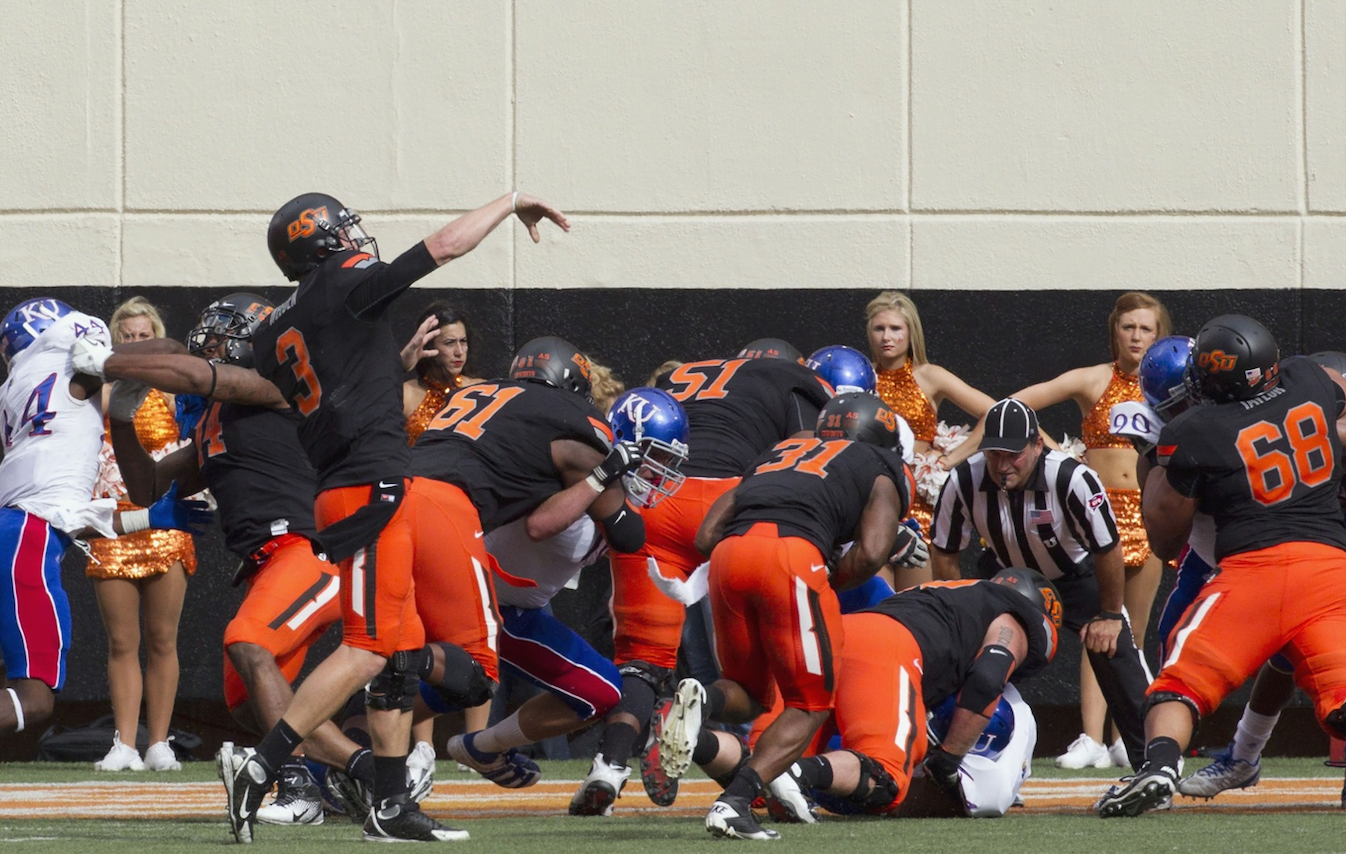 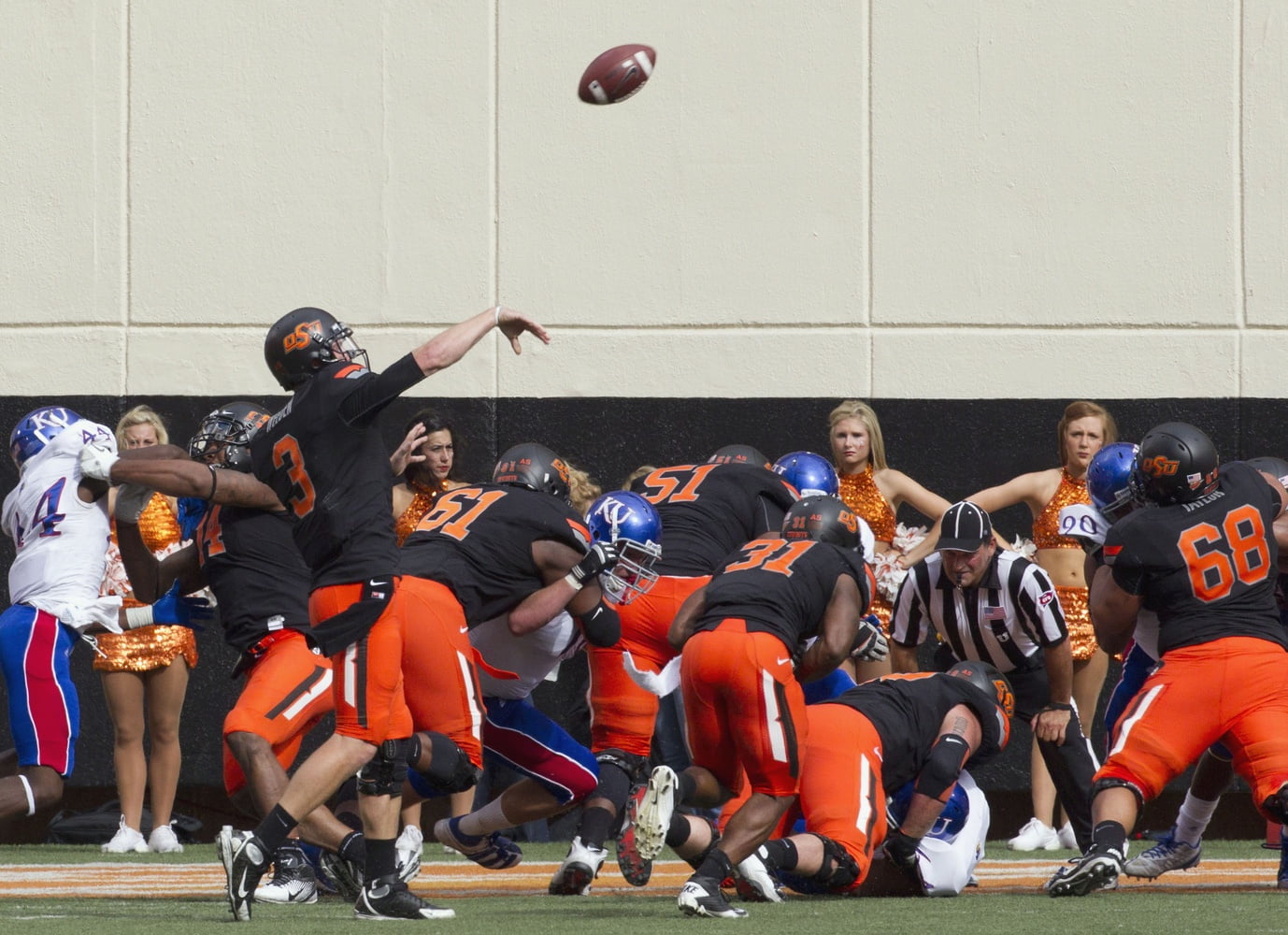 I said in the 12th-ranked unis that I’d screwed up but I actually didn’t — I actually included the Black-Black-Orange with the regular helmet from the 2011 “is Kansas alive?” game.

This was the game where OSU could have scored 100 fairly easily. They had over 50 in the first half and I think Weeden and Blackmon just played FIFA in the locker room during the second half.

I love the black-black-orange look — I think it’s sharp, contrasts well, and pops as much as any combo OSU wears. I mean, how scary does this look? 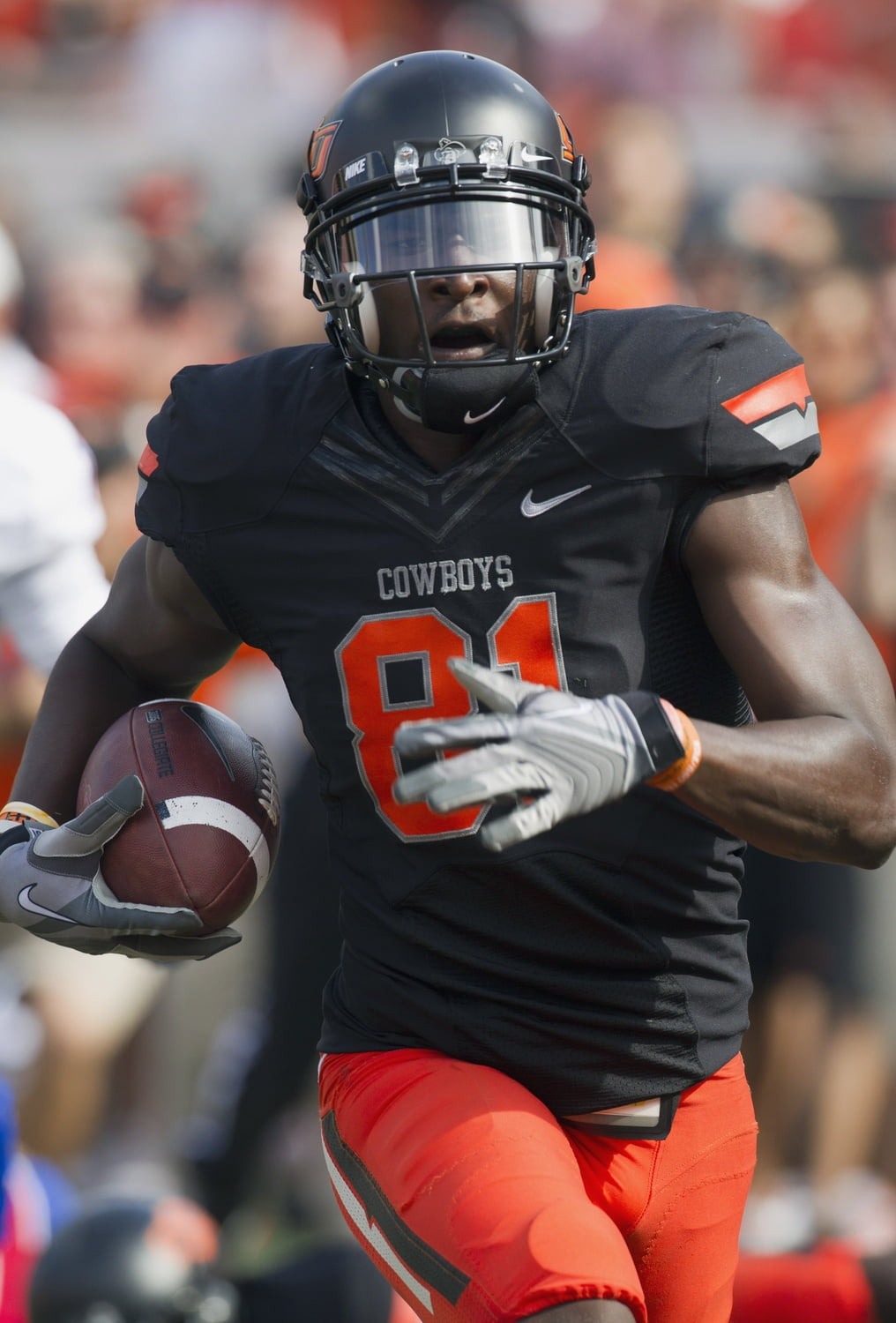 OSU went to these again last season but with the alternate black helmet which just isn’t as good. I would also accept the alternate white helmet or the carbon fiber helmet to go along with these babies.

I would also accept another 56-point half at some point this year. 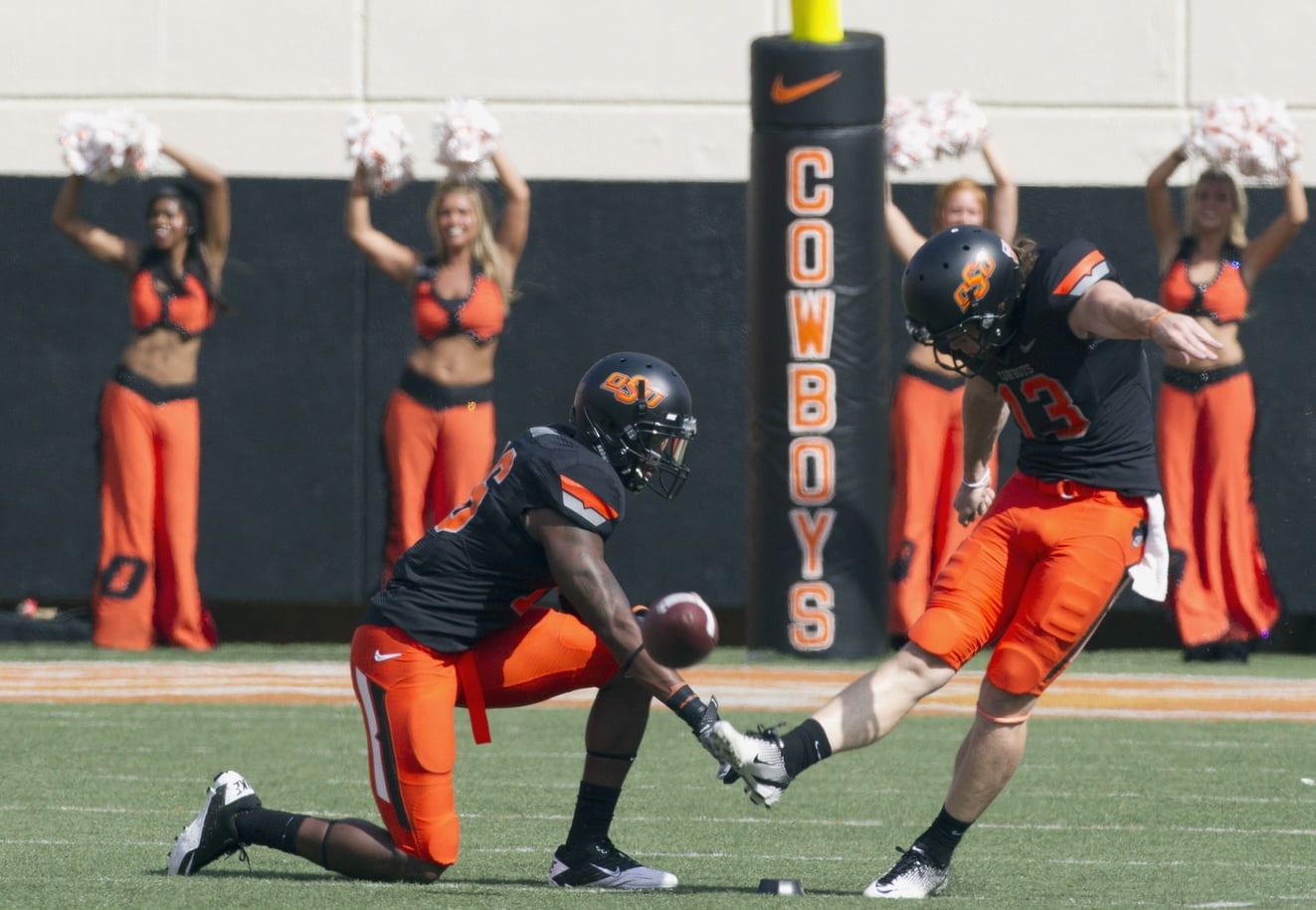 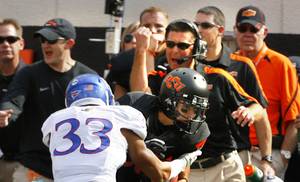 Throughout the rankings countdown, uniforms have been linked with certain games. It shouldn’t matter, but it does affect how people view certain combinations (which we’ll see later in the countdown, I’m sure).

I would argue if OSU wore this in 2011 Bedlam it would be in everyone’s top three. Instead, it’s largely forgotten. (even by Kyle’s own rankings!) 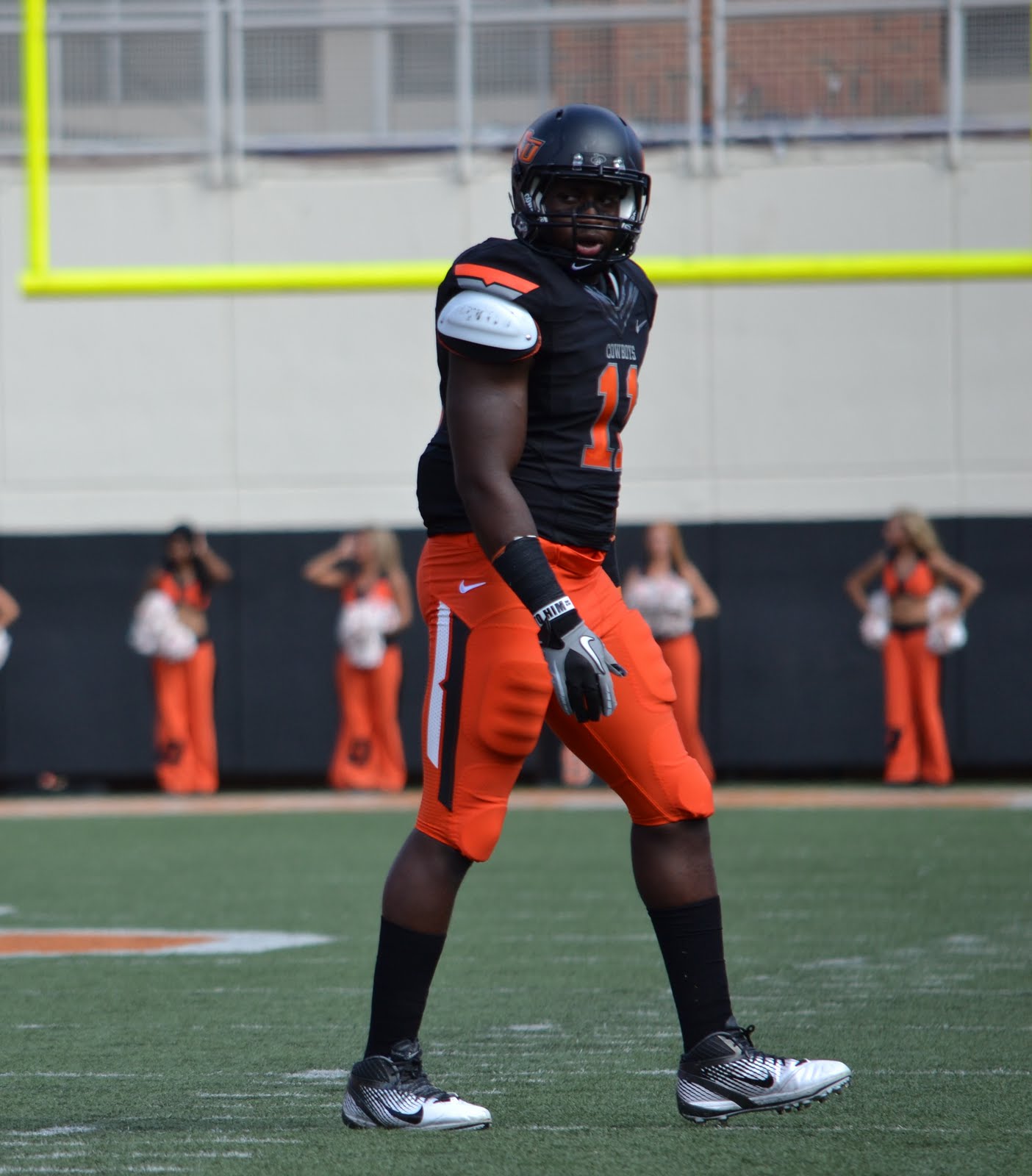 The orange pants are easily OSU’s best, and they get to just show off here. This combo really hammers home how needed the uni makeover was.

This is an underrated, elite combo. I would rank it even higher. It just needs a big game to vault back into every fan’s conscious. 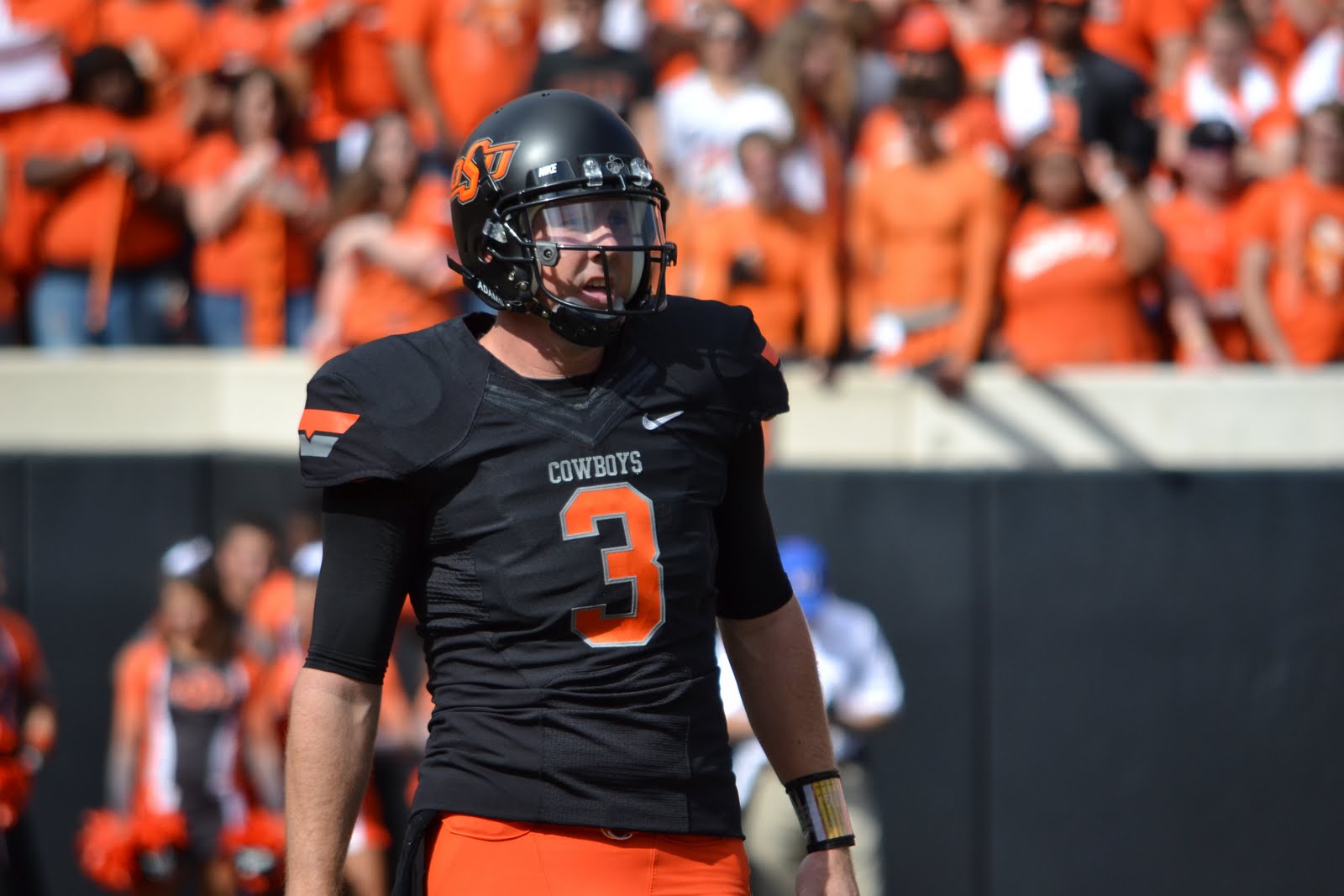