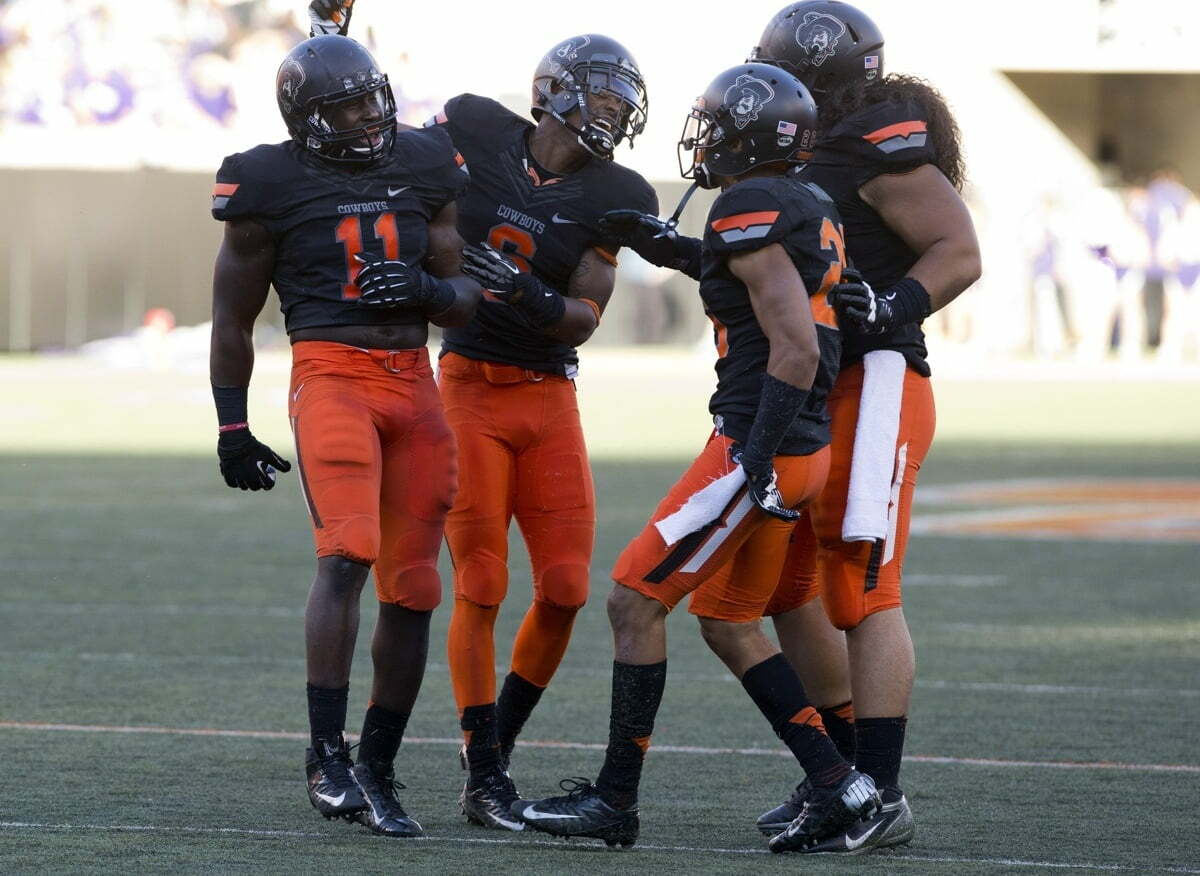 Well it only took until now to realize it but I screwed up. OSU wore this combo in 2011 in the “please don’t end Kansas as an athletic department” game but with the regular black helmet and this was worn in 2013 with the Crazy-Eyes Pete helmet.

I would go back and slip the Kansas one in but we’re already too far down the road so we’re just treating this combo as one and pretending like that 2011 KU game never happened (as I’m sure some KU fans have done).

This is just as sharp as black and orange can possibly look together. It’s essentially the same as the Black-Orange-Black combo but with a 1-1-2 look instead of the 1-2-1 look. The former is far superior aesthetically to me.

I do like it better with the regular black helmet but I can live with this one. I hope they go to it again early this year (maybe against Florida State?)

Carson: I guess I’m just a bigger fan of the 1-2-1 combos than you. I love the balance of it, both on the road and at home. 1-1-2 can look good though, and it’s at its best in this combo. Sure, I’d much rather see a branded helmet, but this combo is great. It really makes the orange pants (OSU’s best article of clothing) the center piece.

This is one of the most “OSU” uniforms yet. My biggest complaint with the Old Uni’s was they were strictly orange & white. The two primary school colors are orange & black and I always felt the uni’s should reflect that. Plus, there’s a reason schools wear black even though it’s not a school color. It’s awesome. Win-win for OSU.

While I find it odd you don’t have B-O-B ranked much, MUCH higher…if you want to argue this should be one of the “go-to” looks for home games I would listen. Substitute the branded black helmet for Silly Pete (it’s your rankings Kyle, do it!) this immediately vaults into the top five range.