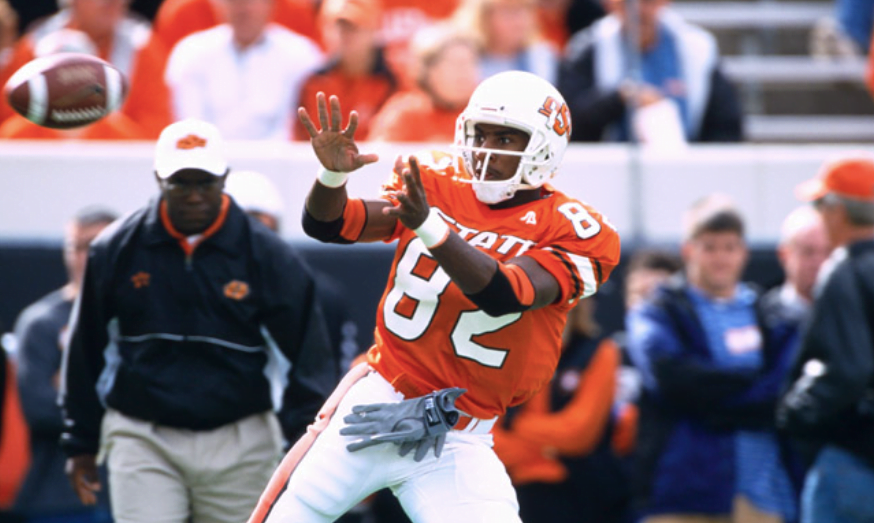 Mr. Orange Power himself, Lee Redick, retired from his role earlier this year.

Woods was a two-time All-American at OSU as a star receiver and as one Twitter user put, the “Greatest player from the calculator font era.” He coaches now at Enid.

Woods went on to become a first-round NFL Draft pick after racking up 4,414 yards receiving in four seasons and 42 touchdowns over his final three.