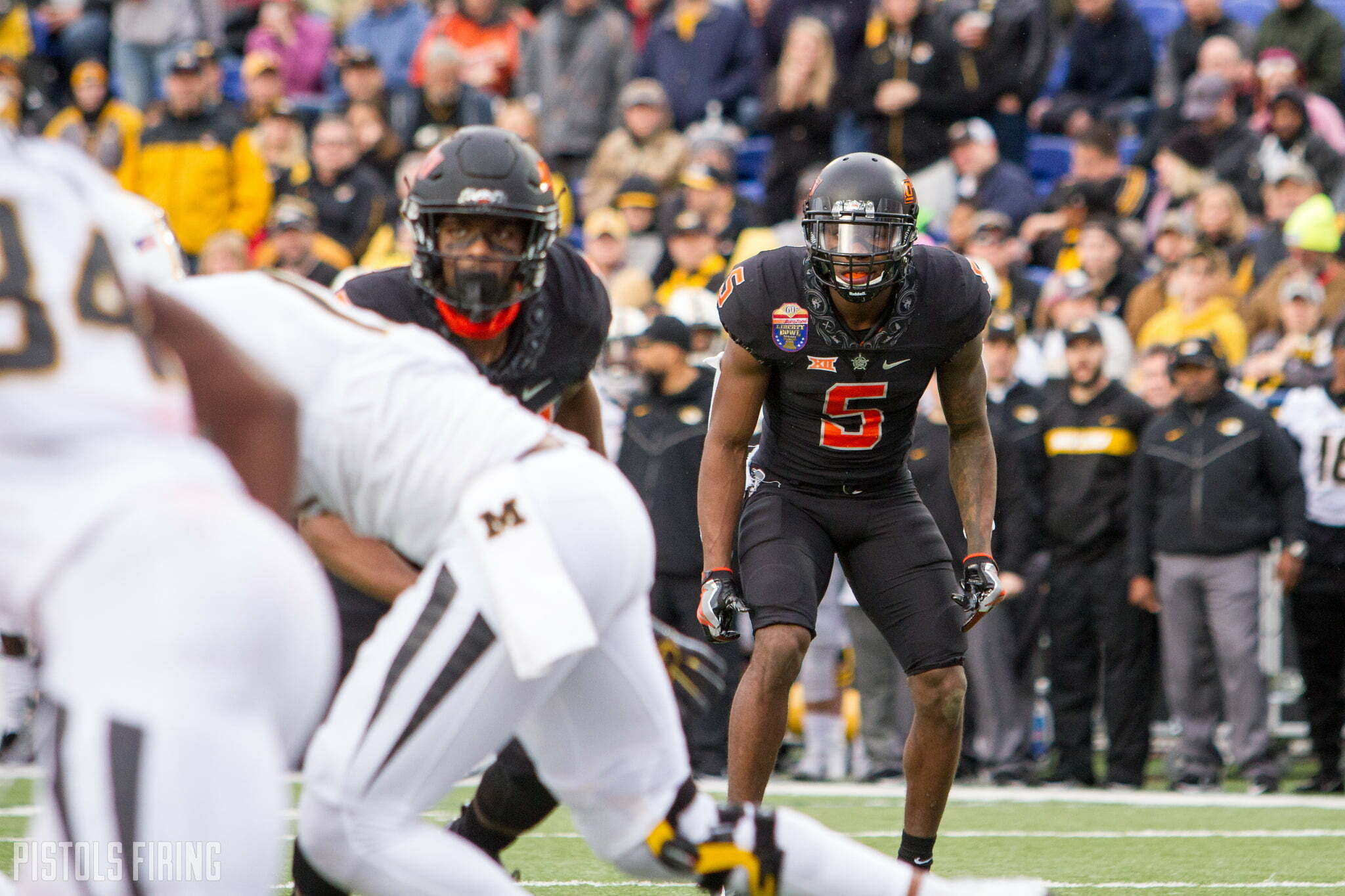 We had some good ones this week from you guys. Thank you for writing me (us) and for your thoughtful, creative questions and thoughts. Let’s dive right in.

I live in Atlanta, work with a Clemson season ticket holder and have had many discussions about the parallels between Clemson and “what could be” at Oklahoma State.

Contrary to what a few of the regular blog commenters seem to insist, recruiting better players does matter and ultimately leads to more wins, etc. I’ve been told that when Dabo Swinney was still an assistant coach, he was told not to waste his time recruiting the premier high school players because they would just go elsewhere anyway (sounds familiar, right?).

He finally convinced Tommy Bowden to at least let him try. He then set about finding the best players whose parents wanted them to go to a school that might be considered an outpost. He sold them on attending school where there were less opportunities to get in trouble vs. a larger, more traditional football power in a bigger locale.

It took a while, but once he got the first 5-star to commit, more followed in the ensuing recruiting cycles. He was able to get better recruits to a place where “it’s hard to recruit to” just by flipping the script of the message. Other than being located in the southeast (admittedly, closer to the high school football hotbeds in Georgia and Florida but not unlike OSU’s proximity to Texas), Clemson is very similar to Stillwater. The one major campus difference is that Clemson is located on a lake (too bad Carl Blackwell isn’t at the edge of campus as well).

As I see it, the main difference between Clemson and OSU is that Dabo Swinney is an over-believer. Gundy is inherently fighting generations’ worth of the predominant notion that OSU can never be equal to or better than OU. I think the frustration of the fanbase that hasn’t known the doldrums of the pre-Gundy pre-Boone Pickens era is that even with our 30s and 40s-ranked recruiting classes, we’ve shown that we can compete with the upper echelon programs. As Kyle Boone recently wrote, if we could raise our recruiting levels “just a little,” we could get over the hump and take the next step up the college football food-chain.

I was a student during the in infamous 0-10-1 season. Believe me when I tell you watching Barry Sanders in person was a lot more fun! Having said that, I’m no expert and I certainly appreciate the string of recent 10-win seasons. However, I fear that when we had the best of facilities (other schools have now caught up or will soon) we squandered the opportunity to sit at the adult table rather than continue with the little brother mentality.

My hope is that Gundy will finally embrace the Clemson model (parts of the equation are already in place, i.e. the Cowboy Culture) and flip the script in how to sell Stillwater as a destination instead of an outpost.

One quick extra thought: When Dabo interviewed for the head job, he was told that they wanted a program like Alabama.  He respectfully disagreed with the whoever gave that requirement. Dabo went on to say that he had a vision for a program that was better than Alabama.  I like to think that would earn a nod of agreement from Mike Holder if he had been in that room.

Here’s the link to the video where Dabo tells the story. -Dale F.

Whoooo boy, that’s a heater. I don’t know the ins and outs of Clemson, their campus, their recruiting methods or Swinney himself like I do Oklahoma State, but I think there’s a lot to be gleaned here.

Dabo took over at the end of 2008 in improbable fashion, and Clemson was recruiting like Oklahoma State but not playing like them. They were average (not good). They went 6-7 as recently as 2010.

Look how they’ve recruited since his first year in 2009. They got into the 20s and then bounced between 10 and 25 and slowly stayed consistent between 10 and 15. OSU will never, ever be a top-10 recruiter, but I truly believe they could be more like Clemson than they currently are. You don’t have to have No. 1 or No. 2 classes, but to win titles, you do have to have top-15 or top-20s, which OSU hasn’t.

I also like the idea that Dabo is an over-believer. Some people might roll their eyes at this, and plenty of over-believers have been delivered pink slips and ushered into their next job, but if your boss is Mike Holder then you have all the capacity in the world to over-believe. The question is whether you’re willing to put the work in necessary on the recruiting trail to back it up. 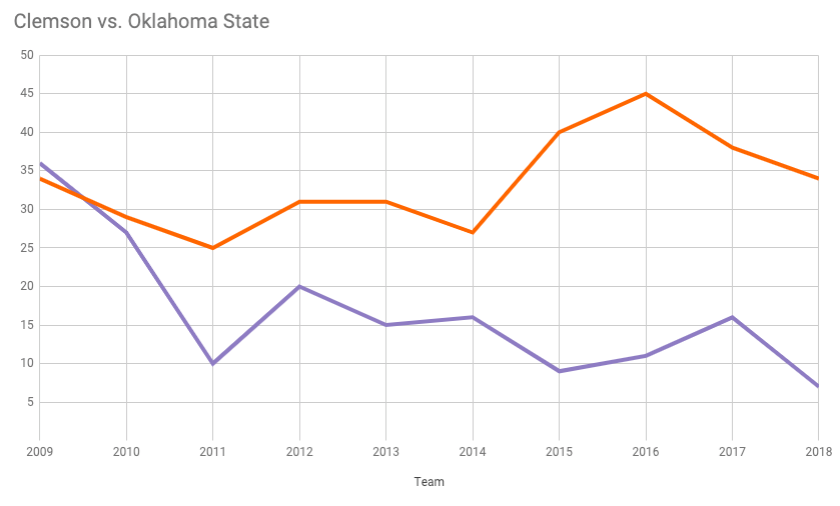 Didn’t see it mentioned but part of this is Boynton is old school and I really like that. As a coach, on the national level, his culture is an unknown for the most part. His personality is upbeat and positive which still shows through when speaking on discipline. He now has precedence for how he handles discipline with players he brings into his program.

The tone he is setting sends a message to all recruits moving forward about what is allowed under his watch. The truly important part is he won’t allow current or future players to be subjected to the acts of fools. That is critical to future success IMO. The burden of finishing this year, with a very tight rotation, will exact a toll mentally and physically on those players that have properly represented OSU. At least they can do the job with their head held high. The best way to thank these players is to fill up GIA. -Tom G.

This is well said. One benefit of booting players — and Gundy experienced this a little bit, too, is that it buys you some time. If you’re cleaning house early then you get a little extra leeway to be great later. The problem becomes if you’re constantly cleaning house with guys you recruited.

Have you ever seen the movie Back to School with Rodney Dangerfield? It’s a standard 80’s low budget comedy movie. Anyhow the last scene reminds me of the current Cowboys basketball team situation. Here’s a link to the last scene.

Go to 3:30 and watch from where the coach calls in Rodney Dangerfield (and for fun watch the final dive, it’s good stuff). To the current basketball situation, how about a list of former players we want to see Boynton call in from the crowd? I mean, we KNOW the answer, it’s Dez … but what other players would be fun to see in uniform? I’d put in a vote for Adrianna Franch, the former women’s goalkeeper because I’d like to see someone try to drive by her and then get rejected.

Could be a fun topic for your site. Or not. -Tom B.

You know who I’ve heard can hoop and would immediately be a fan favorite? How about this guy (the one on the left). ⤵️ 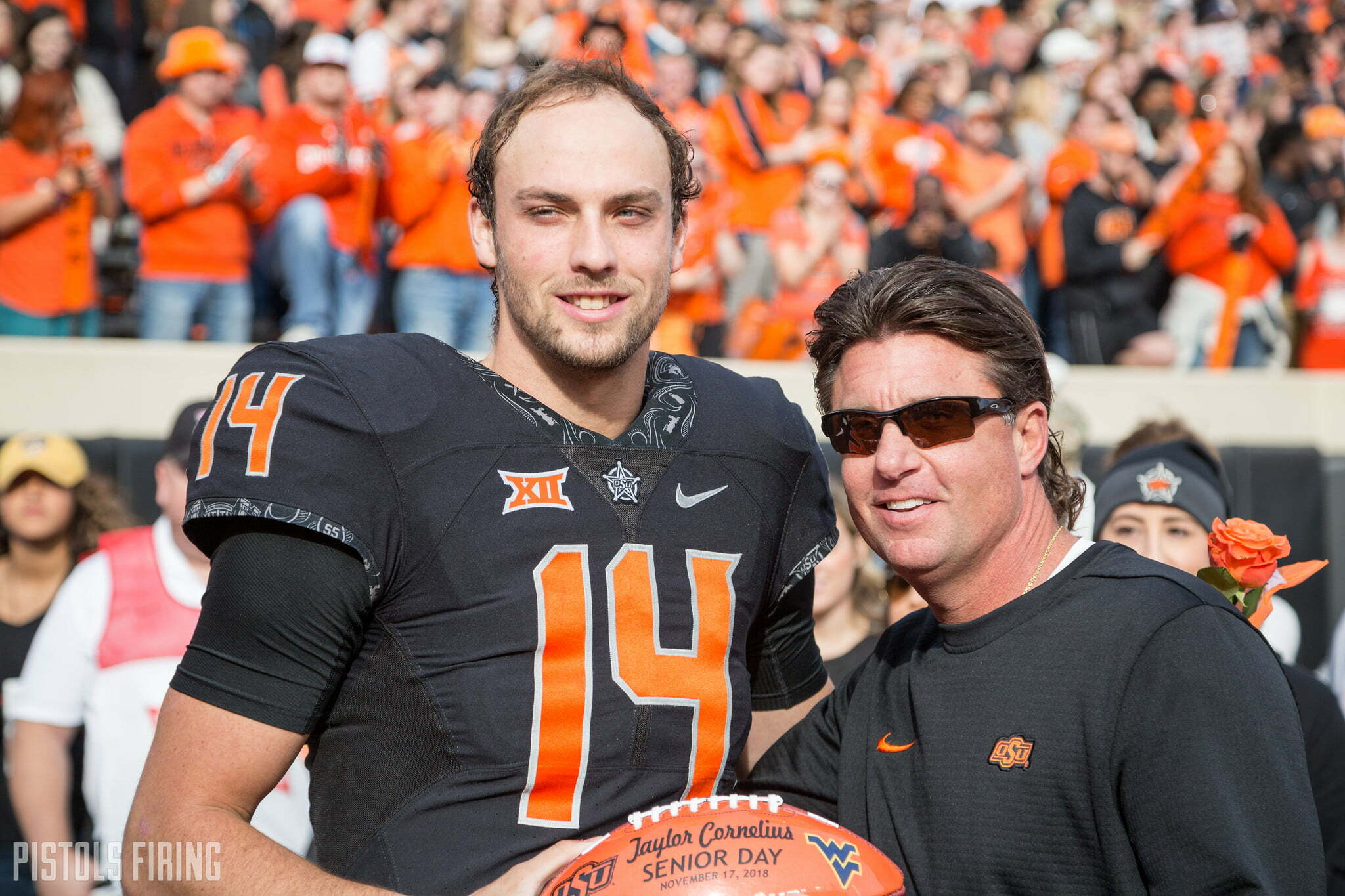