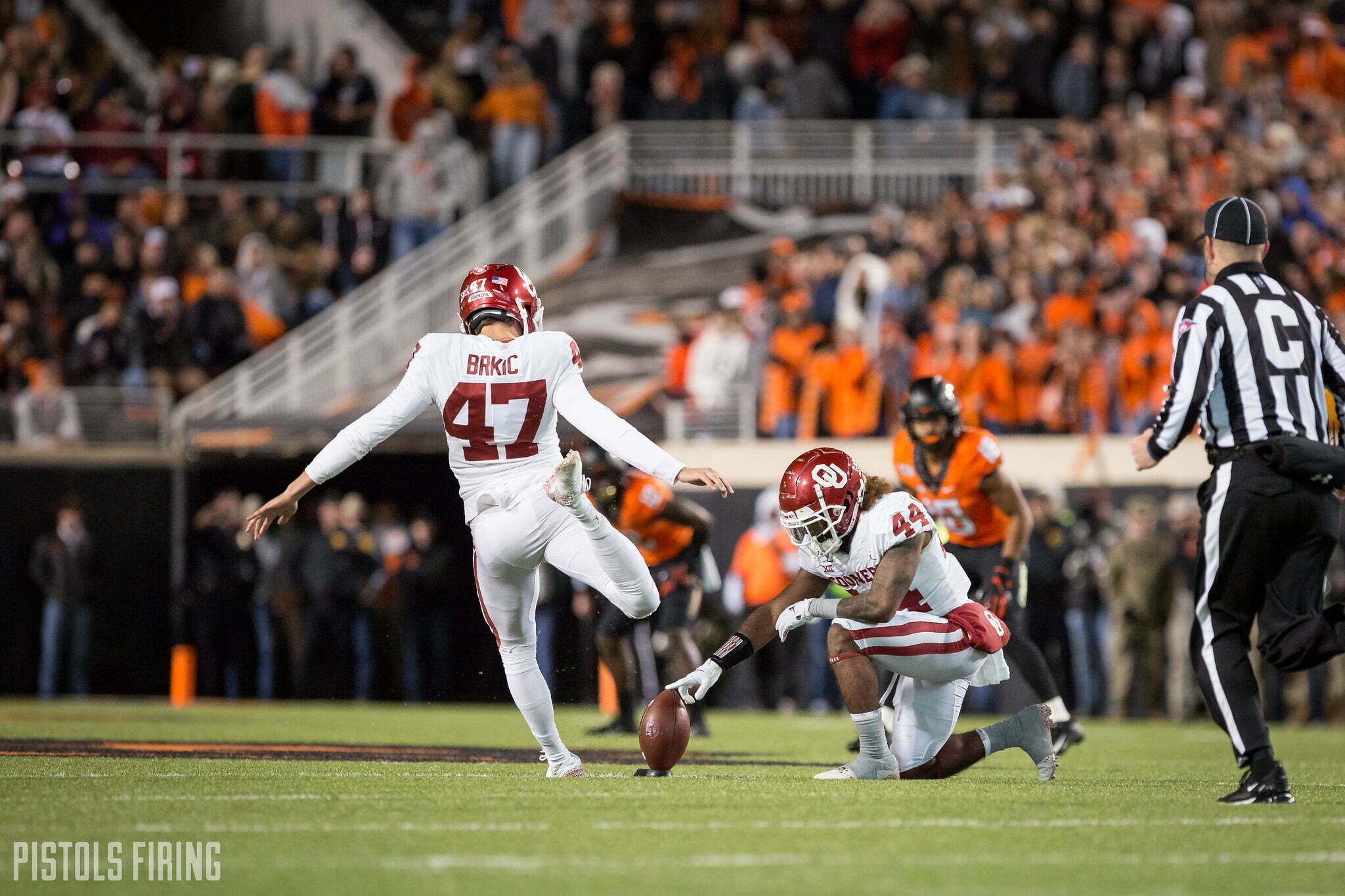 There are six players on this list and all were NFL Draft picks. That shows just how freakish good return men are.

In this record book look, we’ll gander at the players with the most return touchdowns in Oklahoma State’s history.

Perrish Cox is an underrated player in recent OSU history.

His longest return was a 98-yard touchdown against Kansas State in 2007. Then a sophomore, Cox got beat by Jordy Nelson for a 46-yard touchdown the play before, but he quickly made up for it.

He also had a big kick return in 2008 in Bedlam. Cox scored on a 90-yard run back that brought the Cowboys within a field goal early in the fourth quarter. However, the Pokes didn’t score again in that game and ended up losing by 20.

Cox was taken in the fifth round of the 2010 NFL Draft. He played in 81 games as a pro, intercepting 10 passes. He returned punts and kicks as a professional but never scored on one.

Justin Gilbert ties at the top of this despite never scoring on a punt return in his career.

All six of Gilbert’s returns were kickoffs. That’s, of course, a program record ahead of Cox’s four. Gilbert had 2,681 kick return yards in his career, trailing only Cox in program history.

Like Cox, Gilbert also scored on a big return against the Sooners. In the 2010 edition of Bedlam, he ran a kick back 98 yards with less than three minutes to go in the fourth quarter. It brought OSU withing two points, but the Cowboys again lost.

The Cleveland Browns took Gilbert eighth overall in the 2014 NFL Draft. In three NFL seasons Gilbert had one interception and 408 kick return yards.

He dominates the rushing record book, and he is back again in the return game.

Barry Sanders scored on three kick returns and three punt returns in his OSU career. All three of his kick returns were 100-yarders. That makes him the only player in program history with three 100-yard plays.

The third pick in the 1989 draft, Sanders returned just five kicks in his pro career. Turns out he didn’t need that skill to be a hall of famer.

Tyreek Hill played just 12 games as a Cowboy, so it’s incredible that he is on this list.

In 2014, Hill returned two punts and one kickoff for a touchdown. His most memorable return was the run back that saved OSU’s 2014 season. He becomes the third player on this list have a return touchdown in Bedlam. His 92-yard punt return with 45 seconds to go in regulation sent the game to overtime where OSU would win.

But he also had another clutch return that year that is rarely talked about. OSU was struggling in 2014, but at least the Cowboys weren’t Kansas bad — but they almost were.

In Lawrence, the Jayhawks scored with less than seven minutes to play to tie the game at 20. But Hill wasn’t about to let the program become the butt of the “lost to Kansas in football” joke.

He returned the ensuing kick 92 yards for an embarrassment-saving score.

Hill was dismissed from OSU before the Pokes bowl game that season. After a year at West Alabama, the Kansas City Chiefs took him in the fifth round of the 2016 NFL draft. He is a four-time pro bowler and a Super Bowl champion.

In four seasons with the Chiefs, he has five return touchdowns — three punts and a kick.

The inverse of Gilbert’s scores, all three of Dez Bryant’s returning touchdowns came from punts.

He had just 22 career punt returns and scored on three of them. He had three punt return attempts in 2009 and took one two the house. What could have been.

That one return in 2009 was his longest — an 82-yard touchdown in a loss to Houston.

He also scored on a punt return against Houston the year before, a win. And he scored on one against Texas A&M in 2008.

The Dallas Cowboys took Bryant in the first round of the 2010 draft. He scored on a pair of punt returns as a rookie.

Like with Bryant, all three of Darrent Williams’ returning scores were via punts.

A Poke from 2001-04, Williams is the only player in program history two return two punts for touchdowns in the same game.

Against Louisiana, Williams scored on a 78-yard punt return late in the second quarter. Then he scored on a 59-yard return midway through the third. He had 153 punt return yards that day, the third-most in a game in program history. Second is his 162 yards against SMU in 2004.

The Denver Broncos took Williams in the second round of the 2005 NFL Draft. In two seasons he had 791 return yards.