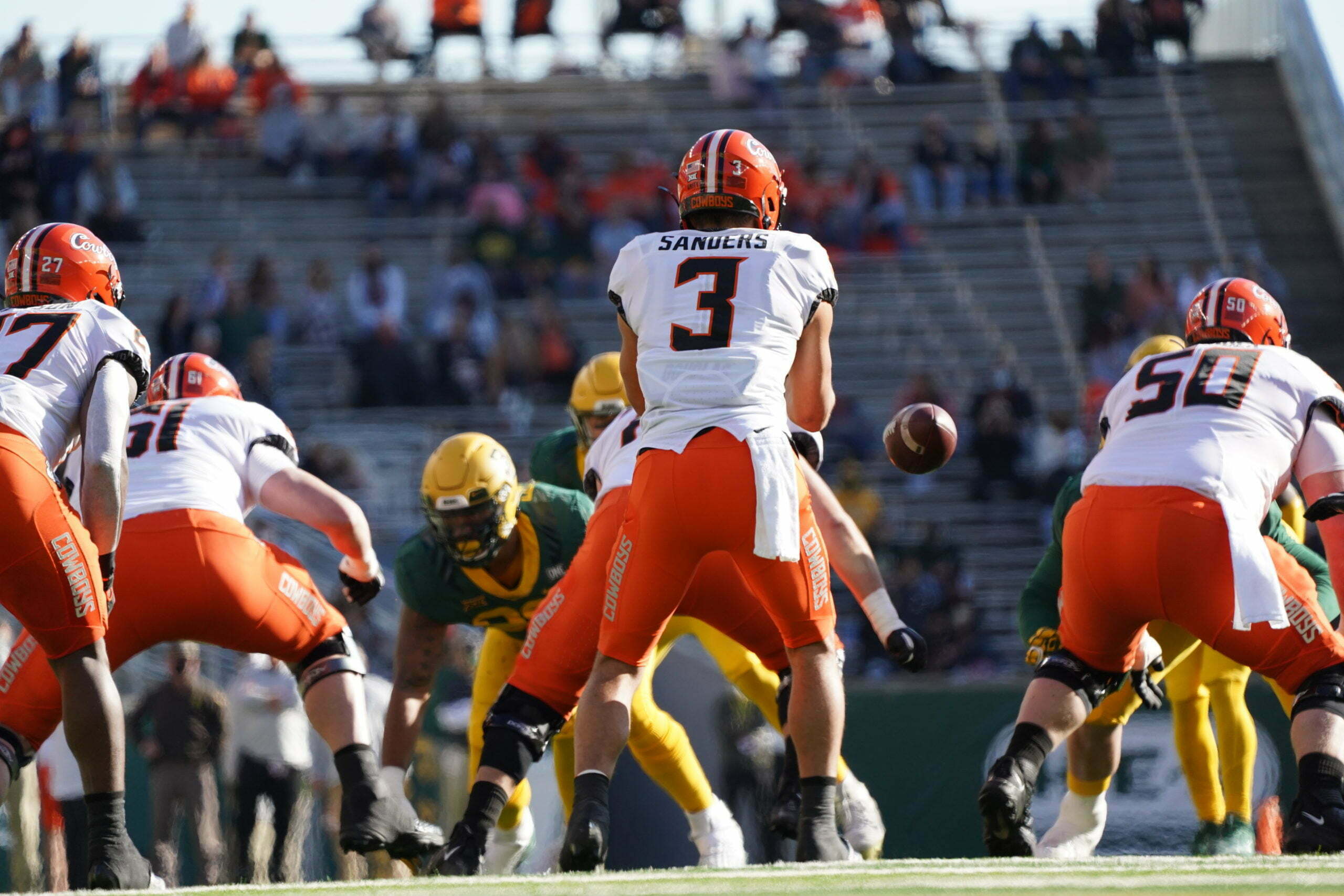 Spencer Sanders has taken a few lumps after grabbing the reins of the Cowboys’ offense, but he has started a solid climb up the program’s statistical leaderboards.

With the offseason firmly here, let us take a look at where Oklahoma State’s passing records stand heading into Sanders’ junior season.

Entering his junior season, Sanders sits behind his predecessor, Taylor Cornelius, on the Cowboys’ career passing yards list. He has averaged 2,036 yards in each of his two seasons. If he puts up a similar yardage total in 2021, he would move into fifth all-time, behind Zac Robinson.

Sanders has thrown for 30 TDs in two seasons, and he has another four on the ground. Although it doesn’t look as if he will ever catch Mason Rudolph in this stat (or in passing yards), Sanders has a good shot to finish his career around Robinson’s 66 or Mike Gundy’s 57.

Sanders bumped Cornelius off this list after completing 155 passes last year (the same amount he completed in 2019). Again, Sanders is on a good projection to finish his career in the Robinson/Gundy range.

Sanders gets harped on a lot for his interceptions, but his completion percentage is nearing on the program’s elite, ranking fourth all-time.