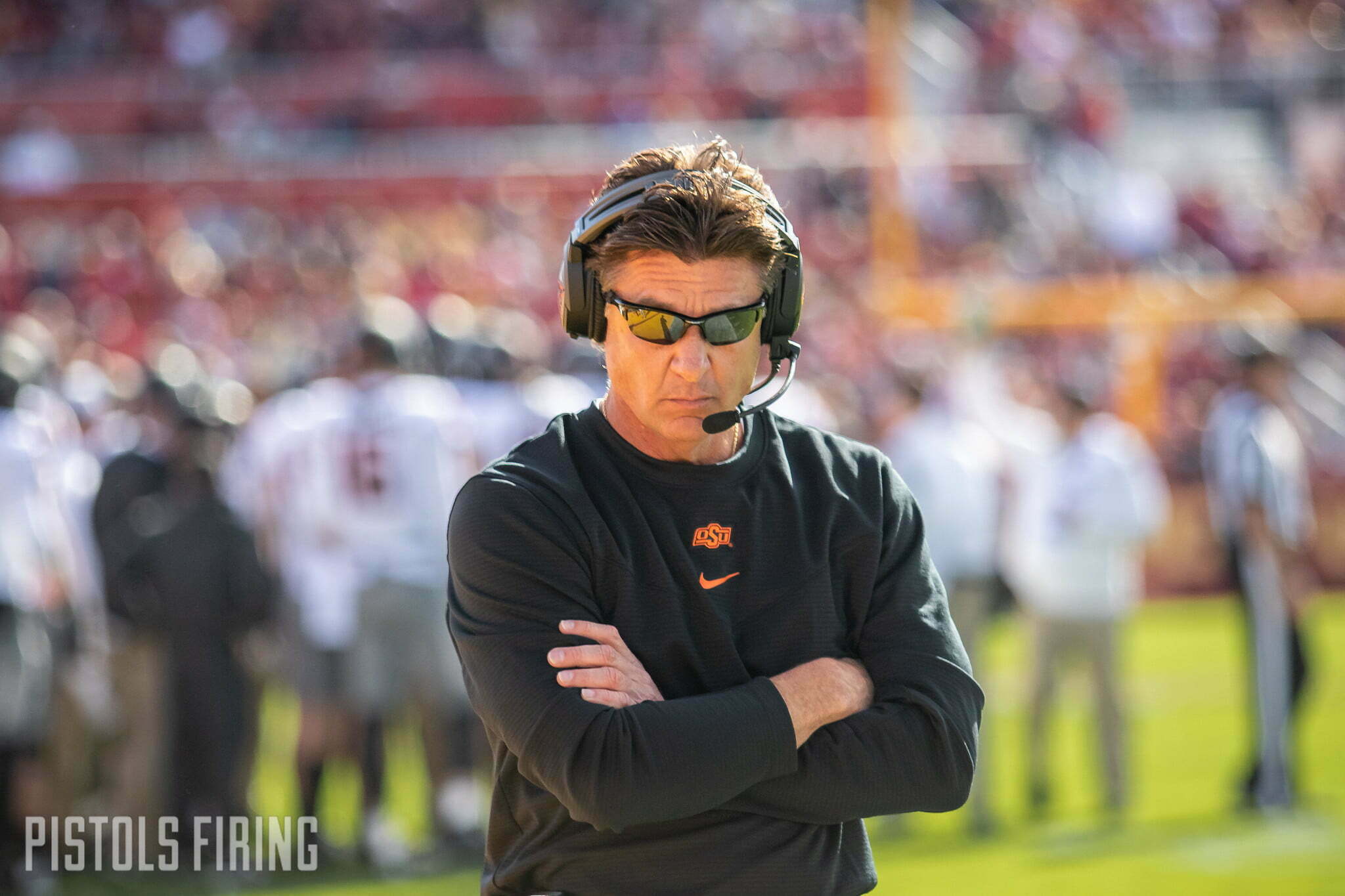 The NCAA’s recruiting dead period came to an official end at midnight last night, giving way to the quiet period (and eventually the evaluation period in the middle of next month) while ushering in what could, and should, be an eventful few spring months for Oklahoma State and other programs as they go about filling the 2023 classes. The transition means coaches can once again have in-person contact with recruits and their families, and while that contact cannot happen on recruits’ campuses or inside of homes, it does allow for recruits to do the visiting.

For OSU and most major programs, this is an ideal time for players to start checking out campuses of schools that have been recruiting them in recent months as part of a warm-up period that often times gives way to commitments or more developed relationships that can lead to commitments.

With that knowledge as context for the quiet period, our staff has each listed one recruit below to monitor in the coming months. OSU is typically very active in the spring in filling out its next class, so the 2023 cycle shouldn’t be much different.

The scoop on Pearson: I’m a sucker for small school, in-state kids, especially small town kids from the Ardmore area. Plainview’s Morgan Pearson has developed into a jumbo receiver, an architype the Cowboy staff has taken a keen interest in as of late. 247Sports lists Pearson at 6-foot-1, 215 pounds, but I’ve recently seen him listed at “6-3, 220+.” He also checks the Mike Gundy multisport box, as Pearson had an OSU baseball offer before the Cowboy football team offered him in February. He’s been in Stillwater multiple times, including for the Pokes’ 63-17 victory against TCU. He is the No. 503 2023 prospect in the composite rankings, and OSU is competing with Iowa State, Baylor, Texas Tech and others for his services.

The scoop on Helu: The Cowboys became late-game players for Helu when they extended an offer last week, and there’s a lot to like about the Utah commit. OSU’s staff means to poach Helu, leveraging its recent success in the state of Utah and a well-established pipeline of players of Polynesian decent which produced the likes of Jaylen Warren, Ofa Hautau and many others. The 6-foot, 200-pound linebacker starred on both sides of the ball, rushing for over 1,000 yards and 13 scores.

The scoop on Braxton: I got to make my pick first so I’m taking Braxton, a 5-foot-11, 160 pound corner from Lone Star Frisco — a school that recently produced OSU QB Garret Rangel and RB Jaden Nixon. OSU has been in on him since offering last fall, and the interest is clearly mutual after Braxton made the trek to Stillwater in January for Junior Day. Things seem to be heating up here, too, as 247Sports’ Cody Nagel put in a crystal ball for OSU with Braxton just a day ago. Would be a huge get for OSU — he was the Two-Way Player of the Year as a junior in his respective Texas district — and someone who could help lay the groundwork for a consequential 2023 class.