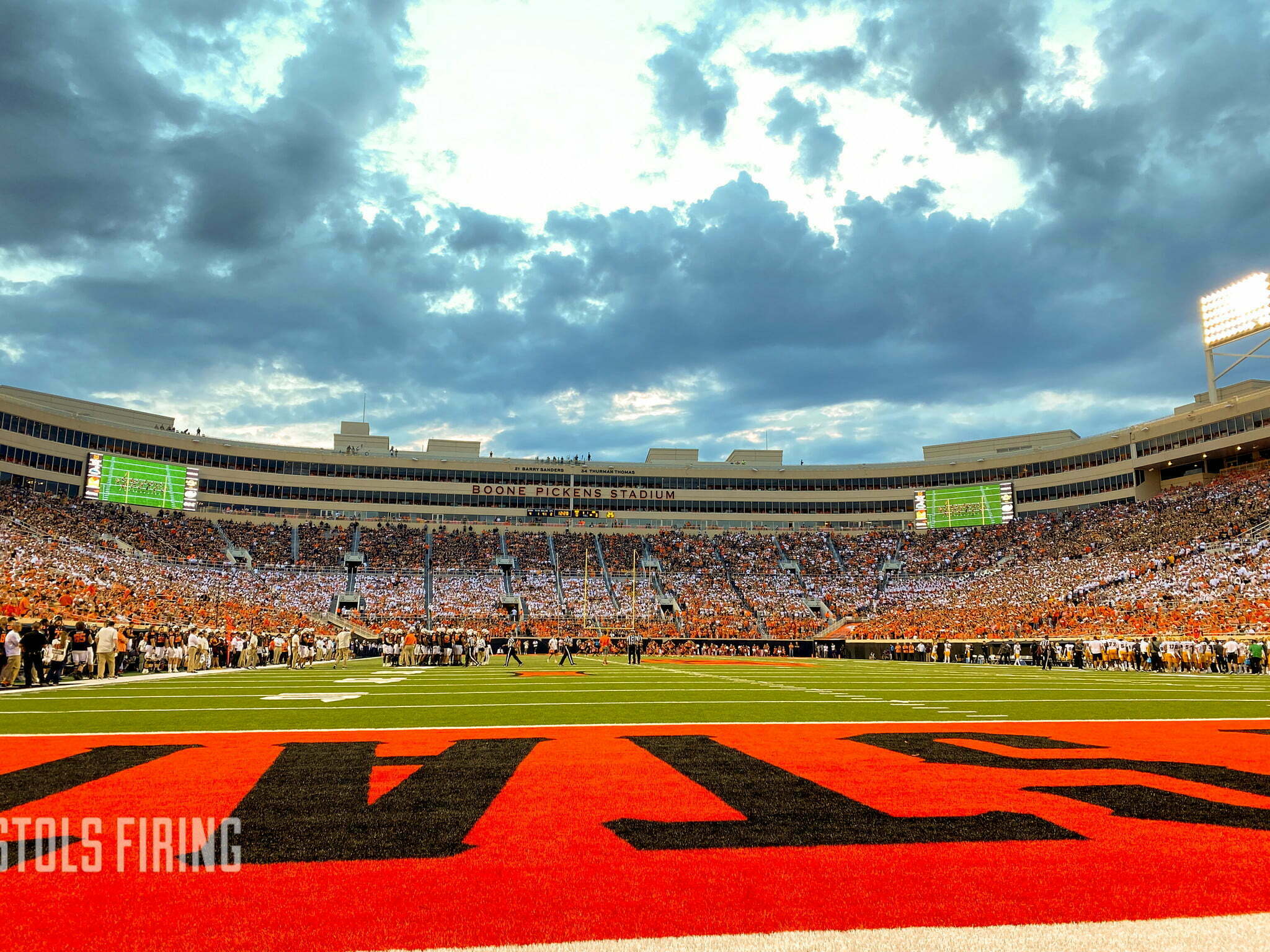 Despite the new additions and movement from within, Oklahoma State’s coaching staff has been active in trying to build for the future — the distant future in some cases.

In the week before OSU announced the hiring of new defensive coordinator Bryan Nardo, and the elevation of position coaches Joe Bob Clements and Tim Duffie, the Cowboys staff doled out a slew of offers to prospects in the 2024, 2025 and 2026 classes. And even one more for 2023. Let’s run down a list of the reported offers separated by classification.

The Tulsa native has spent the last four years at Baylor where he handled the majority of the Bears’ kickoff duties. He entered the transfer portal after graduating and will have one year of eligibility thanks to the NCAA’s Covid-19 waiver. Logan Ward, who also took over punting duties after Tom Hutton’s injury, handled the majority of OSU’s kickoffs last season.

Johnson is a productive pass-defender from C.E. King in Houston. As a junior last season, Johnson recorded 41 tackles, 14 pass breakups, a tackle for loss and fumble recovery. His offer sheet is now up to 14 and includes Kansas State, Ole Miss, Houston and Texas Tech. He’s a three-star prospect according to On3 and Rivals, the latter ranking him as the No. 23 safety in the class.

Johnson, a high school quarterback, ranks as the No. 94 athlete out of the state of Texas. He took snaps, played in the secondary and ran the 100-meter, but his tagging of OSU safeties coach Dan Hammerschmidt indicates the Cowboys are looking for him to defender passes rather than throw them. He hails from Pleasant Grove High School in Texarkana, Texas, the same alma mater as current Cowboy linebackers Xavier Benson and Nick Martin. He holds offers from nine schools including Arizona State, Nebraska and Texas Tech.

The Cowboys extended an offer to a speedster who plays both ways and runs track. He’s listed as a wide receiver by 247 but is also ranked as the No. 46 safety in the 2024 class. The fact that he tagged cornerbacks coach Tim Duffie, who was just promoted to defensive passing game coordinator, suggests OSU is after Kabango as a DB. Kabango also holds offers from Texas, Texas Tech, Utah, Kansas and UTSA.

Fields hails from Southeast High School in Oklahoma City. He rushed for 1,147 yards and 17 touchdowns as a junior last year. He also hauled in 23 catches for 480 yards and five scores.

The Cowboys are the latest to reach out to touted rusher, Tory Blaylock from Atascocita (Humble, Texas), but that offer sheet is already lengthy. Blaylock holds 28 offers including many bluebloods. The Cowboys will have to fight off the likes of Georgia, Notre Dame, Ohio State and Oklahoma for a prospect that 247Sports rank as the No. 5 running back in the 2025 class as of writing.

Another Pleasant Grove product, Jackson is a touted two-way playmaker who’s received his first offer from Arkansas as a 6-foot-5, 240-pound eighth-grader. Since then, Jackson’s offer list has grown to a dozen with the likes of Baylor, Oklahoma, Tennessee and Houston among the schools to come calling before the Cowboys did on Monday.

The DeSoto (Texas) product is a sought-after, yet unranked, rusher in the 2025 class, but it’s still early. He holds 19 offers and counting from the likes of Michigan, USC, Oregon, Texas A&M nearly half of the schools in the Big 12. Riden rushed for 1,354 yards and 18 touchdowns as a sophomore last year, helping lead DeSoto to a 6A-Div. II state championship. He earned district Offensive Newcomer of the Year.

OSU is the latest to offer a touted tight end from within the state, but not the first within the state. Oklahoma extended an offer to the 6-foot-4, 225-pound two-way player who suited up at tight end, defensive end and QB for Washington (Okla.). He also holds offers from Baylor (where his older brother Jake Roberts plays TE), as well as Penn State, Arkansas, Wisconsin, Tennessee and others.

OSU is the latest to offer the dual-threat passer from Phoenix. Moga threw for 2,258 yards and 26 touchdowns as a junior last season and added 539 yards and five scores on the ground. Despite only switching to football three years ago, his raw talent is obvious and his speed (clocked at a 4.52 40 and a 10.93 100-meter) is impressive. Among his 12 other offers are Miami, BYU, Arizona and NC State.

As a sophomore for Rock Hill High School (Prosper, Texas), Sperry threw for 1,452 yards and nine touchdowns and eight interceptions. He also rushed for 621 yards and seven more scores. The 6-foot-1, 184-pound dual-threat QB holds 15 also offers from the likes of Florida State, Baylor, Texas A&M and others.

Haynes is a dynamic playmaker whose star should only continue to rise. Playing wide receiver, cornerback and return man for Carl Albert last year, he returned each a kickoff and a punt for scores. From the looks of his @s on Twitter, it looks like OSU is looking at him as a defender, but there’s always room for a playmaker in special teams.

It’s never too early to go after a playmaker with these measurables. Although he’s still got two years left before entering the college ranks, Nickson already stands at a towering 6 foot 5 and 220 pounds. Nickson lines up on both sides of the ball for Weatherford (Okla.) but it appears OSU is looking at him as a defensive end. He also holds offers from OU and Texas Tech.

The Cowboys are trying to get in early on Prevo, but they’re not the only ones. The 5-foot-11, 165-pound cornerback hails from Liberty-Eylau High School (Texas) where he was named a Max Preps Freshman All-American last year. Prevo already boasts 16 offers including the likes of USC, Oklahoma, Penn State, Oregon, Texas A&M and Missouri.

A 6-foot, 170-pound running back from Broken Arrow. It’s super early in his recruitment but OSU wasn’t the first to come calling. Colorado and Tulsa both extended scholarships earlier in January.