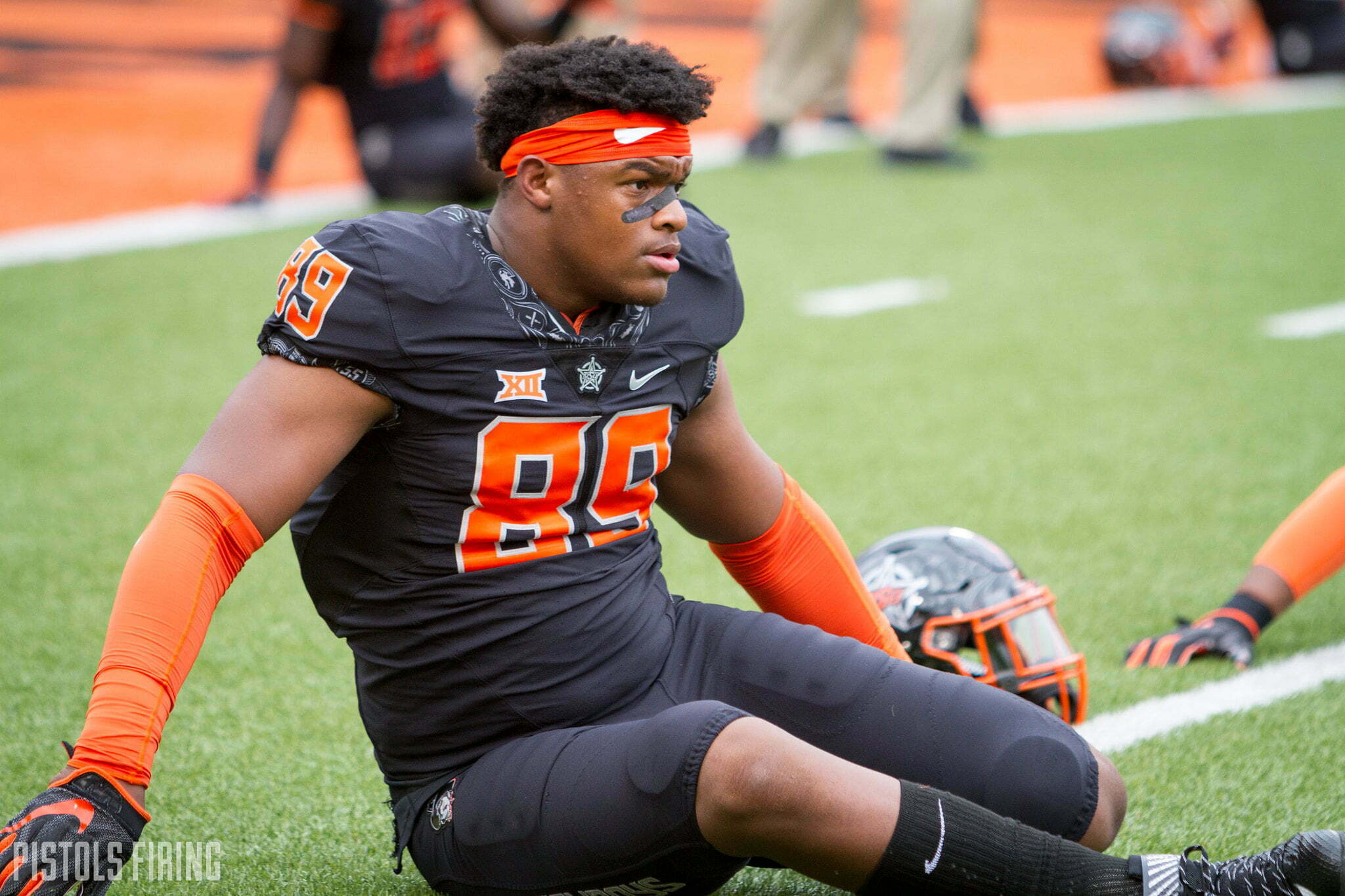 STILLWATER — After not playing a snap in 2018, Tyler Lacy is expected to start on the Cowboys’ defensive line this year.

Lacy battled through some injuries in his first year at Oklahoma State, not to mention all of the upperclassmen already ahead of him on the depth chart. But it looks as if he has found his way to the top this year.

“Tyler should be a starter for us,” defensive coordinator Jim Knowles said after practice Tuesday. “I thought he had a great spring. I think he’s doing extremely well this fall. He’s put on size, put on weight, and I think he’s a guy who can be a four-year starter for us.”

Lacy went through quite the body transformation in his redshirt season. On OSU’s 2018 roster, Lacy was listed at 240 pounds, and now he is up to 265 pounds. That weight gain has added versatility to his game. Knowles said he thinks Lacy has the ability to play at defensive end and at defensive tackle this season.

Lacy came to OSU out of Sachse High School (Texas), where he was a three-star prospect. His high school team didn’t lose a regular season game in his junior and senior seasons, going 23-2 overall in that span. It was a stacked team that included Mississippi State quarterback Jalen Mayden, Cal safety Isaiah Humphries and wide receiver Drue Jackson, who initially committed to Washington State.

A lot has been said about how OSU’s defensive front lost Jordan Brailford, Darrion Daniels, Trey Carter, Jarrell Owens, Cole Walterscheid and Enoch Smith. A lot of youth seems to be filling those gaps. Other young guys expected to contribute on OSU’s D-line sophomore Israel Antwine and redshirt sophomores Brock Martin and Brendon Evers. Knowles even said true freshman Jayden Jernigan is in the mix for some playing time.

With four years of eligibility reaming, it looks as if OSU found a gem with Lacy, a guy who had the willpower to pack on 25 pounds in a year.

“I think when I guy knows he’s not going to redshirt, his attitude changes a lot,” Knowles said. “Tyler’s from a great program, and he knows how to play. He’s really accepted his role now, and he’s stepping up.”