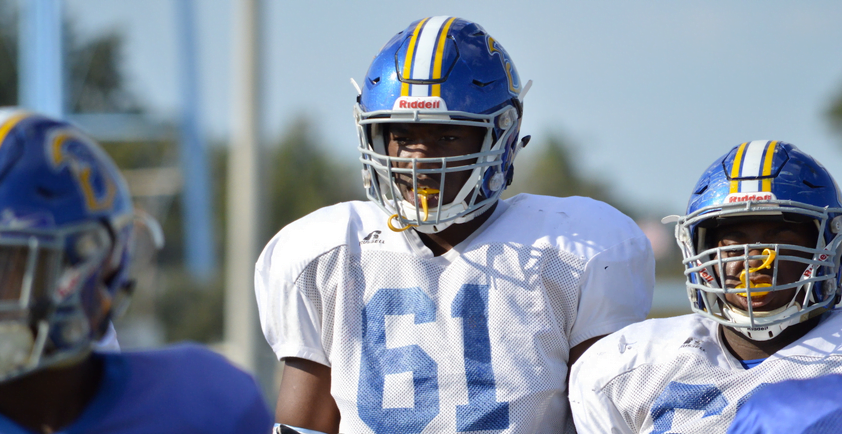 The Reload, PFB’s recruiting recap, is here to catch you up to speed on the latest Oklahoma State recruiting information and speculation. Eat up.

After committing to OSU recently after a junior day offer, 2018 tight end prospect Nic McTear is getting some serious interest elsewhere. Since his commitment a little over a week ago, he has garnered offers from Houston, Baylor, and Miami. With a 6-foot-4 frame and pass-catching ability and versatility of a wide receiver, this will likely continue until signing day. He is still committed to Oklahoma State.

As you might remember, Baylor picked off OSU’s tight end commitment just before national signing day in January. So it appears Matt Rhule is making a habit of attempting to keep tight end prospects committed to OSU in his own state.

Oklahoma State is recruiting in a territory it once had success recently. In 2014, OSU pulled out running back Sione Palelei out of East Ascension in Gonzales, Louisiana. Unfortunately, knee injuries derailed his career. This time, OSU is after defensive end prospect Cameron Wire of East Ascension.

A current three-star recruit, Wire has 16 Division I offers that include Missouri, Arkansas, Iowa State and others. He plays both ways for East Ascension, as an offensive tackle and also as a defensive end — and OSU likes him more as a pass rusher. Defensive ends are at a premium in college football, and at 6-foot-6, 260 pounds, he’s a long, lanky prospect who could develop into a freak cut out of the same cloth as Shawn Oakman in build.

Fourth on the offer list for Katy (Texas) defensive tackle Moro Ojomo is OSU — who joins TCU, SMU, and Texas State among schools who have offered since February. As a second-team all district selection a season ago, Ojomo will likely continue to see his recruitment interest skyrocket being from such a historically talent rich program in Katy.

TCU commit Ochaun Mathis reported an OSU offer yesterday — his first since committing to the Horned Frogs on Jan. 29. Mathis was a first team all-district selection as a junior out of Manor, Texas, and is a high-level defensive end prospect with other offers from Texas Tech, Purdue, and Tulsa.