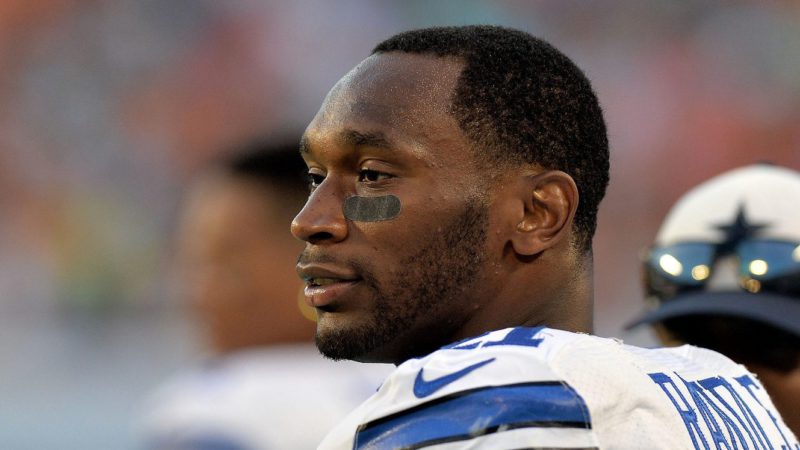 As a part of Sports Illustrated’s “True Crime” Series, Dan Greene wrote about the ascension and struggles of former Oklahoma State running back Joseph Randle.

The lengthy article is well-written but is hard to read. Especially if you are someone who has followed Randle for any time or you have not heard all the details and incidents that have led to his current incarceration (for charges including aggravated battery, property damage and criminal threat).

I’ll share a few interesting excerpts, but I recommend reading the whole piece. This one stuck out to me about Randle’s supposed feelings with Oklahoma State regarding his fall to the fifth round of the NFL Draft.

Still, one Wichita acquaintance who saw Randle shortly after the draft recalls him being fixated on the fall all the way to No. 151. OSU’s coaches, he believed, had depressed his stock by exaggerating the extent of an existing hand injury. (OSU officials declined to comment.)

Of course, this is an unnamed source and OSU declining to comment doesn’t mean anything. They could be refusing to out of some type of loyalty to Randle, who himself rejected multiple requests for an interview with SI.

The article paints a picture of Randle as a man struggling with mental health issues — no one will argue there — and shows the type of mindset the young running back was in leading up to some of these incidents.

Randle also began acting paranoid. At one point he stormed out of a room when he noticed a friend was using Snapchat; he believed the friend was taking clandestine photos of him. According to one Cowboys source, this kind of unpredictable behavior was nothing new. “One day he’s nice, one day he’s quiet, one day he’s hyper,” the source says. “He was like that since he walked through the door [in Dallas].”

The hot-take issue other than the violent crimes of which Randle has been accused is the implication or inference that at leas toms of Randle’s issues may stem from repeated head trauma including one specific play in which his head hit the ground.

“I asked him multiple times: Did you pass the concussion test? Do you have a concussion?” Rodriguez recalls. “And he would kind of gaze out—you know when people daydream? It felt like he was daydreaming a lot. I’m like, Joseph, what’s going on?”

It needs to be pointed out (and was in the article) that neither Randle, his attorneys or any medical professional has claimed or inferred that any of these incidents were concussion related. This is all based off of the opinions of unnamed friends or acquaintances of Randle.

Regardless of the cause of Joseph Randle’s current state, it’s a definitely a sad part of professional sports and life in general.