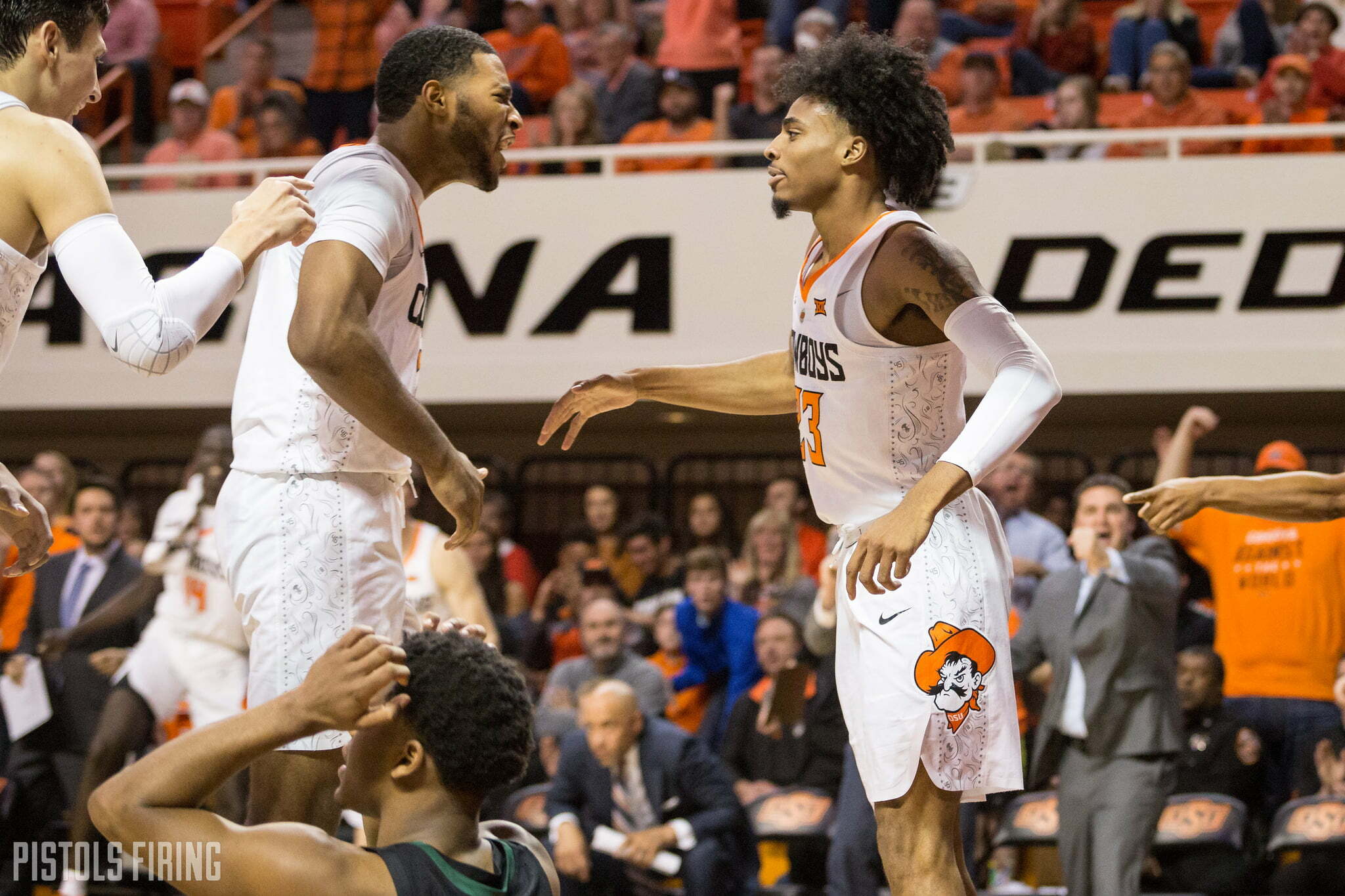 Wednesday’s departures from the Oklahoma State basketball program are suspected to be linked with an ongoing vandalism investigation, according to the Tulsa World‘s Mark Cooper.

According to a Stillwater Police Department public information report, officers investigated a reported vandalism that included two shattered back door windows, damage to a 2015 Toyota Rav-4 and a 2011 Chevy Cruze. The Rav-4 sustained approximately 30 BB holes/dents in the windows and body on both sides, totaling $5,000 in damage. The Cruze sustained approximately three BB holes in the windshield, totaling $500 in damage. The incident occurred between 11:30 and 11:45 p.m. on Jan. 1. The document was provided by police in response to an open records request for reports involving the three players. [Tulsa World]

OSU coach Mike Boynton didn’t delve into the details of Michael Weather’s, Maurice Calloo’s and Kentrevious Jones’ departures, but at a news conference Monday, Boynton explained the overarching details of the situation were still murky.

“In terms of the incident itself there was some kind of noise about something that may have happened, but it was very, very cloudy on details,” Boynton said Wednesday. “I never want to make a rush to judgment. I want to make sure I have as much information as I can before I make a decision, and that would have been late last week. More information came about when we got back, late Saturday night. We moved forward from there and more information more recently last night.

“I don’t know exactly everything that happened. I don’t want to speak ahead of the situation. I think it’s still kind of being looked into. But I have enough information now to have made the decision that I made at this point.”

In the public’s eye, Weathers and Jones were already past their first chances. Weathers was suspended in the fall after reportedly stealing a wallet at a bar and using money from that wallet to buy drinks. Jones wasn’t in Gallagher-Iba Arena for OSU’s game against Baylor on Monday. He was suspended. Boynton said Wednesday Jones’ suspension against Baylor was related to the trio’s incident. That wasn’t the first time Jones was serving a disciplinary suspension, though. Jones sat in nine games while only playing in eight in his time at OSU.

For Calloo, the incident was the first time he was known to the media to have had any disciplinary issues. Here’s what Boynton said to that Wednesday:

“I don’t keep count,” he said. “… Each situation that comes up is in and of itself a situation we gotta deal with. Like I said, it’s not always public, what goes on, and there’s been discipline before for these guys. Now is just the time to make this decision right now for them and for our program.”

Boynton said his conversation with Jones happened Sunday, but with the cloudy details, he didn’t meet with Calloo and Weathers about it until Wednesday morning.

“These days aren’t fun,” Boynton said. “Certainly I care a great deal about these young men, and I want to see them all have success. We try to push them and we try to talk about things that are really relevant to life and give them a chance. They don’t always necessarily make great decisions. When they don’t, there’s consequences to that.”