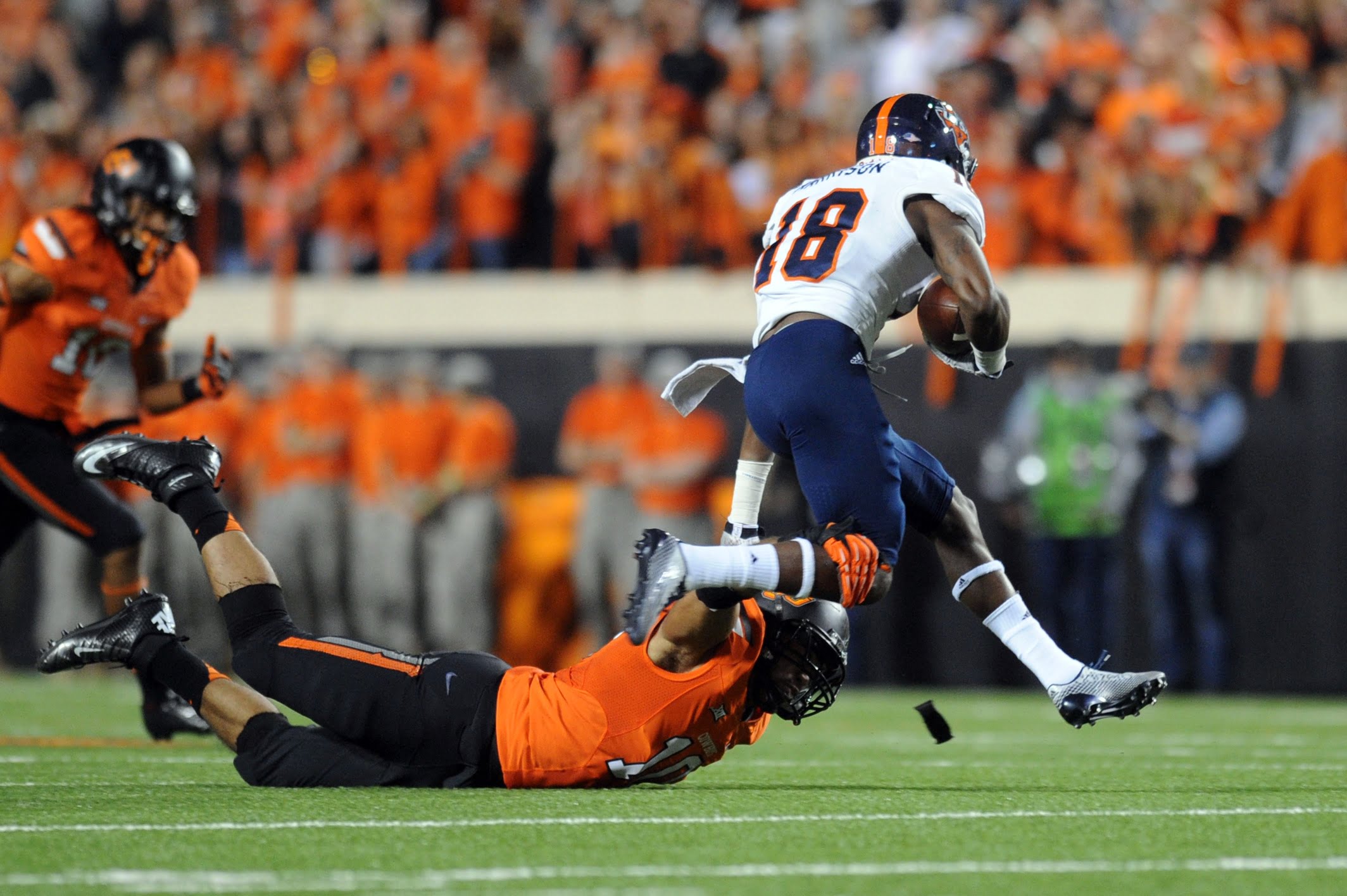 I did a poor job wording this question in relation to what I wanted to compare it to but on Tuesday I put out a poll about how many Big 12 games OSU would win this year.

In order to compare it correctly to OKC Dave’s preseason poll, though, we need to look at total wins.

That’s pretty easy of course given that everyone who took the poll knows that OSU already has two wins so I just added two wins to the answers to get a number that was comparable to Dave’s.

For example, if you voted in my poll that OSU would win 8+ Big 12 games that means you think OSU is going to win 10+ regular season games given that two wins are already secure.

If you voted in my poll that OSU would win six Big 12 games that means you think OSU is going to win eight regular season games.

Let’s take a look at the results when looking at the entire season:

I personally think OSU is going to go 6-3 in conference to finish 8-4 overall. That’s been my prediction from the beginning and I think the emergence of a great D and the de-emergence (?) of a QB cancel each other out making my expectations the same as they were in August.

Here were the best comments.

Drew: People voting 8 or more must have misread the question… It didn’t ask how many deep balls Daxx is going to throw against Tech.

Nicholas D: The realist in me takes no pleasure in picking 8. I feel like we’ll lose to Baylor and OU and one of these: TCU, WVU, or KSU. I hope I’m wrong. The optimist in me thinks we’ll get 9.