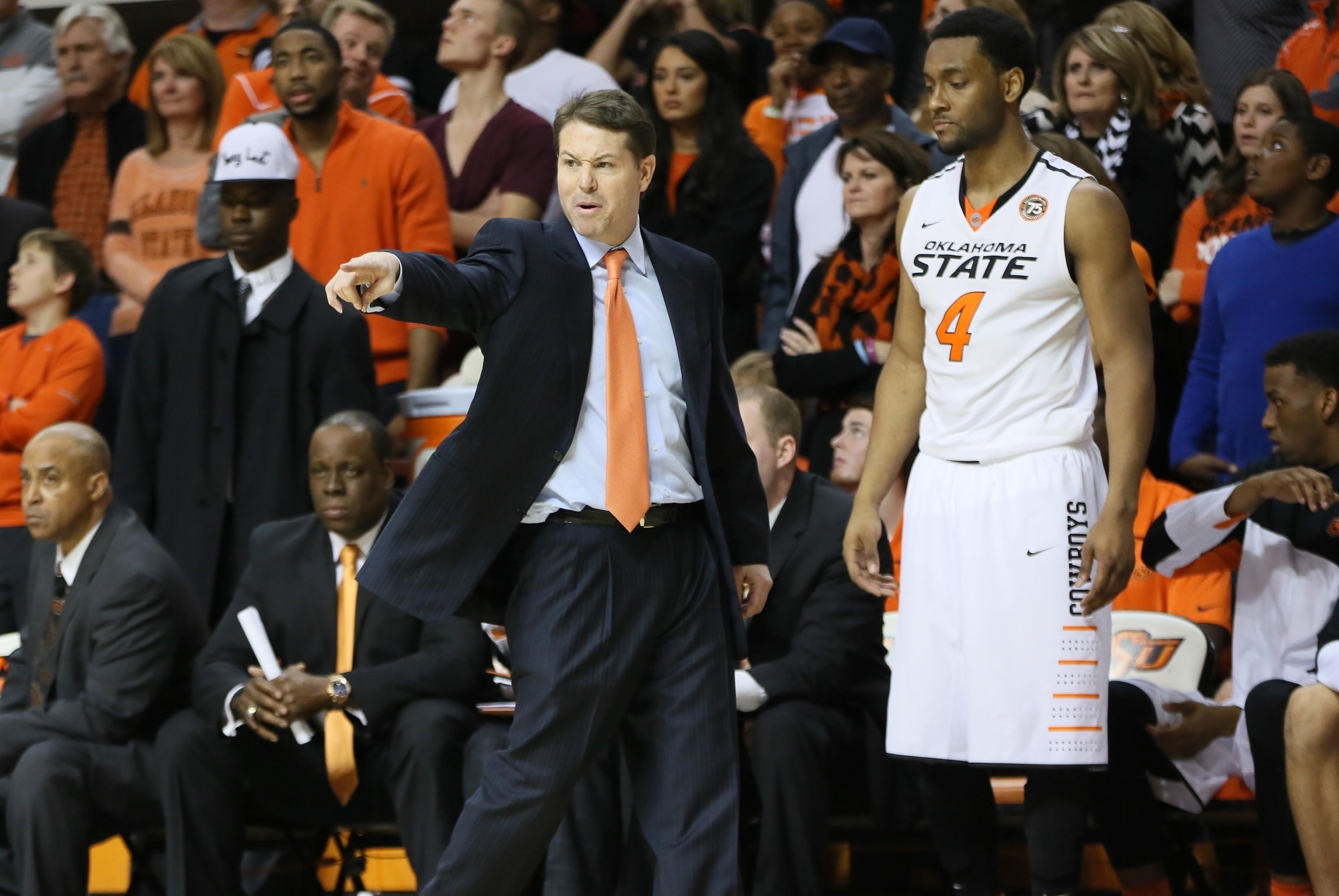 Yesterday I asked whether you would rather your kid start for Travis Ford or sit for Mike Gundy. Here are the results of that poll:

I’m kidding of course…okay I’m kind of serious. I voted for Ford as well but not for the same reasons as others. I tossed the kid part in there because I knew it would add a layer of consternation for some of you.

When it’s just you it’s an easier decision but toss a child question at folks and the irrationality begins.

By the way, props to the kid in the blue back right of that photo above for unintentionally photobombing the crap out of Ford and Brian Williams.

Here were the best comments:

Luke: Ford. For all his shortcomings as a basketball coach (and they are countless) I feel like he is a guy that can take kids and prepare them for life more than Gundy. Since the likelihood of my kids being professional basketball players is low, I won’t hold Ford’s actual basketball coaching resume against him

Nate: Wow…prepare them for life?? I guess if you want your kid to be a constant whiner, blame others for their failures, and lack any sort of leadership then by all means Ford is your guy.

Jeremy: Ford prepares kids for life better than Gundy? Are we talking about the same Ford and Gundy?

Dave: Give him 4 years on the white maple and I’d let my son play for Dave Bliss.

Chon: Gundy’s sideline. Because that’s where Glenn Spencer is.