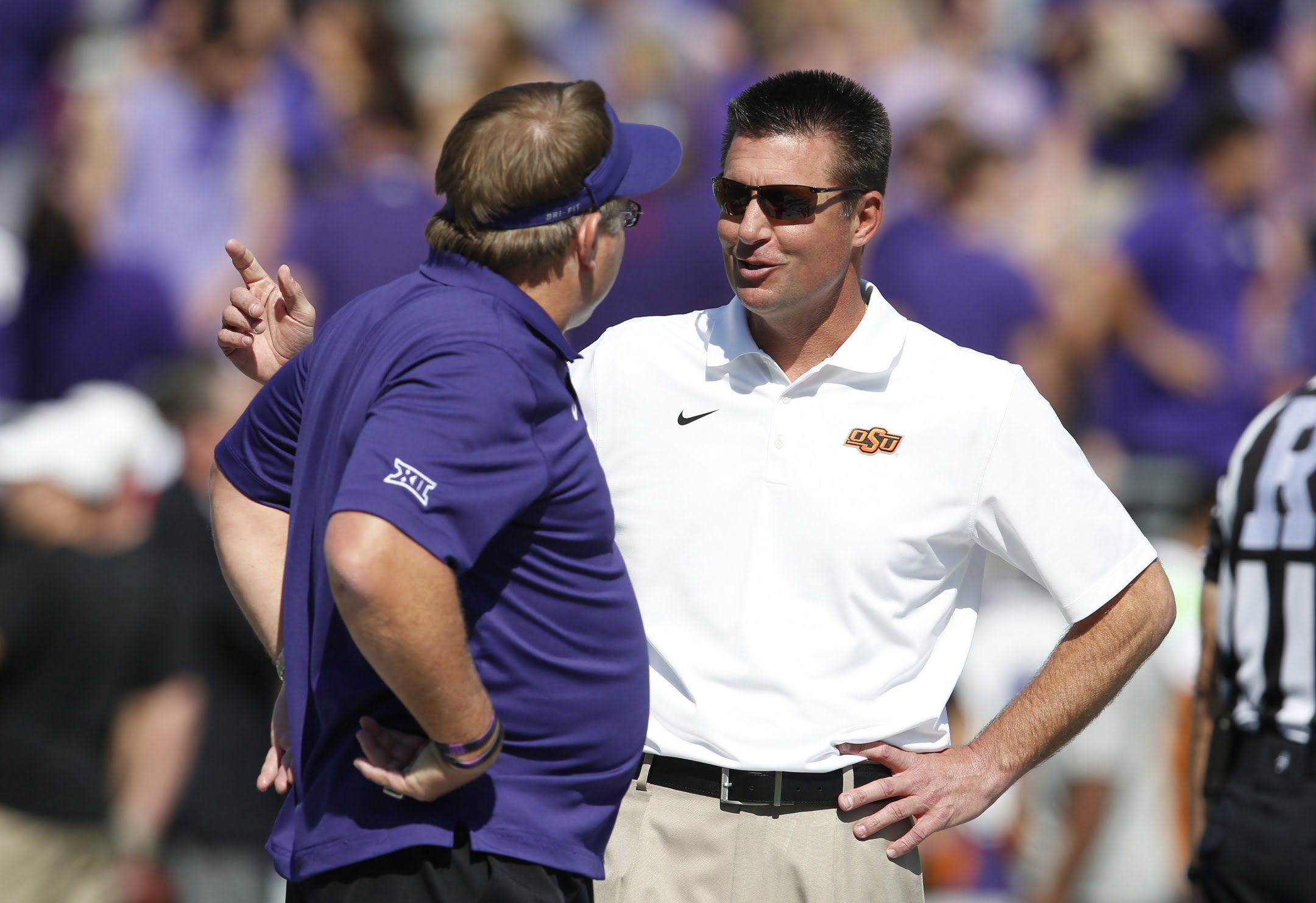 Will both of these coaches be bowling? (UTSATSI)

I posted a poll earlier this week about whether we were concerned about Mike Gundy leading OSU to its ninth (!) straight bowl game this season. Over 500 of you voted and here are the results:

I’m in the minority here. I don’t think OSU is going to miss out on a bowl game this season. It would, in a lot of ways, be more difficult to lose out than to win just one more game and I think there’s some overreaction to the TCU game going on.

The Frogs are the real deal — that might be the toughest game OSU plays all season — so I think to categorize that loss as a sign of things to come is a little unfair (both to OSU as well as to TCU).

The “I’m not concerned group has advanced metrics on its side, too. Here are Bill Connelly’s predictions for final Big 12 record for each team based on current F/+.

His numbers say there’s an 89 percent chance OSU makes a bowl game by going 4-5. I’m not sure I’m 89 percent sure but I’m definitely over 50 percent.

Here were the best comments.

Chris: Even with the already saturated Bowl schedule, it may take CFB doing their own version of the NIT for OSU to make the postseason.

Phillip: This team NEEDS to make a bowl game. The extra practice and game would be great for next year. and I went to the Heart of Dallas Bowl, there was NOTHING good about that game besides the W.

Okstate11: Isn’t there like 80 bowls? Shouldn’t every team pretty much make it?

Towski: I would just like to offer my congratulations on the title matching the question

Fred:[1. Fred, my man!] I love how 2 weeks ago the comments were ripping this blog for assuming we wouldn’t win the conference. Seems like the folks who write the blogs might have some idea what the hell is going on.