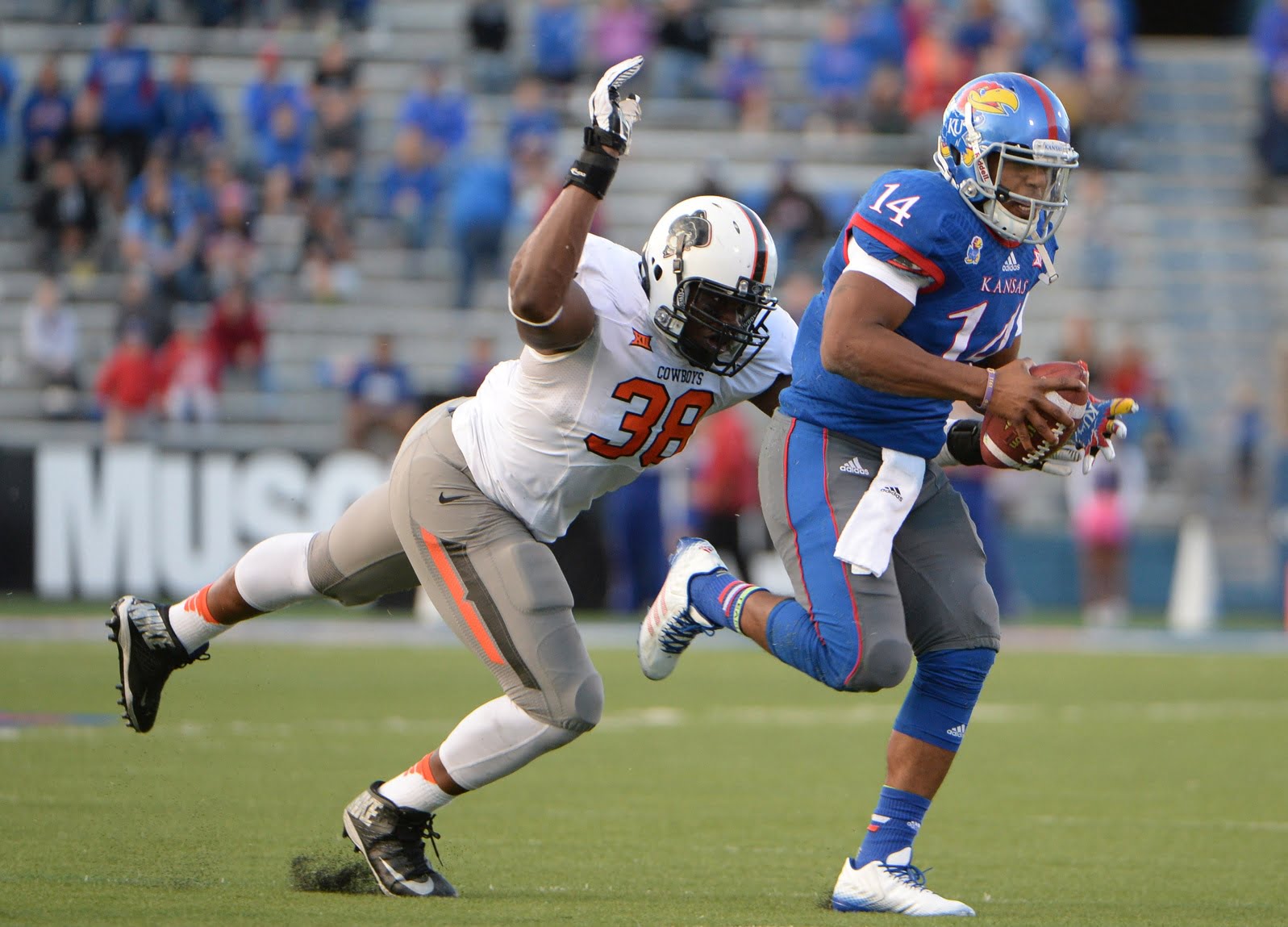 As of 4:19 CST on Thursday here’s how the votes for who you would rather have as your OC/DC at Oklahoma State stood:

I think there’s probably a discount given to Young and Monken because, well, because we just watched that abomination of a game in Lawrence last week and have a harder time remembering all those 3rd and longs Young’s defenses used to surrender.

I would take Yurcich and Spencer — by a pretty decent margin, I think. I was leery of replacing Young with Spencer but I was dead wrong about that. Spencer is a monster and his defenses have been immense.

If you look at the net points per drive change from 2012 (Young and Monken) to 2013 (Yurcich and Spencer) with mostly the same players, there isn’t one.

It’s just that both went down significantly in 2013 which (coincidentally?) was when OSU nearly won the Big 12 Championship.

The best of the comments section:

CCC: To me, it boils down to this: Young could be frustrating, but I feel like he is a better DC than Yurcich is at OC. Monken and Spencer are both great at their jobs, so you go with the combo that has the strongest “weak link”. Young was a good enough DC to get us a Fiesta Bowl win against a Andrew Luck-led Stanford team. This year, it looks like Yurcich may not be a good enough OC to get us bowl eligible.

Justin: What if Spencer was dc in 2011? Would there be a national championship?