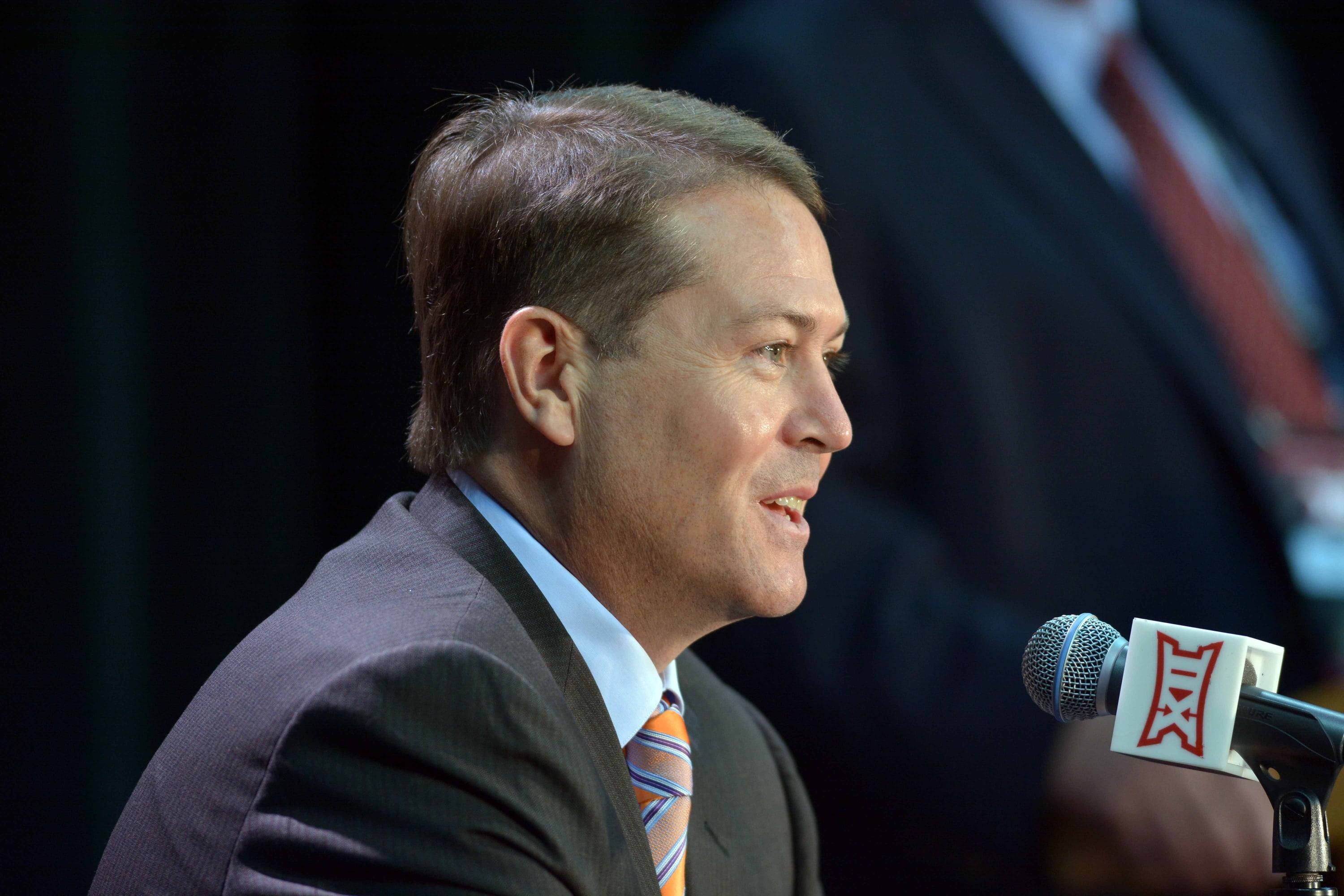 Here’s how bad it’s gotten for Mike Yurcich — OSU fans are saying that Travis Ford (Travis Ford!) is more likely to sign another contract at Oklahoma State than Yurcich is.

The poll results from last week’s question about whether Ford or Yurcich was more likely to ever ink his name on another contract co-signed by Mike Holder:

This is just because we’re in football season, right? If I asked the same question in February the numbers would be reversed — if Mike Yurcich is still employed in February, that is.

Personally, I think I agree with the majority. The likelihood of either re-signing with OSU is roughly the same as OSU signing me to run its social media platforms but there’s at least a scenario in which Travis Ford takes one of the next two or three teams to the Sweet 16 and then backdoors an Elite 8 at some point and we re-sign him eventually, right?

Mike Yurcich isn’t getting re-signed this offseason. He’s just not. I hate that for him because he seems like a good dude but there’s always a fall guy.

I’m not the only one who thinks this, am I?

Here were the best of the comments:

Ryan: “Ford is absolutely not getting another contract, I think we can probably all agree on that one. Given his results, and the talent he has had, the only reason he is still here is because of the ludicrous contract extension. It is not a certainty that Yurcich won’t be back.”

Voeg: “There’s absolutely no way Yurcich comes back. He just leaves you scratching your head wondering ‘did that just happen’. While i think Ford should be gone as well, at least Ford has been a pretty good recruiter (not great). He brought in some talent that elevated the program. That is the reason i think he has a better chance than Yurcich.”

James: “There is no way Yurich is back, unless Gundy’s ego is the size of Saturn so…..never mind Yurich is more likely to come back.”