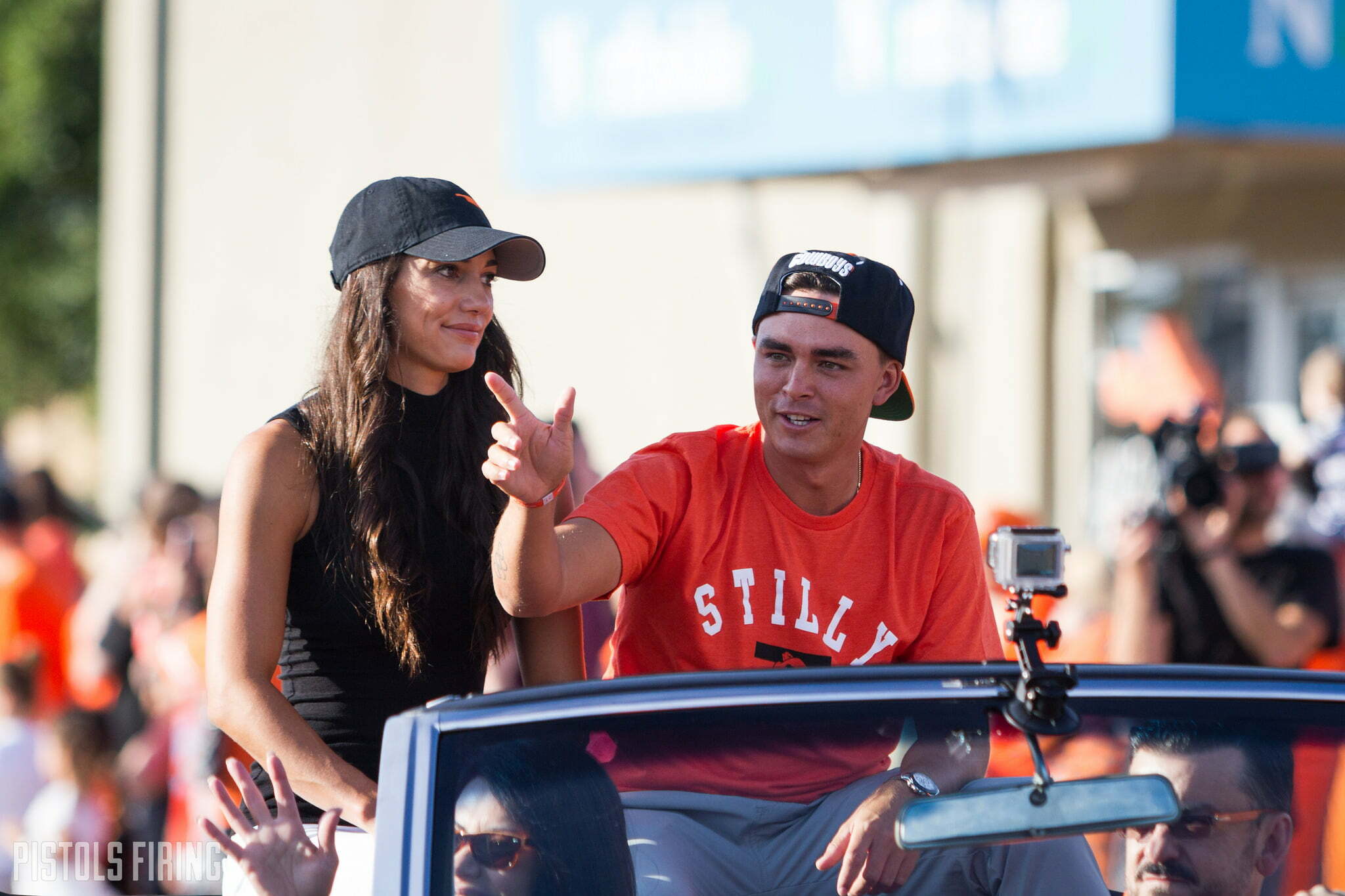 With the madness of Homecoming weekend, I hadn’t really had a great chance to see all of what Rickie Fowler said about his experience as the grand marshal last week. Hayden Barber wrote a great piece about how Fowler works to stay grounded despite his insane life that you should read, but his comments in Stillwater in particular caught my eye.

“When people see (Homecoming weekend), I think they understand a little more what Oklahoma State is,” Fowler said. “What it stands for, the family. The amount of people that come back and turn out for Walkaround to the parade this morning. You always feel like you know people in the crowd, and if you don’t it doesn’t feel like you’re very far removed from them. It’s a big family, and I got to be a part of that for two years.”

Fowler noted that he came to Stillwater to play golf, but he got a lot more return than just a launching pad for an elite golf career.

“The main reason I came here was to play golf and use as a stepping stone to get to my next point in my career which is to ultimately be on the PGA Tour. I was able to do that, and this was a great place for me to do that.

“I was able to get everything done that I wanted to … have a place that is forever going to be a part of me. Even though it was only the two years. It’s a place I love to come back to, enjoy coming back to. I’ve been able to make some stops here and go practice and play with the team. It was exactly what I needed for a stepping stone to get to that next point in my career.”

He also said he tries to come back at least once a year.

“I try and get back for the Cowboy pro-am and a football game,” said Fowler. “There’s been a couple of years where I’ve made it back twice. (Once) is enough, but I wish there was more. If I could make it back once every year, it’s special. Kind of fills that little hole in there. I’d like to try and make it back more. Busy schedule makes it tough.”

Pretty cool stuff from a globetrotting superstar who rakes in money like I rake the leaves in my front yard. He’s been a tremendous ambassador for Oklahoma State on the biggest stage possible with nothing to gain from it other than the goodwill of the good folks in Stillwater, USA. He’s gotten that and more for his efforts, and all of it is well deserved.