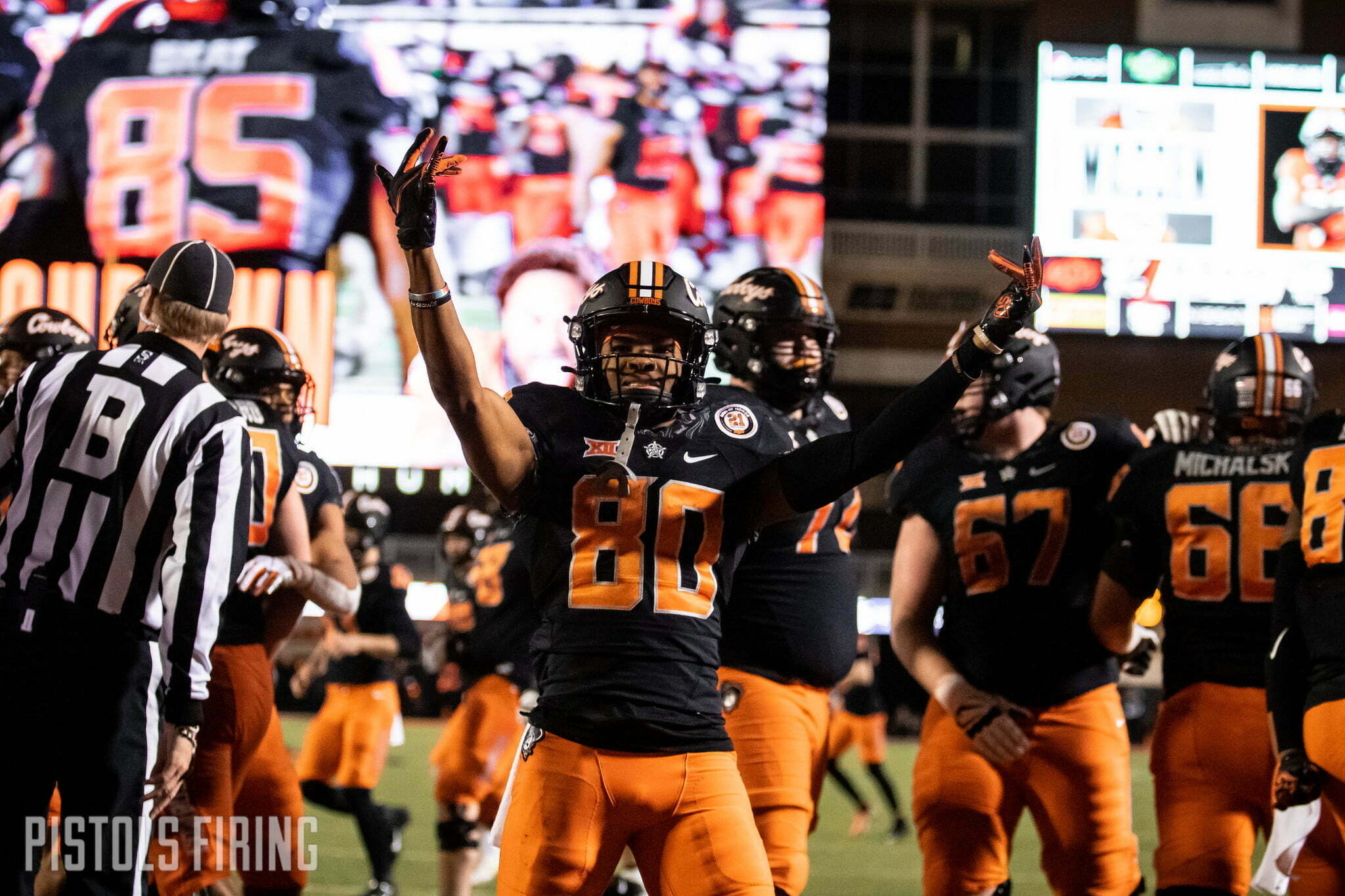 Oklahoma State knocked Oklahoma out of first place in the Big 12 title race, and right out of contention altogether. So it should come as no surprise that the stellar play of several Cowboys was recognized in this week’s conference awards.

Malcolm Rodriguez earned his third Defensive Player of the Week this season and the fifth of his career for his team-leading 11 tackles, three tackles for loss and two sacks of Caleb Williams on Saturday. Rodriguez also recorded a pass breakup.

Brennan Presley earned his first weekly award as Special Teams Player of the Week, even though he dropped a punt that was picked up and scored by the other team. That’s saying something, and his two kickoff returns meant something. After a picking up a nice 42-yard return that led to Oklahoma State’s second touchdown drive, Presley decided to give his fellow Cowboys on offense an extended break, taking this kick 100 yards to the house.

Collin Oliver earned his first weekly award in his first Bedlam game. The true freshman is OSU’s sack leader and added two more on Saturday, including this one to seal the win. Oliver’s 9.5 total sacks places him third in the Big 12.