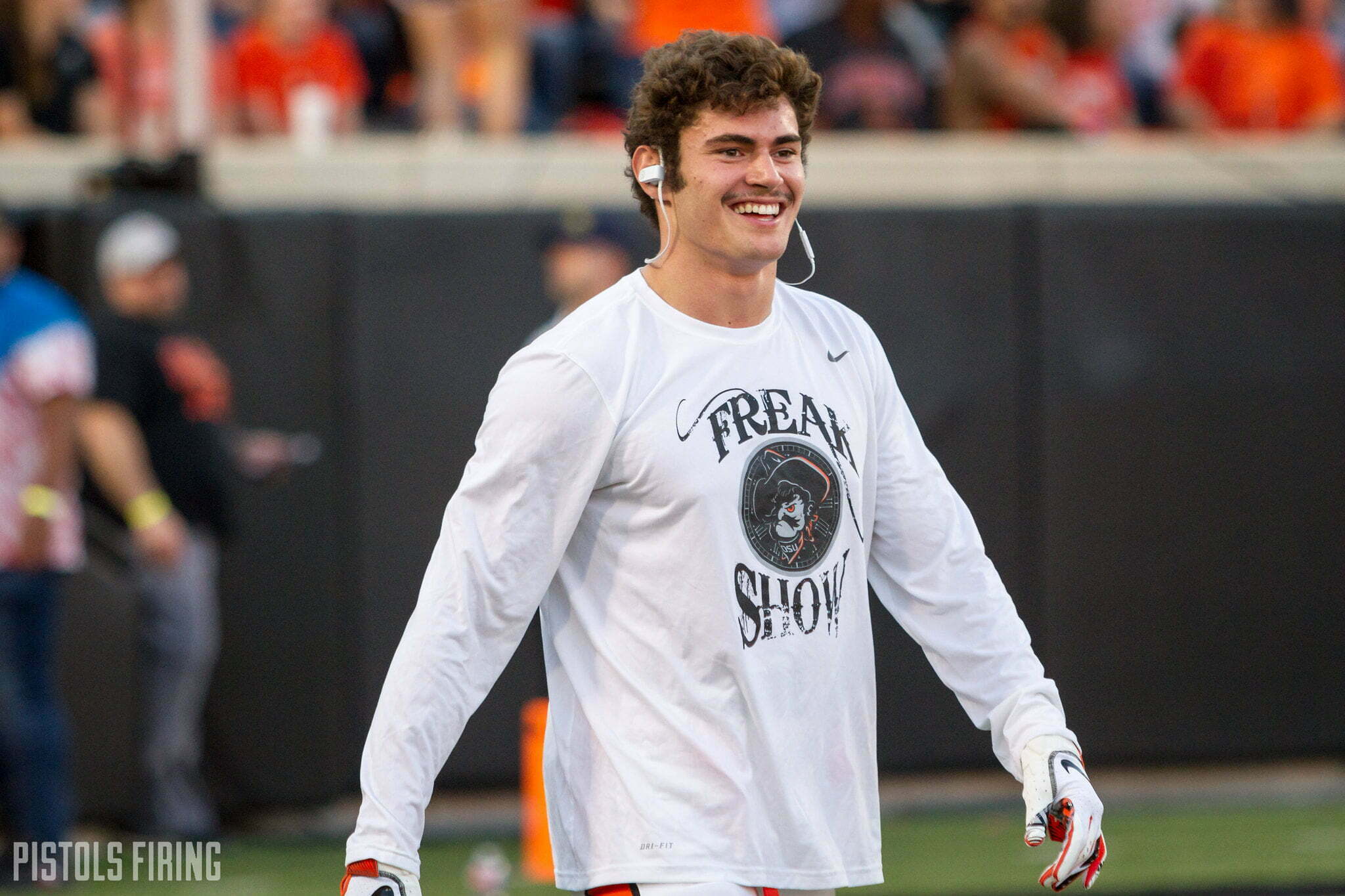 When Dillon Stoner came to OSU from Jenks High School, he was touted not only for his physical gifts, but his versatility. Thanks to some turnover in the receiving corps, that versatility could be on full display this fall.

At Jenks, Stoner played wide receiver, cornerback, safety, kick returner and punter. He hasn’t quite hit all of those marks on the field at OSU, but Mike Gundy did stick him in at wildcat in his second game ever as a true freshman (with OSU down late to Central Michigan), showing plenty of trust in his skill and skillfulness.

But Stoner first made his name in Stillwater by winning the Cowboys’ summer’s final conditioning test over favorite all-time athlete James Washington — a fact that apparently made Washington “salty” — but the he quickly endeared himself to his teammates and coaches with his football IQ and ability to make plays.

Despite Stoner being the most experienced receiver of the bunch, I don’t think he’s come close to his ceiling yet. In 2016, his season was cut short with injury. In 2017, he showed to be a nice piece aside the likes of James Washington, Marcell Ateman and Jalen McCleskey.

Last season, he had to share targets with Tylan Wallace and Tyron Johnson, and reps with a budding playmaker in Landon Wolf at the slot. Despite taking the third-most targets last season (71), Stoner recorded an uber-efficient 67.6-percent catch rate.

There won’t be any shortage of mouths to feed for whoever is lining up behind center in orange, but Stoner’s versatility (and dependability) may help him carve out an even bigger role heading into his redshirt junior season. Checks roster. Yep, he’s only a junior.

During the spring, Gundy threw out the possibility of Stoner lining up on the outside as well as at his normal slot position.

With Tyron Johnson departed, and most of the obvious candidates to replace his production and deep-play ability (i.e. C.J. Moore, Patrick McKaufman, Braydon Johnson) unproven, Gundy pointed to Stoner’s versatility as a possible answer.

“When we get into the middle of August, we have to make a decision and go with it,” Gundy said. “The good news with Stoner is, is he can play every position, so if we needed to make a move, we certainly could.”

Given Stoner’s mix of talent, speed and sure-handedness — and now possibly increased shots at a deep ball — I wouldn’t be surprised to see OSU’s most experienced wideout hit a new career highs across the board.