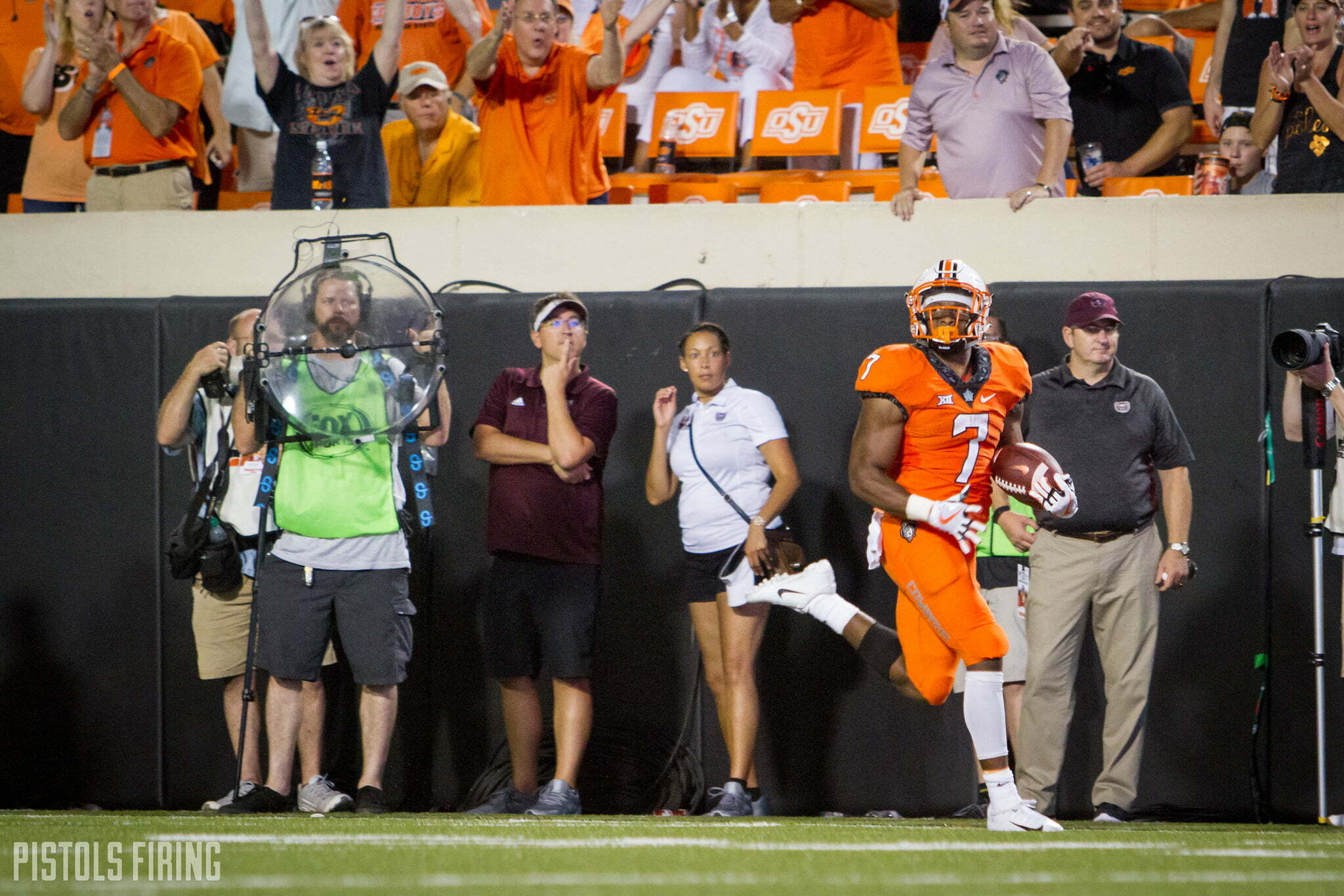 As we barrel into (and through) OSU’s spring football, it’s time to start taking a look at where some of OSU’s new(ish) contributors will fit in on the 2019 roster.

We’re going to start in the backfield today and talk about what LD Brown’s ceiling is, what he brings to the table and why he could be valuable for an Oklahoma State team intent on improving on what was a disappointing 2018 season.

LD has been a backup for whatever two-headed (or three-headed) RB group OSU has thrown out there the last few years. His numbers are quite good, but they might also be deceiving as he’s produced most against the Tulsas, South Alabamas and Missouri States of the world. Still, he had some big boy runs that screamed “but you should see me against the Baylors and TCUs!”

I suppose Brown’s ceiling is spelling Chuba when he has to be oxygenated between 100-yard dashes. It’s an unlikely ceiling with all the horses OSU is bringing in (and because Jahmyl Jeter is a year into his college career now), but it’s at least conceivable that Glass and Jackson aren’t physically prepared, Jeter still hasn’t learned the playbook and Brown gets Chuba’s leftover maple syrup.

He’s fun to watch, clearly speedy and I think could be a solid backup to one of the best backs in the Big 12. This is best-case scenario, though, based on the talent in the room and how the opportunities shake out.

The sample size is tiny, but Brown only averages 3.75 yards a pop against Big 12 teams. Most of his work as the 6.3 guy you see above is, again, against teams that couldn’t put a player on the defensive side of the roster for Texas and OU.

Based on that I think his floor on this year’s team is kind of what he’s been over the last few seasons — the mop-up guy against bad teams. The fourth or fifth guy in a great RB room. The names are different — Jackson, Glass and Jeter — but the outcome for Brown could be the same.

I would lean closer to the floor than the ceiling here. One thing we don’t talk about a ton with Brown is that he’s small. He’s the second-lightest RB on the roster by 12 pounds (pending Glass’ introduction to the other Glass), and while size isn’t everything (see: Heisman trophy in Heritage Hall), I’m not convinced Brown is speedy enough to make up the difference.

He was listed as the No. 2 RB at the Liberty Bowl behind Chuba — but he only got two carries in that game, one more than Matt Hockett — and I think that may be as high as he ever gets on the OSU depth chart.