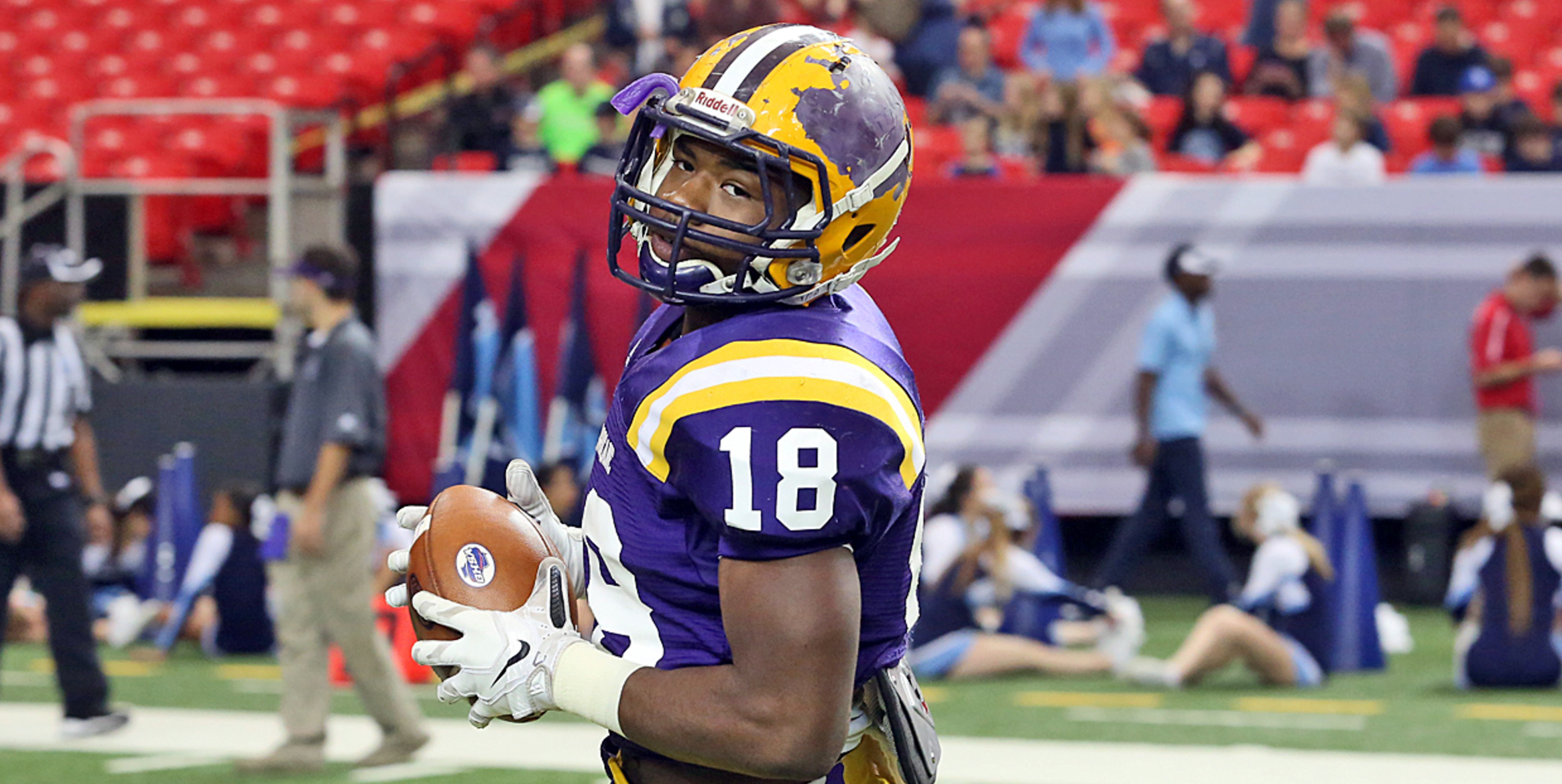 Next Wednesday is National Signing Day. It’s sneaking up on us. We all got together on Thursday to discuss what we’re looking forward to about OSU’s class and what’s on the horizon. Hope you guys enjoy.

Who are you most excited for OSU to sign (or has already signed)?

I’m gonna go Tylan Wallace. I think he has Sterling Shepard written all over him, even if he may not get a lot of looks in 2017 because of the depth at WR.

I’m super excited for JD King. I know the whole world is riding the Chuba Train (which I hear is faster than Elon Musk’s hyperloop) and I totally think he could be a huge playmaker. BUT I think King brings a bit more power and will fill in nicely for Carson as a 3rd and short back who can pull a bit of pressure off Justice when needed.

Chuba is my pick to make the most impact early. His size and speed can make the 1-2 RB punch exciting to watch. I’ll also add a sneaky LC Greenwood on the outside. Big-play threat.

Most excited about Jelani Woods. Based on my unofficial research, OSU has never signed a 6-foot-7 quarterback. The dude will literally be the tallest player on the field every game. Seems like a bonus that he plays the most important position in football.

Maybe Chuba Hubbard. OSU will need a No. 2 back and I think that Chuba can be that guy. I really, really hope they use Chuba and Justice in the backfield at the same time. That’d be pretty exciting.

Has to be Chuba Hubbard for me. Track speed is so much fun to have on your team with how it opens up the offense.

I think mine might be Patrick Macon. As Cox pointed out in our LB preview, he has a real chance to start this season. Not many guys you can say that about.

Also, Patrick Macon should be a household name among OSU fans by October.

I could not be more excited about Jelani Woods. It just seems like his ceiling is the highest to come through Stillwater when you consider his size and arm strength. Yurcich is proving he can recruit lights out at QB.

Plus, he’s a Woods. OSU’s had plenty of success with that surname.

Are we concerned at the lack of offensive linemen currently. What are we up to, Boone? One?

Yeah, one. Hah. It’s a concern. But it’s nothing to fret about right now. Last year’s class of lineman was solid, and the only real position of worry is at left tackle, where JUCO OL Arlington Hambright may be able to slot right in.

I like that we’re getting to where the bulk of guys being counted on are upperclassmen. Those poor lines were chocked full of fresh/sophs and now we’re looking at vets only (sans left tackle), should be helpful.

It feels like we talk about this every year, but how frustrating is it that OSU can’t seem to make any noise in the 4- and 5-star game?

I am less frustrated than I used to be about it. I think they could do better in that department but that’s a philosophy change we may not see. I think the best way to recruit better is to win the big games. It’s all connected. You hear recruits talking about final rankings, bowl wins, etc. Those things matter.

Particularly non-skill position 4 and 5 stars. Had Sugar Loaf and Kevin Henry in 2015, Akem and Keenan Brown in 2014. Generations have come and passed since XLK and even Herschel Sims.

It’s more annoying than anything in my opinion. I think generally speaking they go in knowing those guys are long shots, which can lead to a lax approach, not as proactive, etc… They seem satisfied with three-star dudes, and that starts with Gundy. If he doesn’t make it a priority, it likely won’t improve.

I agree with Boone, but the flip side of that is …. it’s kind of working. It feels like if you change it all of a sudden you sort of maybe mess with the mojo. I feel really conflicted about it. It doesn’t feel like OSU can ever take that next step into being a legit Tier 1 team year in and year our without some more dudes, but if they go for more dudes they might run the risk of rolling back to being a Tier 3 team.

OSU should start getting the legit 4-stars Baylor was getting. They were recruiting at a high level. I know location matters, but Gundy should be getting better classes overall considering where OSU is as a program.

… and No. 31 may come flying around the edge and cause a strip sack. It’s all about taking risks. If you want to win a natty, go get you some dudes.

Whooo boy. We got the takes machine fired up! OK last one. What angle about National Signing Day in general most interests you?

I’m most intrigued by the back-channel stuff that goes down behind the scenes. All the way up until signing day, coaches are on the prowl to try and pluck people away from other schools. Until a signature gets put down on paper, a recruit is free reign. There’s a lot of back-and-forth behind closed doors (and Gundy probably pulling his mullet out) that doesn’t get seen. It’s like a war room.

Gundy should promise a 5-star that he gets to cut his mullet on national TV in exchange for a signature.

I think the ridiculous way fans react to and at high school kids (mostly on social media) who are making a decision that will affect them the rest of their life. Some of the same people would be shocked if someone tried to influence their child one way or the other. It’s kind of embarrassing.