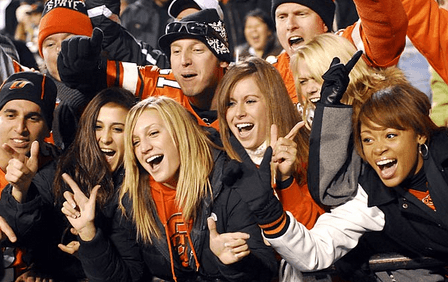 It's official. @bighit20 has signed with @CowboyFB! Great addition to our program. #okstate

4 tickets for 20 dollars against no 17 Maryland on Sunday…..#Okstate fans please go if you can/are in oklahoma/ etc

Hickey is as close to an old school Sutton guy as we have see: relentless D, effort, good decisions and even a transfer #okstate

Quite a photo here.

And there you go..

Come join us for #OSUSelfieDay at 12:30 p.m. Saturday in the Sherman Smith Center http://t.co/DSOoMjkjFx #okstate pic.twitter.com/ZbHEn0HHuQ

Gundy: "I still think TCU's the best team in the country." #OKState

Is that a shot of the crowd during the game or no?