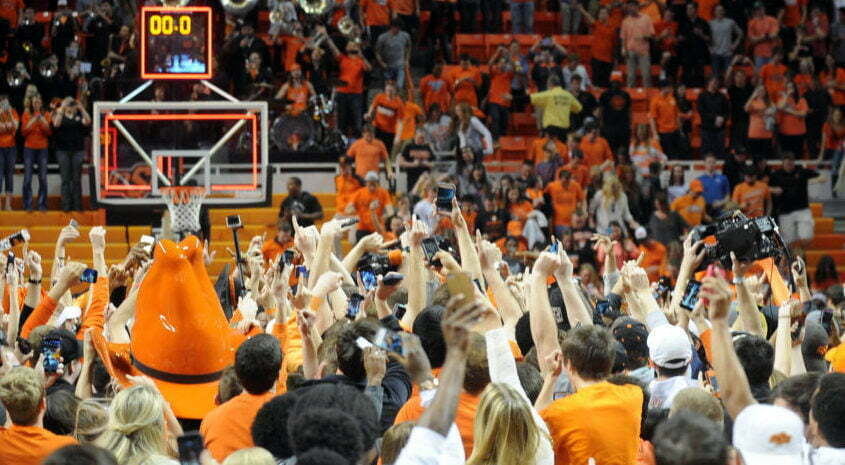 In Brad Underwood’s first press conference as Oklahoma State’s head basketball coach, he vowed to bring Gallagher Iba Arena back to its old days of rowdiness. Although attendance has been average (at best) for the past couple of years, it appears that Underwood’s promise might be fulfilled sooner than many would have thought.

According to voice of the Cowboys, Larry Reece, OSU has already sold 12,000 tickets for Friday’s game against West Virginia.

GIA is at 90% capacity! Come on, Pokes! Get yourselves to the conference opener on the 30th and GET ROWDY! https://t.co/0FNWYCwFun

This number was confirmed to PFB. The Pokes have sold right at 12,000 as of Monday. Additionally, 5,100 tickets have been sold in the four for $20 promotion alone and all $5 tickets are sold out.

All $5 tickets are gone…Way to go Cowboy Nation! For the rest of you..just splurge a little! You & your Pokes are worth it! #bringtherowdy https://t.co/GCr8wO29CA

Although non-conference attendance has been spotty at best, it seems that crowds will pick up now that the Pokes are in conference play. And at least for Friday, in an arena that fits 13,611 people, GIA will be alive for the Cowboys’ 3 p.m. conference opener against West Virginia — even less than a full day after the Cowboys’ bowl game in San Antonio.

It’s been a long time coming, but it looks like OSU basketball is on its way back. In the words of the OSU Students account above: “New Era. Old Rowdy.”