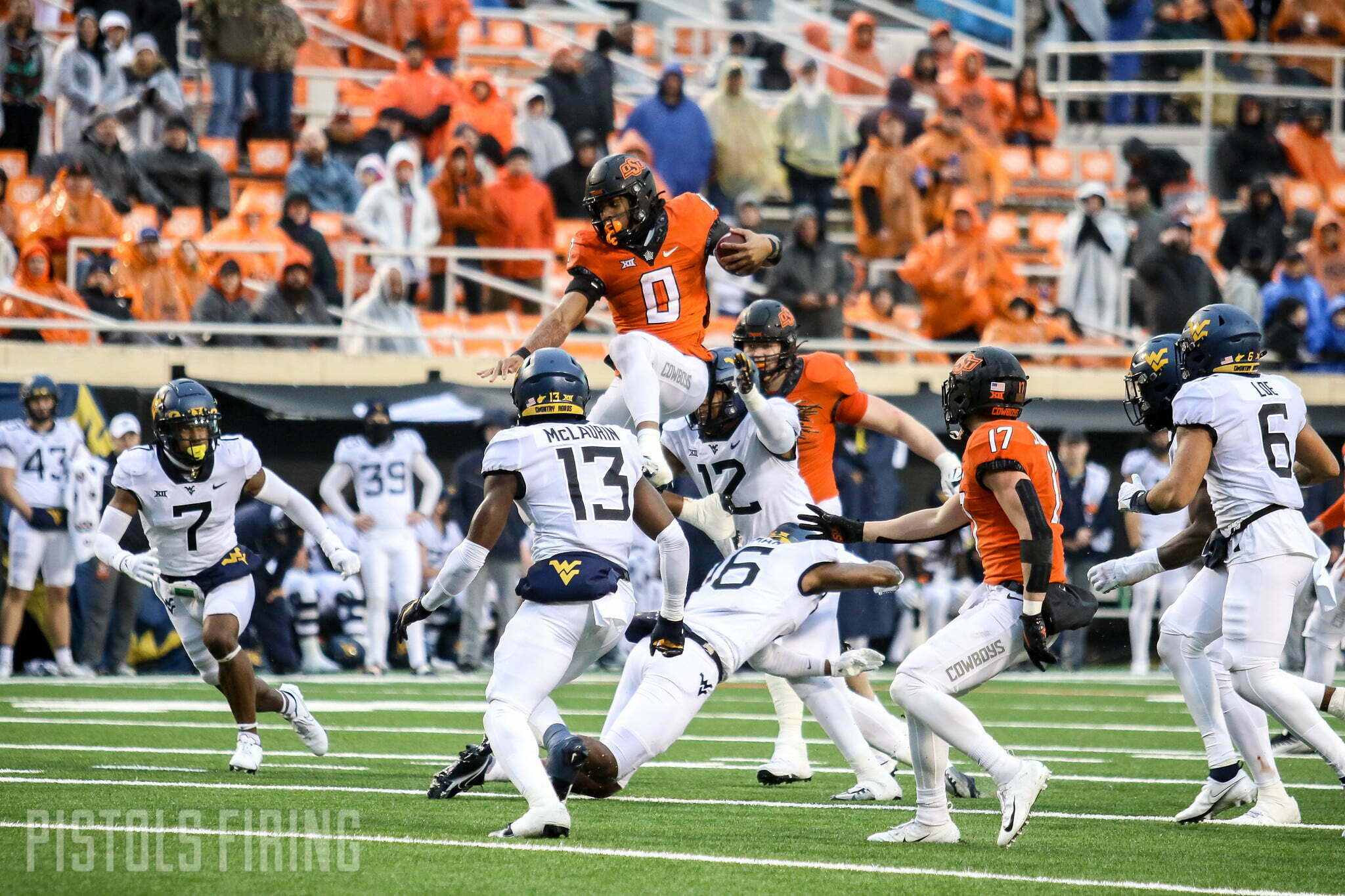 It looks as if a fan-favorite running back is going to return to Oklahoma State for his sophomore season.

Ollie Gordon tweeted Thursday a picture of himself in an Oklahoma State uniform with the caption “Assuming doesn’t look good on y’all if you didn’t hear it from me don’t believe it,” and finished the tweet with “#ALLIN.”

A four-star prospect in Oklahoma State’s 2022 class, Gordon’s workload was somewhat limited in his freshman season before taking over midway through Oklahoma State’s game against West Virginia, where he touted the rock 17 times for 136 yards and a touchdown. It was the most rushing yards an Oklahoma State player had this season.

Gordon, listed at 6-foot-1, 211 pounds, finished his freshman regular season with 50 rush attempts for 263 yards and a pair of touchdowns. He also caught 11 passes for 75 yards and a score out of the backfield.

Gordon was the No. 238 player in the 2022 class — making him OSU’s second highest rated signee of the cycle. Gordon chose Oklahoma State over offers from Texas, Arkansas, Michigan, TCU and others.

This is big in a handful of ways for the Cowboys. Dominic Richardson, OSU’s starting running back, entered the transfer portal this week, as did Gordon’s four-star classmate Braylin Presley. On top of that, Tyrone Webber and CJ Brown — two other four-star recruits in OSU’s 2022 class — are no longer with the program. So, Gordon coming back would be some positive momentum for the Pokes.