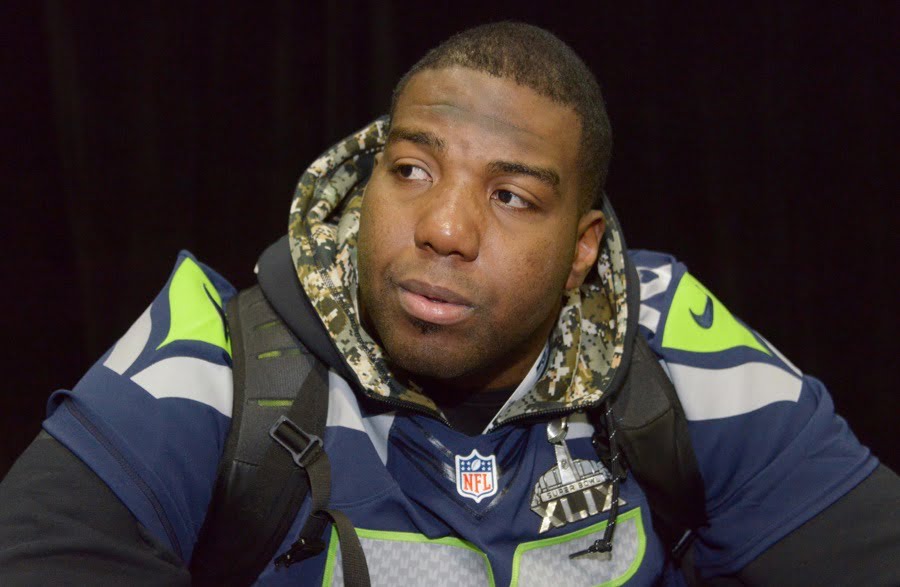 In a tightly contested game, the New England Patriots battled their way to victory over the Seattle Seahawks. The final 2 minutes alone featured two comeback drives, a goal line interception, and an all-out brawl for which only one player was ejected, despite other players admitting afterwards that they embraced the chance to “throw some haymakers.”

We caught up with OSU coach Mike Gundy once the dust from National Signing Day had settled to see what he thought about the game.

“I thought it was a pretty good game,” said Gundy. “To be honest, I spent most of the game texting number 10 [probably Mason Rudolph?], so I don’t really have a lot to say about it. I did like the sharks.”[1. Ed. note: I almost fell out of my chair when I read “I did like the sharks” as I edited this piece. Incredible.]

When asked about the fight at the end and whether he thought it marred the game, Gundy said, “I thought they did okay. That one guy can really swing. Not that that sort of behavior is acceptable, but I wouldn’t want to meet him in a dark alley during a light rain.”

Since the brawl at the end featured the Seahawks defense, we spoke with defensive coordinator Glenn Spencer about how he felt about the melee.

“Disappointed,” said Spencer, absently chewing on a drywall screw. “You don’t let emotion like that get the better of you. You channel it into your work, your friendships, and your commitment to your spouse, but you never let it come to that.”

Spencer did note that he’s willing to fly out to Seattle if any of the Seahawks’ defensive players need to talk or have a “guys’ night” as they sort out their lives following the game.

We also caught up with offensive coordinator Mike Yurcich.

When we asked him about the Seahawks’ decision to pass rather than run on the goal line, Yurcich noted that while he understood the logic of the call, he disagrees with the decision.

“It’s easy to second guess when you see that it didn’t work,” said Yurcich, wearing a T-shirt with “Eat it, Georgia” printed on the front, “and I get that you don’t want to be too predictable, but you want to play to your strengths. You can’t forget who you are as an offense.”

When we asked him what play he would have called, Yurcich quickly retrieved a marker board and set it up, drawing up a basic formation with a single running back in the backfield. He slowly named, numbered, and explained the role of each player on the field except for the running back.

He described the blocking scheme for the line and the tight ends, the role of the receivers, and the snap count the quarterback would use. He stressed that drawing the defense offsides would give the offense a free play, which could be crucial with the clock running down and the championship on the line. He said that the quarterback would need to be vigilant and time the snap perfectly if the opportunity arose, but not wait too long and squander the clock or risk a false start.

After a few minutes, one reporter interrupted him and asked, again, what play he would call.