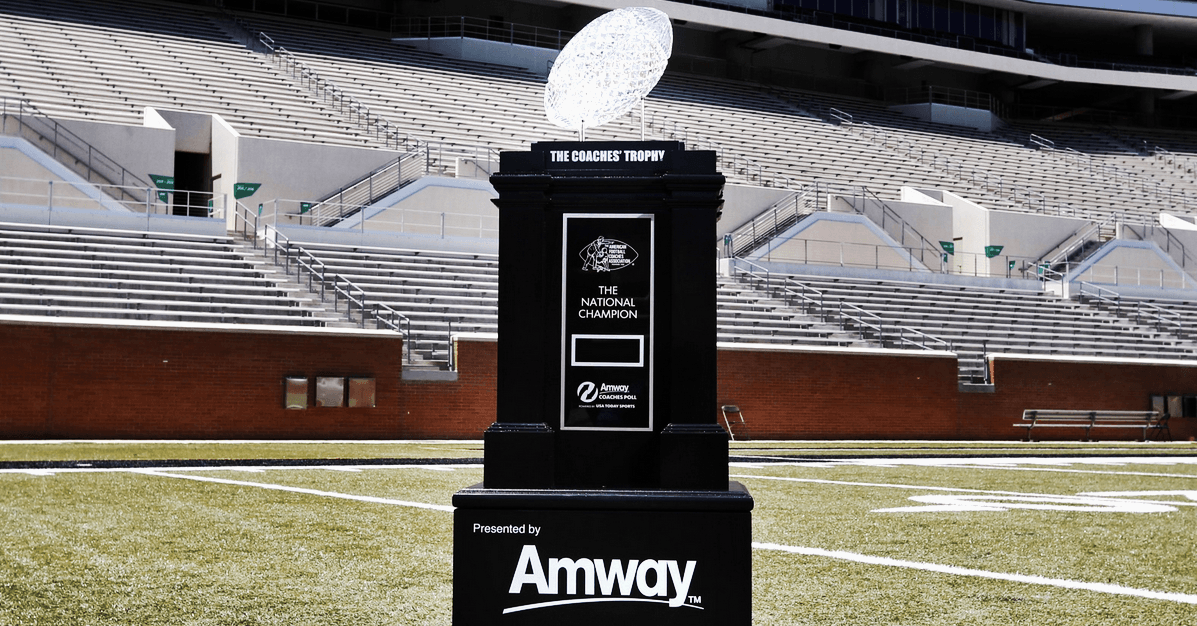 Spirits are high for college football teams across the country as fall camp starts this week for many programs. High for most, but not the Oklahoma State Cowboys.

In the recent preseason Amway Coaches Poll, OSU was notably not included in the top 25 despite ending the year with a promising 2-1 finish against Baylor, Oklahoma, and Washington and receiving a great deal of praise from the media for their offseason development. The preseason hype was apparently not enough for OSU to break into the rankings, so head coach Mike Gundy said that it might be time for the team to cut their losses.

“I thought we finished the year okay,” said Gundy. “We played well, took care of the ball and positioned ourselves to get a good preseason ranking, but sometimes that’s not how it works out. That’s just not the way life goes, sometimes.”

Gundy noted that he and the staff all agreed that this year will likely be a good opportunity to prepare for next year’s preseason rankings, so the team will still play each 2015 game as scheduled.

“Even when things don’t go your way, you’ve still got to follow through on your commitments,” said Gundy.

Offensive coordinator Mike Yurcich admitted that the preseason rankings have greatly impacted their offensive game planning for the 2015 season.

“Yeah, we were going to have more complex schemes and integrate our hybrid cowboy backs to add new wrinkles to the offense,” said Yurcich, wearing a T-shirt with “38-35 #NeverForget” printed on the front, “but now we’ll probably just run a draw up the middle or pass it deep to the outside every play.”

When asked if unofficially receiving a No. 28 ranking might alter Gundy or Yurcich’s perspective, Gundy replied with an emphatic “No” and Yurcich just dropped his head to the table and moaned.

Defensive coordinator Glenn Spencer, on the other hand, said he welcomed the challenge of being unranked to start the season, even if it foretold disaster.

“My boys and I would stand together in the face of the apocalypse,” said Spencer, pouring coffee from a pot into his cupped hand and drinking from it. “It’s our love for each other that makes us strong. Not even a bad preseason poll can take that away from us.”

Gundy added that the team took the poll especially hard, but are excited about the prospect of using this season to get a ranking next year.

“They’ve got that goal now,” said Gundy. “But, you can’t look that far ahead. We have to play each game that’s in front of us if we’re going to have a shot at being ranked [in the Coaches Poll] next year. Who knows, maybe someday we’ll be ranked on our name alone, but until then, we have to work hard each week.”