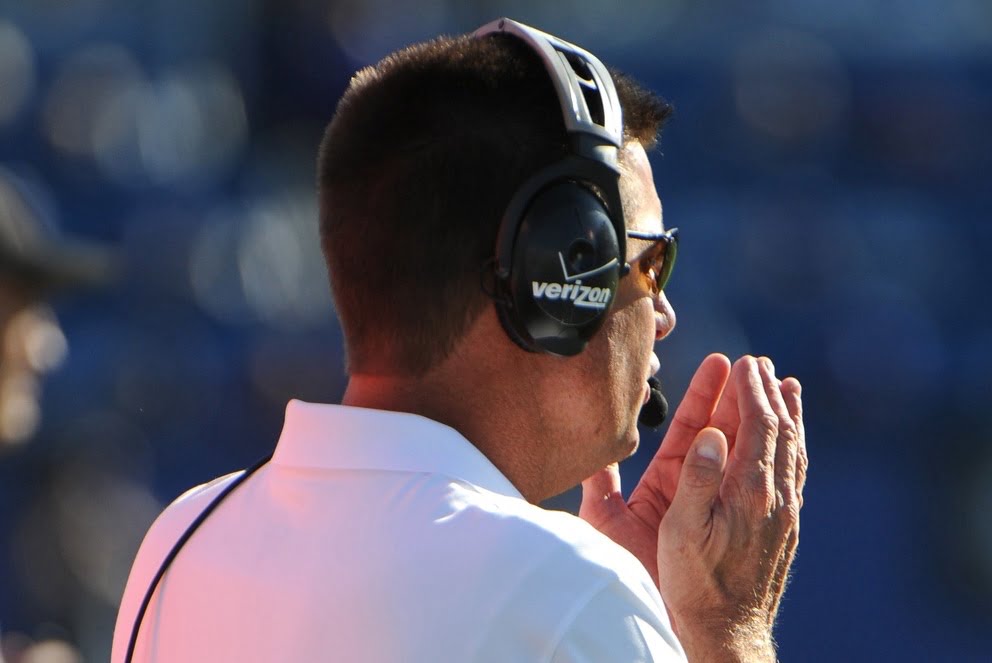 The season hasn’t gone quite how OSU and its fans had hoped. Despite beginning the year with a strong showing against the defending national champions, the Cowboys have played poorly in most of their games since, even looking less than dominant against FCS opponent Missouri State.

In many games, offensive drives have sputtered into frequent 3-and-outs, and the defense, while playing admirably, has been porous at times. Though the Cowboys’ youth accounts for most of these issues, the results have frustrated a fan-base accustomed to winning.

However, this weekend the Cowboys showed signs of life in their victory over BYE. Head coach Mike Gundy said he was pleased with the effort that the team showed despite a characteristic slow start.

“You know we came out a little cold, like one of those ice cream cakes from Dairy Queen,” said Gundy at the post-game press conference. “I don’t think we even have one of those [Dairy Queen] in Stillwater. Huh. If they ever built one here, I bet they’d do okay.”

Gundy noted that while BYE is usually a close game, this may have been the closest in the history of the rivalry.

“We’ve had some close ones, but this,” said Gundy, “this was intense. But the guys came out and fought hard through adversity, which is something we talk about a lot. Life isn’t always going to deal you an easy hand, but you just gotta roll with the punches.”

Defensive coordinator Glenn Spencer was positive about how the defensive play overall, especially getting key stops against BYE on 4th downs. OSU managed to hold BYE to a 1-4 4th down completion rate, a record low for BYE in the series.

“You know it’s tough facing an opponent without a whole lot of film to study in advance,” said Spencer, “but these guys played like warrior poets.”

Spencer noted that because of the lack of film, the defense practiced tackling the pillars of Boone Pickens Stadium in lieu of preparing for BYE’s offense. The stadium is currently undergoing repairs.

Offensive coordinator Mike Yurcich noted that while the offense showed a good deal of improvement against BYE, the offensive line showed the most growth since the game against Kansas State.

“You know, they [the offensive line] really committed this week to running the blocking schemes we run,” said Yurcich, wearing a Beat BYE! sticker. “They really stepped it up and protected Daxx pretty well. Of course BYE got a couple of sacks, but we’re still learning and adapting to our personnel.”

Quarterback Daxx Garman benefitted greatly from the improved play by the offensive line, having more than enough time on most snaps to go through his reads. Garman was 15-27 on his throws and threw for 257 yards, 3 touchdowns, and 2 interceptions.

“I made a couple mistakes,” said Garman about the interceptions, “tired to force a few balls in, which you can’t do against a defense like BYE’s. They play fast and tough, and I give them a lot of credit. They came at us every single down.”

Speedster Tyreek Hill said that while the game was close and appeared in jeopardy on a number of occasions, he never doubted his teammates. On the game-winning run where Tyreek ran 95 yards in the wrong direction before reversing the field and taking the ball all the way back for a touchdown,

Tyreek said he never worried about how the play would go.

“I knew we’d find a way,” said Tyreek in between his daily sprints to Tulsa and back. “I trust these guys and knew that no matter what happened, they’d have my back. I knew they’d hit their blocks, make the plays we needed to win.”

The Cowboys beat BYE in double overtime by a score of 37-33.