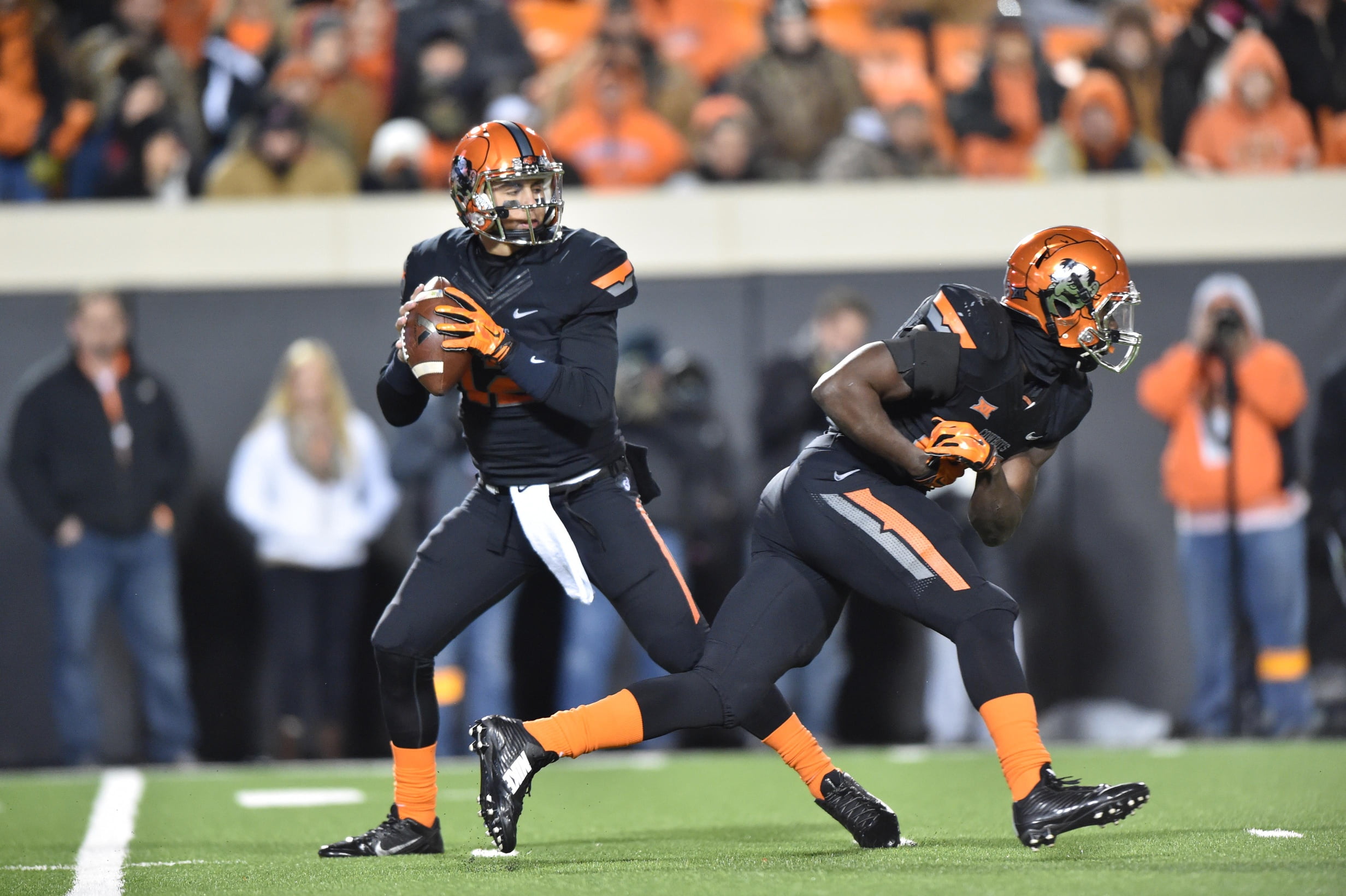 Over the last few weeks, the feeling around OSU football has changed dramatically. From potentially facing their first losing season since 2005 to beating rival OU in a thrilling upset in overtime, the Cowboys are riding surprisingly high for being 6-6.

But the feeling around the program isn’t all that’s changed.

Over the last few weeks the OSU coaching staff have made significant changes to the practice facilities to prepare the team for their bowl game matchup against the Washington Huskies.

Aside from simulating crowd noise and the Huskies’ defensive and offensive schemes, coaches have also added another obstacle to the field: cacti.

Head coach Mike Gundy explained that the cacti were installed earlier this week as a motivator and a daily reminder of the hostile environment the team will likely face. He also said the team has risen to the occasion.

“I think they’ve done okay,” said Gundy, pouring a bucket of sand around one of the larger plants. “We’ve had a few mishaps, but with young guys that’s bound to happen. Sometimes in life you make mistakes, and you just have to learn to correct those and adjust. We talk about that a lot.”

Offensive coordinator Mike Yurcich said that the offense has found a lot of positives from having the cacti incidentally scattered around the field.

“You know we’re just trying to build on the success we’ve found in the last two games,” said Yurcich. “Ever since I changed my allergy medication a month ago, this team has played a lot better and our playcalling in general has found a better way to capitalize on the strengths of the team. It’s the darnedest thing, really.”

Yurcich also explained that the offensive line has benefitted from the presence of the cacti, particularly in blocking drills where they line up 5 saguaros as defenders.

“Once they get over the initial burning and their bodies aren’t in shock anymore,” said Yurcich, “the drills go really well. Hey, did you know we have five lineman on offense? All year I’d thought we had 6 for some reason, until about a month ago. Go figure.”

“There are forty-seven and a half cactus, to be exact,” said Spencer, wiping a carpet of spines off his left forearm. “And yes, cactuses, cacti, and cactus are an acceptable plurals of the word.”

Spence went on to explain that aside from using the cacti in various tackling drills, he and the defense also give each one a hug every morning

“Its good preparation,” said Spencer, “for wrapping up a squirrely defender and for showing kindness to someone you don’t particularly like.”

Mike Gundy admitted that he was skeptical about adjusting their routine or preparation style for this game, but the results have been undeniably positive. When questioned about whether they will add more cacti or swap out existing cacti for new ones if they wear out, Gundy responded that he will not comment on personnel decisions.