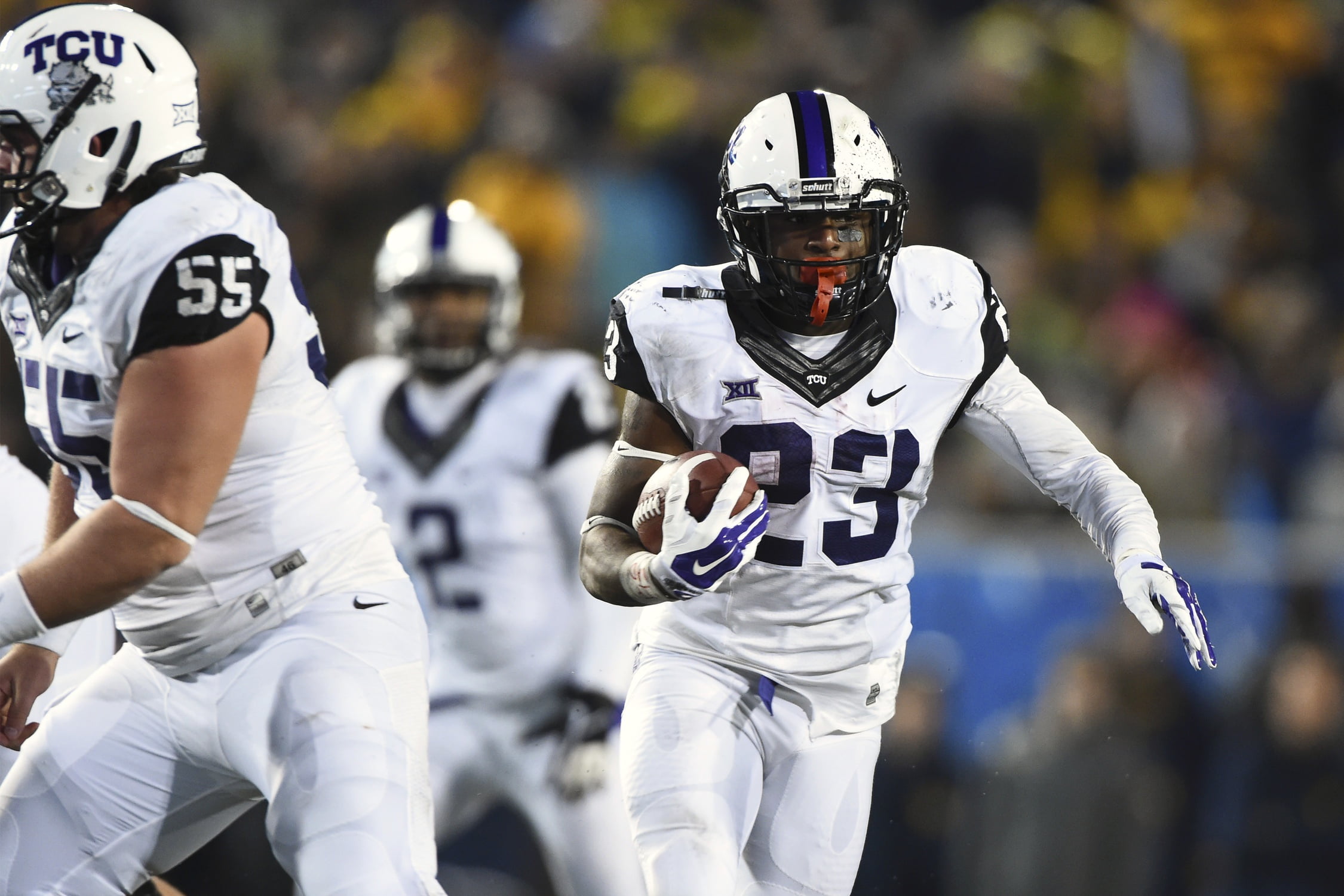 You’ll be surprised at what TCU is contributing its success to this season. (USATSI)

While TCU may have gotten off to a rough start as a member of the Big 12, their place in the conference is all but secured at this point.

Despite going 7-6 and 4-8 in their first two years in the conference, TCU has gotten off a promising 7-1 start this year, with their only loss coming in a shootout with rival Baylor.

Head coach Gary Patterson said even in their loss to Baylor, he loved the effort. And the tears.

“That’s something we’ve been really big on this year,” said Patterson describing the sudden turnaround for the Horned Frogs. “We cry every practice.”

Patterson said that this year they’ve also begun every meeting and film session with a brief time for tears.

“I think we began fall camp by showing the guys the beginning of Up, and I kid you not,” said Patterson. “buckets. After the clip was over, I got up and told them that there would be a lot more of these [sad moments] this year, and they needed to be ready to respond.”

While a significant change in the usual rhythm for the team, the coaching staff quickly embraced the idea and integrated weeping into their daily routines. Safeties coach Chad Glasgow says that he and the guys take a knee before daily drills and tell a sad story.

“I led it off,” said Glasgow, “because these guys won’t respect you if you don’t lead by example. I talked about a little boy who was excited to get some ice cream dropping it on the ground before even getting one lick. There was bawling and hugging. It was special, and every practice since has been just as special.”

Offensive Coordinator Doug Meacham said that he doesn’t always begin his sessions with the players with crying.

“You’ve got to mix it up from time to time,” said Meacham, “keep them on their toes. Sometimes we’ll be in the middle of a film session, and they won’t know when it’s coming, and then boom, ‘My Heart Will Go On.’”

Starting quarterback Trevone Boykin said that as the team has prepared for their pivotal game with Kansas State this weekend, the coaches have ramped up the intensity.

“They’ve sort of opened up the playbook on us. They started dropping in those Hallmark commercials,” said Boykin, beginning to tear up, “like that one with the dad who hikes all that way before opening the card from his daughter… I’m sorry I can’t do this right now.”

Junior running back B.J. Catalon noted that the coaches have found particular success with him by showing clips of dogs.

“Dogs, man,” said Catalon, rubbing the edges of his eyes. “It doesn’t even have to be sad. It could just be a small pack of puppies hopping through the grass, and I just handle it.”

When asked about whether or not he was concerned that KSU might try to exploit TCU’s new strength in crying, Patterson said he’s not worried.