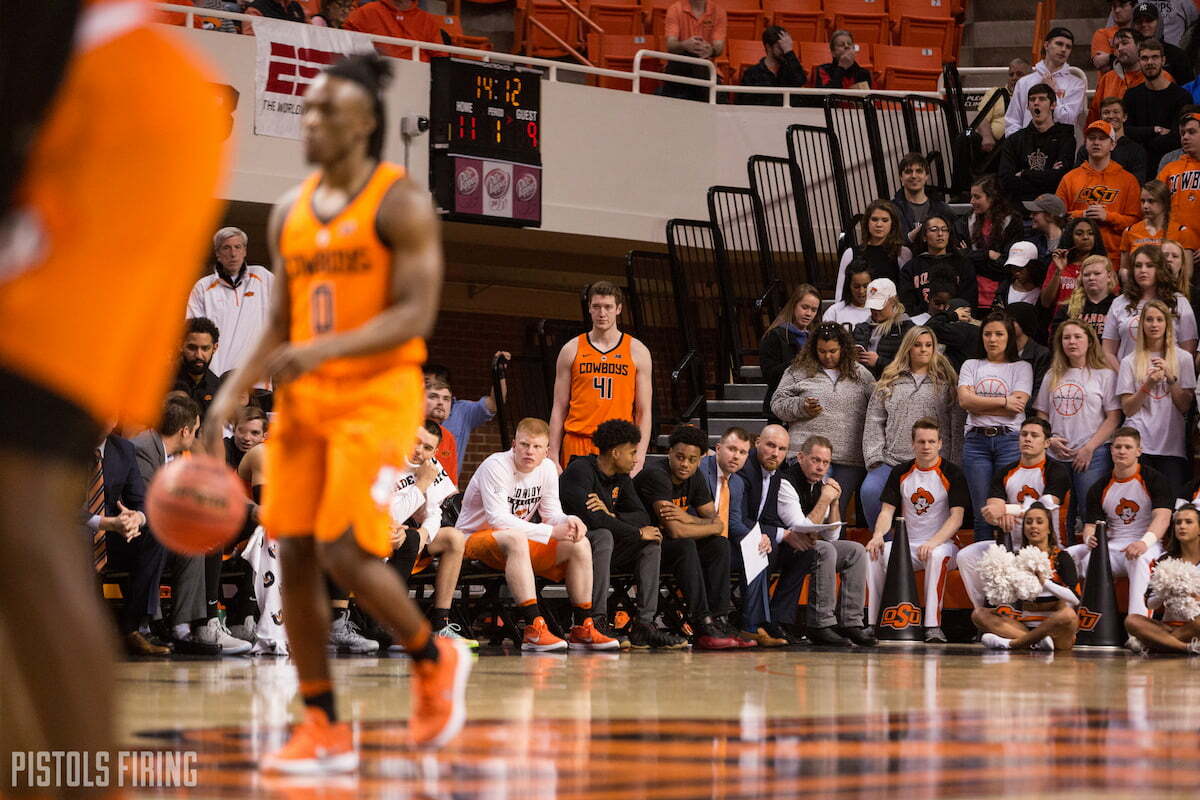 One year ago today, Oklahoma State tabbed Mike Boynton as the 20th head coach of the men’s basketball program. Now 21 wins and 365 days later, he’s faced with a difficult challenge of replacing the production of graduating players who proved to be invaluable pieces in his first season.

Rising juniors Cam McGriff and Lindy Waters proved that they’re ready for larger roles on a new-look roster next season, but Mitch Solomon, Jeff Carroll, Kendall Smith (and potentially Tavarius Shine) will be difficult players to replace — as will sophomore point guard Brandon Averette, who announced his transfer on Tuesday.

Stepping into the limelight next season is Michael Weathers, who sat last year due to transfer rules and has three years eligibility remaining, as well as freshmen recruits Yor Anei and Duncan Demuth.

Let’s take a look at what the roster will look like next season as we sit on March 27.

According to NCAA guidelines, schools are permitted to carry up to 13 scholarships on a team. Last year, OSU didn’t quite meet the threshold, then reduced its number by two after booting Zach Dawson and Davon Dillard off the team.

So for 2018, Oklahoma State has nine players on scholarship among those coming back. That’s taking into account the expected departure of Tavarius Shine, who will graduate, and also factoring in that OSU will not lose players to transfer (which is never a guarantee).

The most likely scenario I see playing out is Oklahoma State getting to 12 before the start of the season, leaving at least one spot open for a potential mid-season addition. And those two spots I would expect to come in positions at guard and at center.

Four-star point guard Courtney Ramey is absolutely still on the table and would be a welcome addition. And the graduate transfer market is likely an option in that department, too, should Ramey opt to go elsewhere.

Shoring up that position to replace not only Kendall Smith, but also Zach Dawson, will be of utmost importance.

Adding depth — and a potential plug-and-play starter at center — will also be high on the priority list. St. John’s transfer Tariq Owens is a name to watch to potentially fill that spot, and there’s guaranteed to be more names to hit the transfer market in the coming weeks.

As the April recruiting period nears, I expect prospects will flood to Stillwater to see what the hubbub is about. If Boynton can get an opportunity to prove his worth as a recruiter, I think OSU could get to its magic number before the summer with no major roster flaws entering the 2018 season.