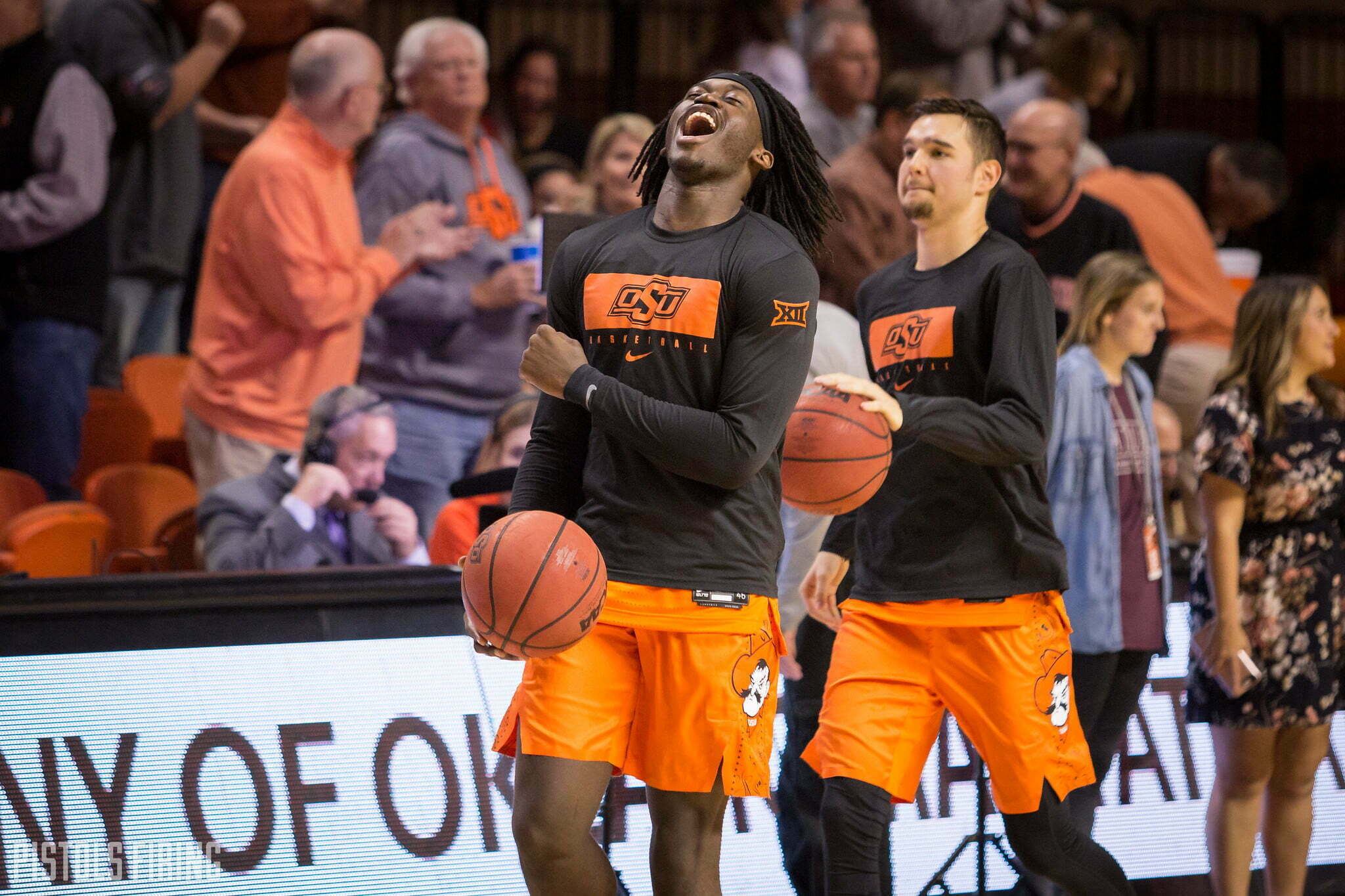 I wonder if any of these will already be wrong by the end of the week.

The Kyles (Porter, Boone, Cox,) have already taken their stabs at predictions for 2020, and I’m up next. These aren’t all that spicy, I save that for my “Thomas Dziagwa is the best pure shooter in Oklahoma State history” takes, but there is some substance to them. Here are my five predictions for 2020.

Boone went way out on this limb saying he thought OSU would make the Sweet 16. Although I’m not prepared to join him out there, I do think the Pokes will make the tournament in Mike Boynton’s third year.

Everyone is having a solid freak out right now because OSU got drilled in Lubbock and scored just 41 points in its Big 12 home opener. My rebuttal to that would be that Tech was in the national championship game last season, and West Virginia has legitimate Final Four potential this year.

The Big 12 will likely get five or six teams in the NCAA Tournament, and despite OSU’s slow start, the Cowboys are one four teams 0-2 in Big 12 play. So everyone just needs to R-E-L-A-X. The Cowboys aren’t out of anything yet.

Isaac Likekele has had a slow start in Big 12 play coming off an illness that kept him out a month, but as he gets back into the swing of things, I think he’ll prove how vital he is to the Cowboys’ success and be awarded as such.

OSU hasn’t had an All-Big 12 first teamer since Jawun Evans in 2017. There are discussions in The Chamber about who is better between Evans or Likekele, and while I’m not here to settle that debate, I think they could both get on the same playing field in terms of the honor.

OSU also hasn’t had a  Big 12 Player of the Week since Kendall Smith was awarded the honor on March 5, 2018. You gotta think if Likekele is to make the first team, that would also change.

It was criminal last season that Yor Anei, the Big 12 leader in blocked shots, didn’t make the conference’s all-defense team.

Anei has also struggled early in the conference season, and honestly for a decent chunk of the year, but I expect for him to also get going here soon. He isn’t on pace to match the 85 denials he had as a freshman. With his 2.2 blocks per game average, he is projected to finish his sophomore year with 69 swats. If a guy doesn’t get put on the Big 12 All-Defense team after having 154 blocks in two seasons, what’s the point?

4. Dunn (finally) gets the reigns

With little to no inside knowledge of the situation, I think Kasey Dunn is going to be OSU’s offensive coordinator in 2020.

It all just makes sense. My main piece of evidence is Dunn was going to UNLV, and then all of a sudden he was back.

It also seems like Gundy has wanted an OC who will hang around a while, kind of like Dunn who has been with the program producing Biletnikoff winners since 2011.

My weakest piece of evidence is that time Sean Gleeson was stuck in an elevator in Corvallis. Gundy said Dunn called plays in that opening drive of the second half where the Cowboys went 75 yards in 10 plays for a touchdown.

I just think it all makes too much sense for this to finally be the time Dunn gets the call from the bullpen.

I don’t know if Chuba Hubbard will return next season, but if he does or if he doesn’t, I think the leap Spencer Sanders takes from year one to year two will go a lot better than when he tried to jump over that Kansas DB.

When Sanders was at his best in 2019, he was facilitating the ball between Hubbard and Tylan Wallace. I think this next year Gundy and Co. will be more comfortable lettings Sanders be a primary play maker, and the Big 12 seems wide open in 2020, which you can’t say all that often.