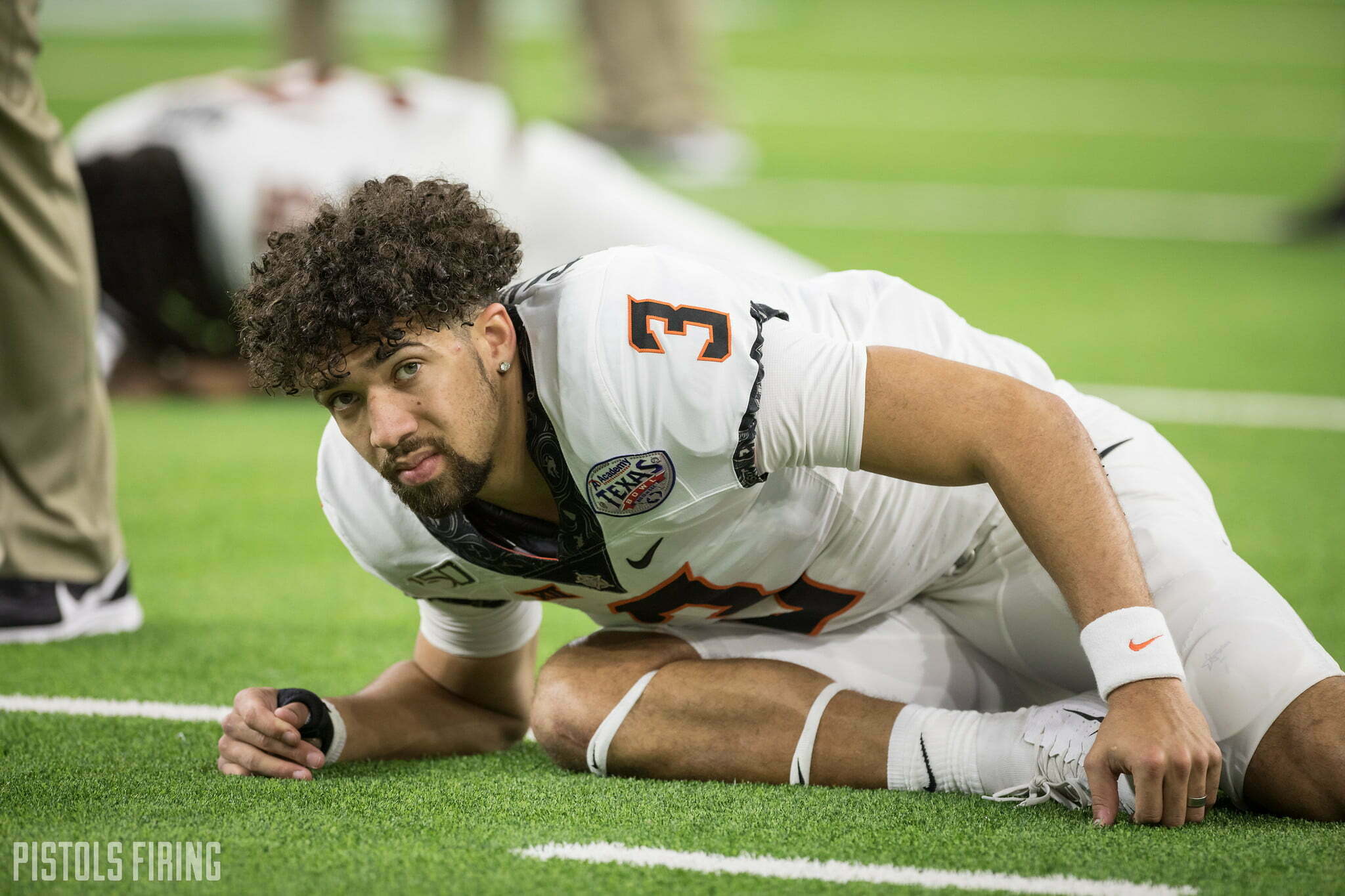 With the year (and decade!) coming to a close today, it’s time to spin things ahead to 2020 with some predictions. But before we do that, it’s only fair that we look back at the five I put out there last year to see how close (or far away) I was.

Golf goes back to back: Close! Lost to Texas in the match-play portion of the NCAAs, but won stroke play by 31 (!)

Mike Boynton grabs a top-20 recruit: I had an extra zero on there!

Chuba leaves: I promise this felt like a much longer shot 12 months ago than it does today. Here’s what I wrote.

I predicted that Justice would leave last year, which was much easier to see coming. But if Chuba goes 300 touches for 1,800 yards and 20 TDs — all numbers that are in play — then why in the world would he come back for two more years? He has NFL speed, great height and if he puts on 5-10 more pounds he’ll be an ideal player for the modern NFL offensive game. Better re-stock that RB cupboard quickly because the National Football League is coming for everybody. [PFB]

Multiple football jobs are filled and OSU expands staff: Partial credit. They didn’t replace any coaches who weren’t already gone (like Yurcich), but they did hire a director of recruiting.

OK, onto this year’s “sure to be horribly inackrut but who cares it’s the internet” predictions for 2020.

1. Spencer Sanders, All-Big 12: Come at me. He posted arguably (inarguably?) the best freshman season in Oklahoma State QB history, and oh yeah, was a top-10 Big 12 rusher as well. His primary competition for All-Big 12 spots will be Brock Purdy, Sammy E. and Charlie Brewer. Remind me of this when Spencer Rattler has a 15:1 TD:INT ratio a year from now and OU is back in the CFP.

2. OSU gets two of Bryce, Chuba and Tylan: How’s that for a cross-sport, cross-school prediction? I think it will be Bryce Thompson and Tylan, but can you imagine getting all three?

3. Pokes win the Big 12 in baseball: Crazy given that Texas Tech is a top-five team? Maybe. The flip side is that there aren’t any other elite Big 12 teams. OSU finished third last year, will have the momentum of a new park and has a nice incoming class that includes the two best players in Oklahoma.

4. OSU has a top-10 basketball class this time next year: Right now, they’re ranked No. 15. Part of that is because they only have three guys committed, whereas other teams have four or five. I say this time next year they’re No. 7, No. 8 or No. 9 in the 247 composite rankings with some monsters like Trey Alexander and Manny Obaseki in the mix.

5. Gundy (finally!!) hires a special teams coordinator: There’s been some Joe Bob smoke floating around, and OSU currently has two defensive line coaches. I think one — Greg Richmond — is sufficient, and if Joe Bob does in fact leave at some point, I say Gundy swallows his pride, calls Joe DeForest and asks him who to hire. (There’s no way this happens but let’s try and will it into existence).