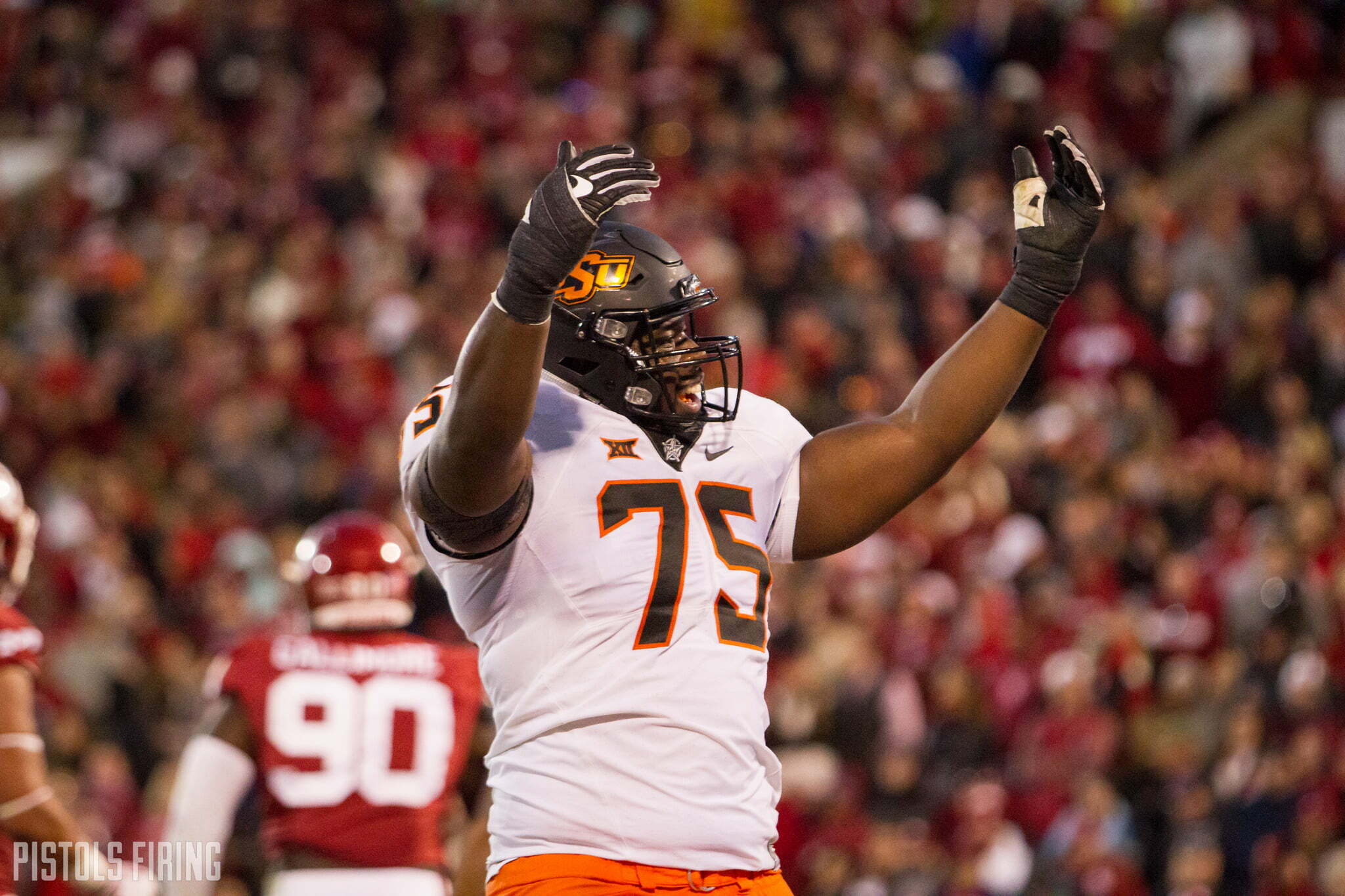 Phrases like “musical chairs” and “running for his life” aren’t sayings often associated with offensive lines, but Mike Gundy used them a lot to describe his this season.

It was another rocky season for the OSU hogmollies, but when a team that expects success is struggling, every mistake is magnified. Here are my season grades for the Pokes’ O-line with a bowl game to go.

The Cowboys have given up 32 sacks and 26 quarterback hurries entering their bowl game this season.

Those numbers are by no means ideal, but it wasn’t 2014 bad. Here’s a look at OSU’s sacks allowed across the past 10 seasons:

You’ll notice the astronomical jump in sacks allowed from 2013 to 2014, which coincides with former offensive line coach Joe Wickline leaving for Texas. The Cowboys are still on the road to recovery in rebuilding the offensive line unit. Across the past 10 seasons, the Cowboys are giving up 21.9 sacks a season on average, but in the past five years, OSU is giving up 32. Meaning on a more micro scale, this season is the definition of average.

Having an elite pair of running backs makes run blocking much easier, but OSU’s offensive line was marginally better run blocking than pass blocking at times this season.

A stat I looked into to show OSU’s run-blocking ability is running backs’ yards lost. I combined OSU’s two leading running backs in the past 10 seasons and combined their negative rushes. Have a look:

Justice Hill, Chuba Hubbard and LD Brown have each averaged more than five yards a carry this season. You could argue that’s more the backs than the linemen, but I’m not going to knock the line for having good running backs.

This was by no means a good season for OSU’s offensive line, but it wasn’t a historically poor one like it looked like it might be at times 2018.

The group dealt with a ton of injuries as best as it could. Eight different Cowboys started on the O-line this season. This team won’t be remembered for OSU having a great offensive line, but it was more average than the Cowboys’ 6-6 record might indicate.