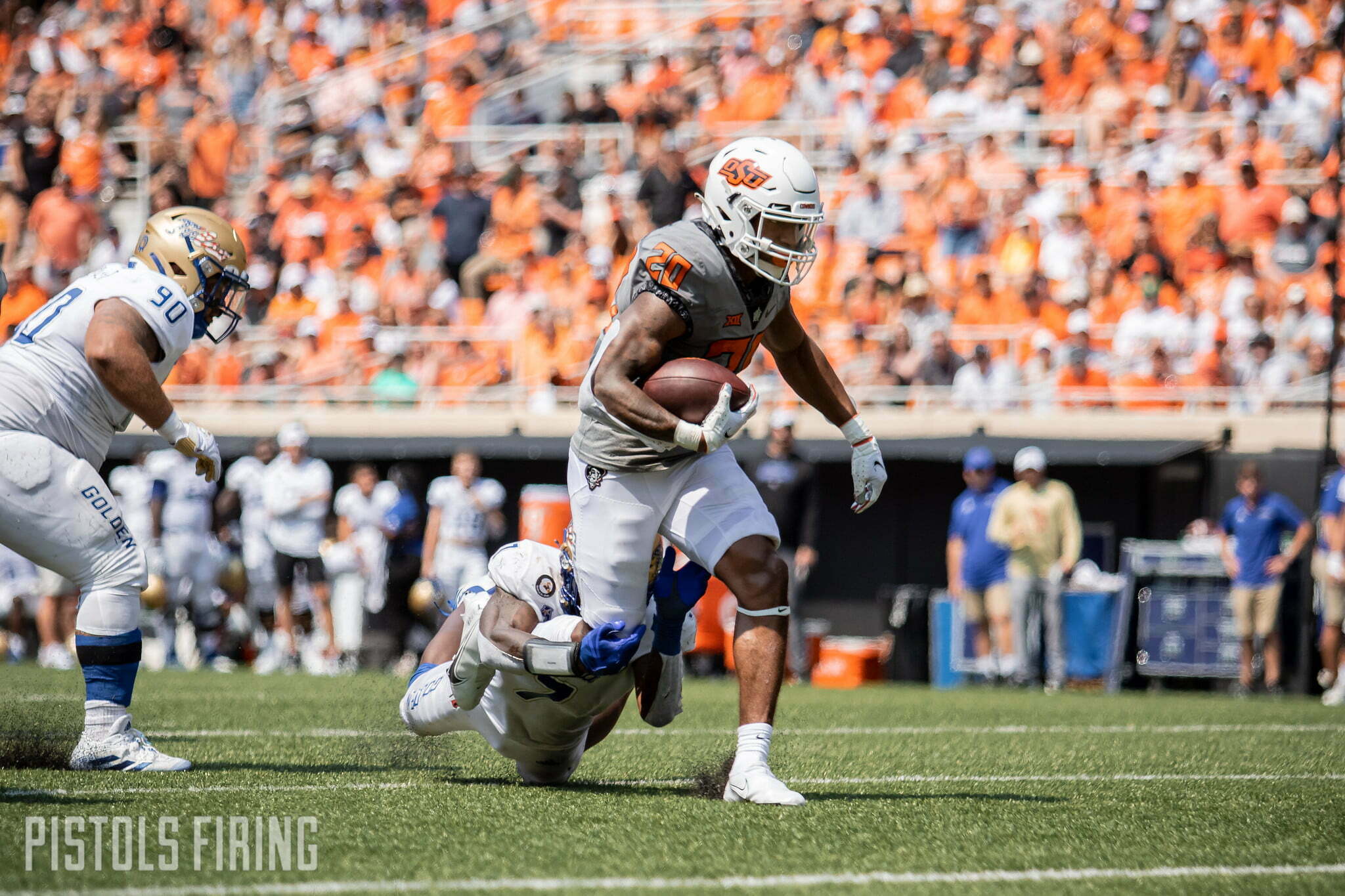 Football is a battle against attrition and in the case of Oklahoma State, it has been a war already. The Pokes are thin at receiver and are thinning at running back with injuries causing several key tweaks to this week’s depth chart.

Veteran receiver Braydon Johnson was removed from the depth chart after missing the last two games, and veteran running back Dezmon Jackson, who left the Tulsa game early with an injury, was also not listed. Receivers Tay Martin and Jaden Bray, who missed the Boise State game with injury, are still on the depth chart, and walk-on Cale Cabbiness — who made the game-sealing catch in Week 3 — is also listed for the first time on the two-deep.

On defense, Tre Sterling is no longer listed, and Gundy said after the Boise State game Sterling would miss the remainder of the season. Jason Taylor is now the listed starter, as he has started the past two games. Wake Forest transfer safety Trey Rucker made his debut on the two-deep after Sterling’s injury.