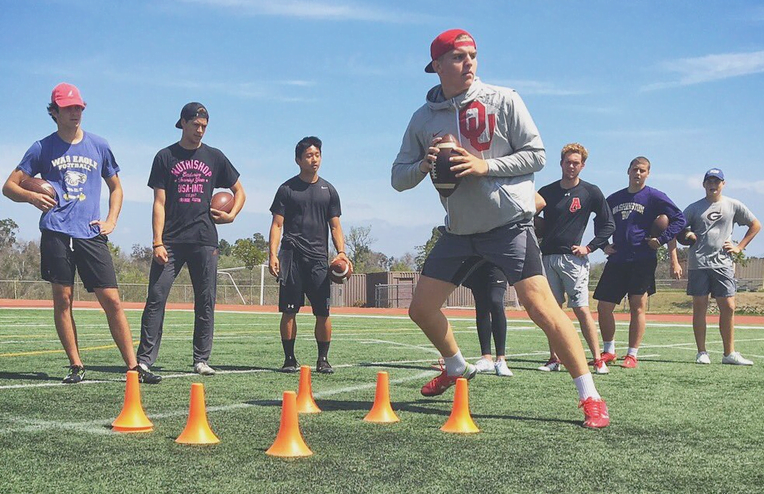 California quarterback product Shane Illingworth turned down opportunities to play at Louisville, Arizona, Arizona State and Arkansas (among other destinations) for a chance to play in an uptempo, quarterback-friendly system in the middle of the bible belt.

Why Illingworth chose OSU speaks for itself, really: OSU consistently has a top-20 offense regardless of coordinator. Now it has a rising coordinator as a recruiter in Sean Gleeson, who was able to pitch Illingworth on the upshot of being a Cowboy.

Illingworth did an interview this past week with CalsCall.com where, as recruits do, he went pretty cliche about why he picked OSU — the coaches, the community, Lake Carl Blackwell (OK, maybe not that last part) — but he added some flare too when discussing expectations once he arrives.

“Obviously winning is the goal first and foremost,” he said. “I hate losing more than anyone. I want to come to Stillwater and I want to bring championships. That will always be my goal and I will always give 100% to achieve that goal.”

You could argue that is also a generic and cliche response, and you’d be pretty right. But the whole interview, which you can read here, is pretty revealing about his character and how he views himself. You’ll be surprised to know that a four-star quarterback from Cali who stands at a towering 6-foot-6 is actually quite sure of himself.

“My arm strength is definitely vital but my biggest strength is I can make the big plays when needed down the stretch and not just the big plays on highlight reels but the smart plays that win games,” he added. “I know I can really display my best accuracy in big time situations which is key. I have really been working on my escapability from the pocket and creating a bigger play by avoiding tackles while continuing to evaluate the situation downfield. What I need to continue to work on right now what I would say is probably more of agility and getting faster than anything else to again really help escape pressure, build on scrambles, and gain my team some extra yards.”

As for who he models his game after and who he’s idolized growing up, Illingworth says he’s not your average, run-of-the-mill Tom Brady stan. No, Illingworth stans the legend Joe Montana, which might actually be the second most interesting #take he unleashed in the interview behind this revelation: he also loves Josh Allen.

“Well everybody loves Tom Brady but I grew up as the biggest Joe Montana fan,” he said. “I would have his mural everywhere as a kid and he’s just a huge idol to me. Currently though I’d say Josh Allen if we’re talking about current NFL.”