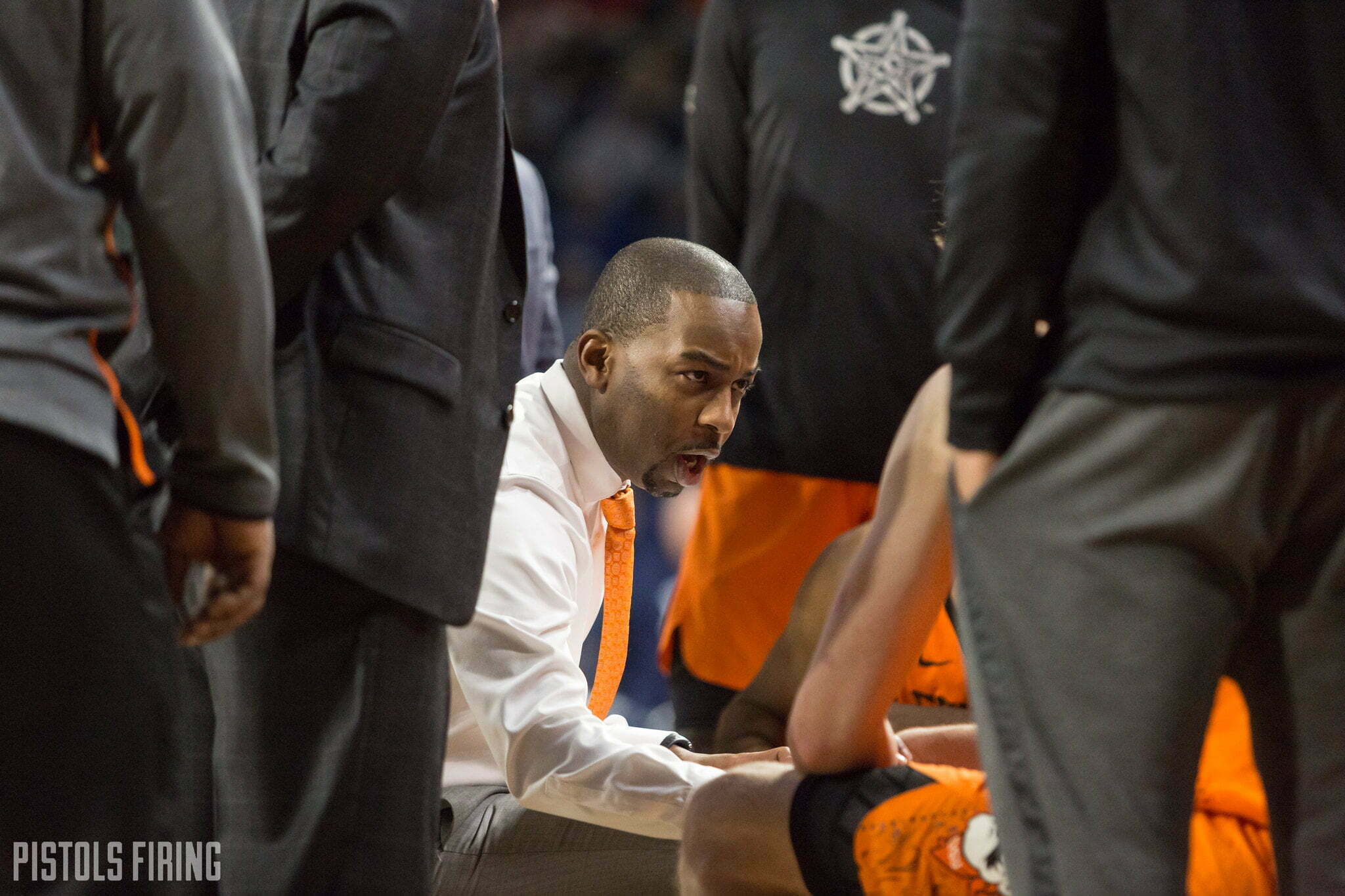 Twelve down, one to go.

The Oklahoma State basketball team has a scholarship to give, as last year when Trey Reeves was put on scholarship, it was expected to be a one-year thing. OSU coach Mike Boynton has already built a six-man incoming class, a class that includes five incoming freshmen and a graduate transfer in Jonathan Laurent. That uses 12 of the 13 NCAA teams are available to use.

With that said, Boynton doesn’t need to use all 13 scholarships to make a team — OSU had only seven healthy scholarship guys for much of this past season. The two most likely suitors for OSU’s available scholarship are Kevin Cross and Doudou Gueye, as both have taken visits to Stillwater recently.

Either of the pair would slide in nicely, as the Cowboys (and a lot of basketball teams) could use the size the 6-8 Cross and the 6-9 Gueye provide. The sky won’t be falling if OSU is unable to land one, though.

If the Cowboys were to take another guard, it would probably have to be a dang good one. It’s like when pro teams draft a best available player instead of a position of need, and at this point in the 2019 cycle, there aren’t many guys who warrant OSU taking a wing player left.

It can be hard to project positions of newcomers. At 6-6, Laurent could probably play small forward and power forward. Keylan Boone is also listed as a power forward on recruiting sites, but it’s tough to say if he projects to a post player or on the wing.

So, let’s take a look at OSU’s roster grouped into heights:

Here are some things to take from that: The Cowboys could use some frontcourt depth, but as mentioned earlier, Laurent will likely play a bit of power forward and Lindy Waters is capable, as is Marcus Watson. We’re talking literal inches here. It’s not like Cam McGriff and Kalib Boone are going to tower over Laurent.

The way that’s listed makes it also look like the Cowboys could use a ball handler, but Isaac Likekele is hiding out in the next category. So, I don’t see that being too big an issue.

So, if Cross or Gueye pick OSU, that’s great, but I’m not sure there is a need for Boynton to go after another guy who slides into that 6-4 to 6-6 unless that guy is too good to pass up.

As it sits now, Boynton has the chance to put together another big class in 2020. He already has the one scholarship available if it doesn’t get used for a 2019 player. Then McGriff, Waters, Dziagwa, Jones and Laurent will all be gone, setting up what could be another six-man class. That class has one player in it as of now, Davonte Davis, and it’s good enough to be the eighth-ranked class in the country.

The Cowboys started last season with 11 scholarship guys before Reeves got put on (+1), then Mike Cunningham left (-1), then Michael Weathers, Maurice Calloo and Kentrevious Jones were dismissed (-3), and Reeves broke his foot (-1). That left them with seven, so there is probably an argument out there to add an extra body, but it would obviously be better if it was the right body, a tall body.