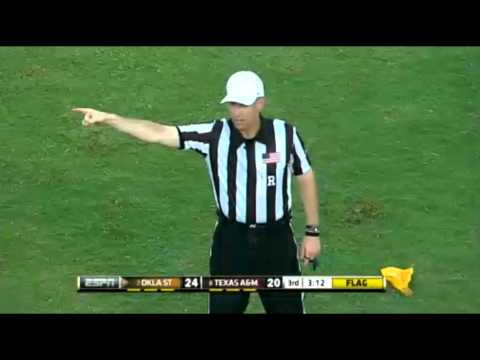 I think James Poling of the O’Colly coined the term “Shutdown Brown” or maybe it was “Lockdown Brown”…or maybe both, I was so hazy after OSU’s 2nd drive in the 2nd half on Saturday that my wife could have walked in the room, told me she was pregnant with triplets and that she was leaving me for a rival blogger and I wouldn’t even have blinked.

Either nickname is better than 4 hours of Matt Millen calling him “Brodrick Bulldog Brown” as if 1.) they’re tight and 2.) that’s his full legal name. I’m going to go out on a limb and say they aren’t tight and that’s not his middle name.

Brown was completely dialed in on Jeff Fuller, who may or may not have been suffering from a lingering hamstring injury but was definitely suffering from a case of “I might not even be the best receiver on my own team, much less the Big 12” afterwards.

The dude has a knack for gaudy interceptions, one he’ll need to procure with the loss of Hedgepeth and the move of Andrae May up the depth chart.